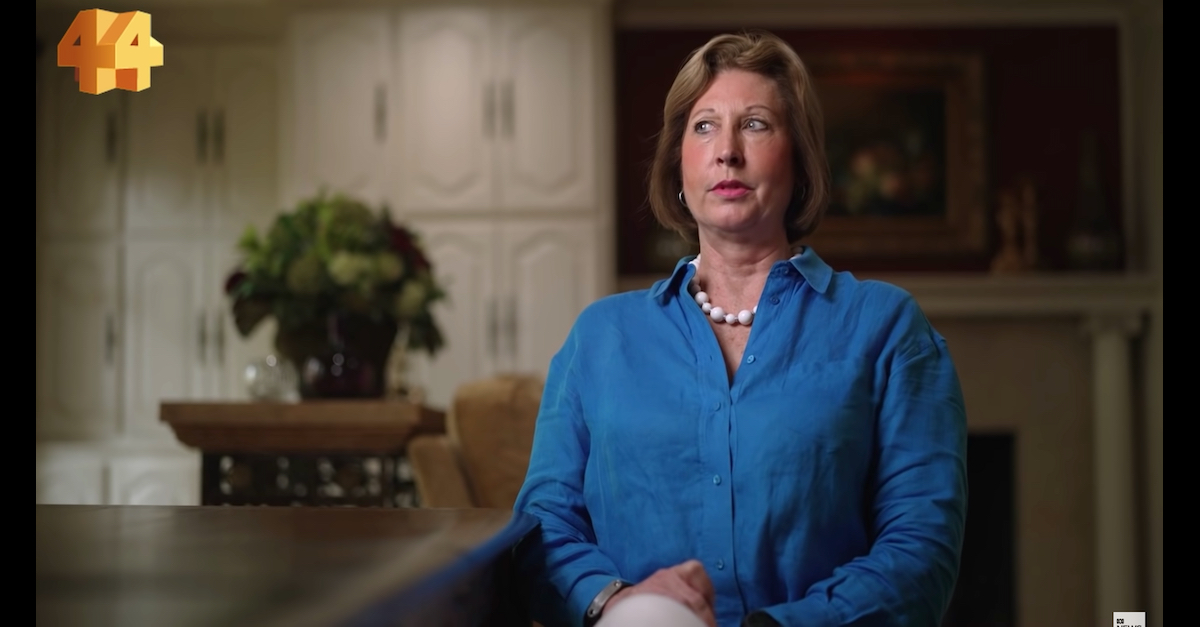 Indignant about what they describe as their portrayals as “overwrought, dangerous lunatics,” attorney Sidney Powell and her fellow “Kraken” lawyers asked a federal appeals court on Monday to reverse an “intemperate” sanctions order aiming at their law licenses.

Roughly half a year ago, a federal judge in Michigan referred Powell and eight of her co-counsel for possible disbarment because of their “historic and profound abuse of the judicial process”—namely, their litigation to overturn results of the 2020 presidential election.

“It is one thing to take on the charge of vindicating rights associated with an allegedly fraudulent election,” U.S. District Judge Linda Parker wrote in a 110-page order last August. “It is another to take on the charge of deceiving a federal court and the American people into believing that rights were infringed, without regard to whether any laws or rights were in fact violated. This is what happened here.”

For Parker, the litigation was “never about fraud”—but instead about “undermining the People’s faith in our democracy and debasing the judicial process to do so.”

“Sanctions Are Not a Saber”

Powell and her co-counsel Howard Kleinhendler, who was also sanctioned for his role in the litigation, reached for their historical and literary metaphors to denounce the lower court judge.

“The District Court has improved upon Voltaire’s observation that ‘[t]yrants have always some slight shade of virtue; they support the laws before destroying them’: It managed to shred the Constitution at the very same time it wrapped itself in the flag,” the conclusion of their 85-page appeal brief to the Sixth Circuit begins.

Judge Parker was hardly alone in finding Powell’s outlandish theories of an international plot to deprive former President Donald Trump of a second term baseless. Her “Kraken” lawsuits, named after the mythical, octopus-like monster dramatized in Hollywood’s “Clash of the Titans,” failed in every state where they were filed: Michigan, Georgia, Wisconsin and Arizona. She now faces a $1.3 billion defamation lawsuit by Dominion Voting Systems and possible disciplinary proceedings threatening potential suspension or disbarment.

To the “Kraken” lawyers, Judge Parker’s penalty smacked of Dick the Butcher’s brand of justice in “Henry IV.”

“In the canonical account of treachery towards a sovereign, it is one of the supporters of the pretender to the throne who proposes, ‘The first thing we do, let’s kill all the lawyers,'” Powell and Kleinhendler wrote, quoting William Shakespeare.

“That is because ‘Shakespeare knew that lawyers were the primary guardians of individual liberty in democratic England,'” their brief continues. “Americans know this too. Sanctions are not a saber but the resulting damage to civil society is the same. Shutting down speech is not our way.”

The sanctions order against the “Kraken” lawyers associated them with the Jan. 6 attack on the U.S. Capitol.

“Plaintiffs’ lawyers brazenly assert that they ‘would file the same complaints again,’” Judge Parker wrote last year. “They make this assertion even after witnessing the events of January 6 and the dangers posed by narratives like the one counsel crafted here. An attorney who willingly continues to assert claims doomed to fail, and which have incited violence before, must be deemed to be acting with an improper motive.”

Not accepting responsibility for the siege, Powell and Kleinhendler brush off those lines in their brief as an example of what they call “lavish outrage” by the lower court judge.

“Scoundrels Bent on Deceiving the Court”

Judge Parker found several “Kraken” litigation tactics beyond the pale. The lawyers anonymously submitted affidavits by purported military and intelligence experts, supposedly to protect the secret nature of their work.

The Washington Post later unmasked both of those witnesses: One of them, code-named in court papers as “Spyder,” was actually an auto mechanic named Joshua Merritt. Another, Terpsichore “Tore” Maras-Lindeman, was billed as a secret intelligence contractor but was portrayed by the paper as a small-town fraudster, who was civilly prosecuted in North Dakota for allegedly duping donors a supposed Christmas fundraiser.

Powell and Kleinhendler claim not to have known about Merritt’s “deceit,” claiming that the judge wrongly painted them as “scoundrels bent on deceiving the court.”

The city of Detroit’s lawyer David Fink noted that this was hardly the only time the “Kraken” lawyers got basic facts wrong and their witnesses crumbled under scrutiny.

“Reasonable minds cannot differ about whether Michigan has party registration, whether Michigan voters can vote absentee without using the mail, whether the Antrim County tabulation error was discovered by a hand recount, whether there was a 139% turnout in Detroit, whether ‘Spyder’ is a military intelligence expert, or whether it was evidence of fraud that Joe Biden received a greater share of the absentee ballot vote than Donald Trump,” Fink wrote last July.

Powell and Kleinhendler complained that Judge Parker’s recitation of these positions made them seem like “overwrought, dangerous lunatics.”

Despite the overwhelming failure of every lawsuit, audit, recount and other effort to overturn the 2020 presidential election, Powell and Kleinhendler cited the persistent belief in the conspiracy theory as evidence that it may be true.

“Millions of Americans believe the central contentions of the complaint to be true, and perhaps they are,” they wrote.

The “Kraken” lawyers want a reversal of the sanctions order and re-assignment of the case to a different federal judge. The city of Detroit’s counsel did not immediately respond to a text message requesting comment.

Read the brief, below:

(image via the Australian Broadcasting Corporation/YouTube)