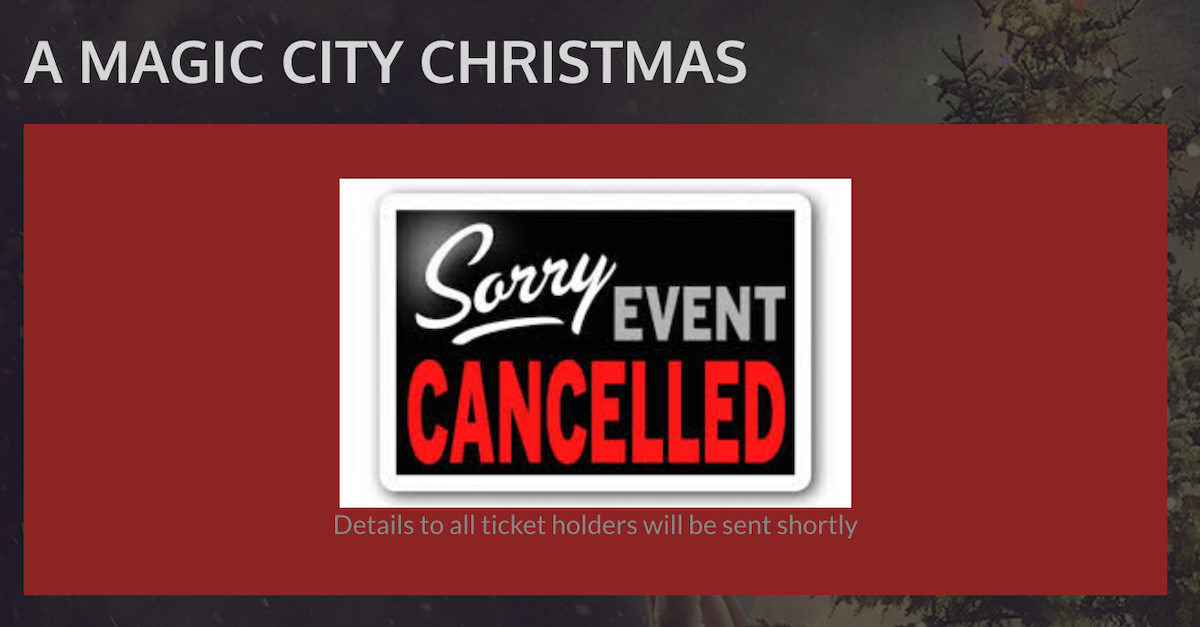 The now-defunct website of Magic City Christmas is listed in court papers for the civil fraud case against pro-Trump podcaster Terpsichore Maras-Lindeman, who was exposed as Sidney Powell’s secret “Kraken” witness on Thursday.

Three yuletide seasons ago, a North Dakota resident named Terpsichore “Tore” Maras-Lindeman promised a holiday concert that she billed as a “Magic City Christmas,” named after the roughly 40,000-population city of Minot where she promised to hold a concert to benefit three homeless shelters.

The state’s attorney general discovered she spent what little she raised on GoFundMe at McDonald’s, Wal-Mart, Waxing the City, Target and other stores. Those findings were certified by a judge who slapped the purported do-gooder with more than $25,000 in civil penalties and attorneys’ fees earlier this year.

It was the small-time fraud story that rarely makes national news, but Maras-Lindeman secretly held another distinction. She reportedly signed up as right-wing lawyer Sidney Powell’s confidential witness, claiming to be a secret intelligence contractor who could show how foreign governments manipulated U.S. voting machines to secure President-elect Joe Biden’s victory.

“The Trump Administration made it clear that there is an absence of a major U.S. alternative to foreign suppliers of networking equipment,” her redacted declaration states, touting her supposed expertise as a “trained cryptolinguist.” “This highlights the growing dominance of Chinese manufacturers like Huawei that are the world’s LARGEST supplier of telecom and other equipment that endangers national security.” 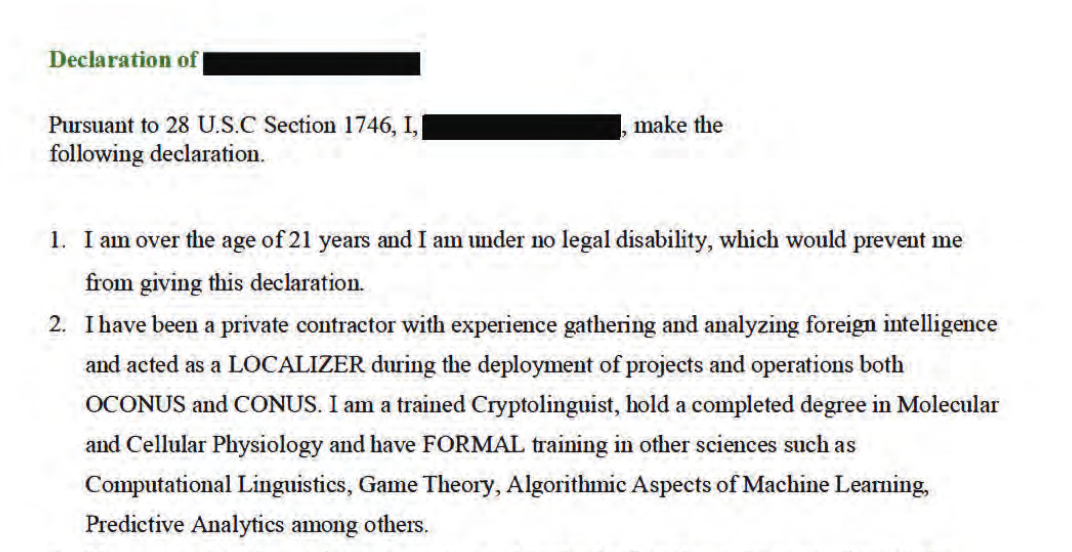 Powell fought to keep Maras-Lindeman’s identity under wraps, but the Washington Post identified her on Christmas Eve in a report exposing her as a pro-Trump podcaster whose Navy experience lasted less than a year.

“For example, [Maras-Lindeman] falsely claimed to be a 22-year veteran of Naval intelligence and a Purple Heart recipient,” the 18-page judgment against her states. “She also falsely claimed that she was operating a medical laboratory (‘ML Labs’) and that she was doctor, among other false educational and employment accomplishments.”

It was the second secret Powell witness whose U.S. military credentials the newspaper found to be far less substantial than advertised, once exposed by the Post.

The first, who tried to testify under the code-name “Spyder,” was previously revealed to be Joshua Merritt. He now faces a possible defamation lawsuit by Dominion, which sent him one of 21 letters demanding the preservation of evidence.

Powell’s team described Merritt as a “Military Intelligence expert” who would provide unambiguous proof that voting systems used in the election were compromised. He was actually an army vehicle mechanic who had never worked in military intelligence.

Maras-Lindeman, who is appealing the civil fraud findings against her to the state’s Supreme Court, depicted herself as the victim of political prosecution because of a possible mayoral run under the slogan “Make Minot Great Again,” according to the Post.

Her defense attorney, David C. Thompson, was a Democratic challenger to her prosecuting Attorney General Wayne Stenehjem. Thompson questioned why North Dakota invested its resources clamping down on a small-fry operation.

“They took a missile to kill a fly,” Thompson told the Post.

Now that she has been publicly identified, Maras-Lindeman’s civil exposure could now compound with Dominion and Smartmatic repeatedly threatening Powell, her co-counsel Lin Wood, and their witnesses with litigation. Powell nicknamed her litigation the “Kraken” after the octopus-like creature of Scandinavian mythology that received pop-cultural treatment in the Hollywood blockbuster “Clash of the Titans.” The sea monster was slain by Perseus of Greek mythology in the movies.

State and municipal authorities have sought sanctions against the “Kraken” counsel and plaintiffs for filing meritless lawsuits that they describe as designed to destabilize U.S. democracy. A Delaware judge cited a false affidavit by one of Wood’s post-election witnesses as a reason to revoke Wood’s permission to represent Carter Page in an unrelated defamation action there.

See the archived website of Maras-Lindeman’s defunct charity here, and read the civil judgment against Mara-Lindeman below: