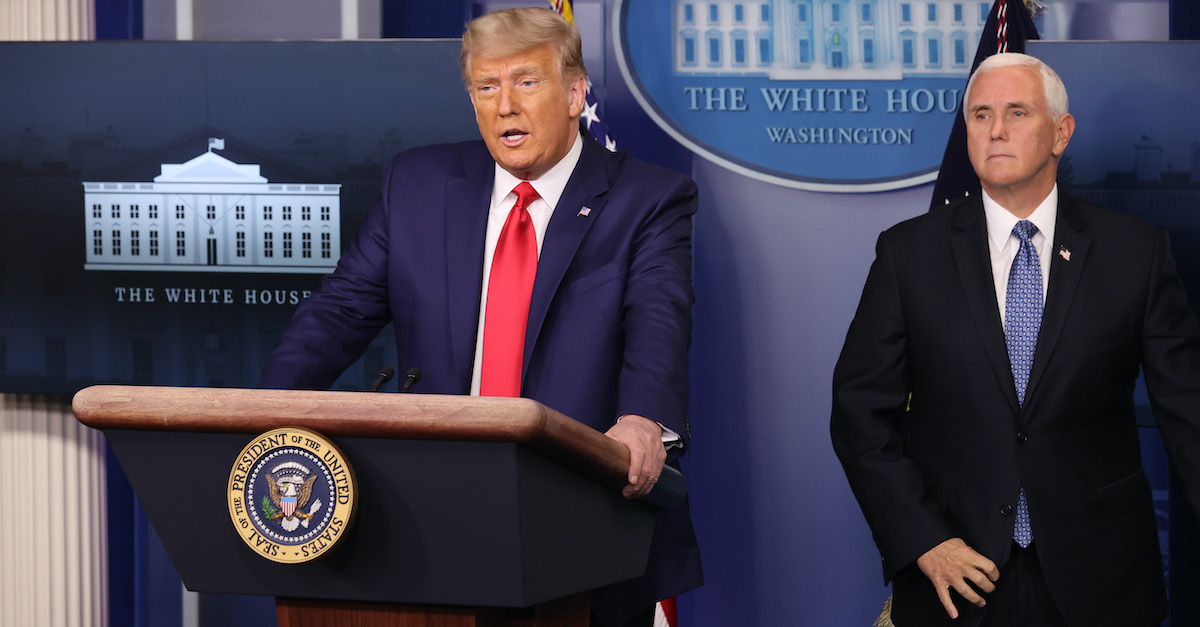 Lame-duck President Donald Trump and his soon-to-be ex-vice president Mike Pence both signed onto lawsuits filed in Milwaukee Circuit Court pestering judges to overturn the Badger State’s election—but only for Milwaukee and Dane Counties, where most of the voters of color live.

It was a request that, in a separate lawsuit, Wisconsin Governor Tony Evers (D) denounced as a “shocking and outrageous assault on our democracy”; Democratic Party attorneys, echoing civil rights groups in other states, called out Trump’s focus on counties where Black voters live as racist.

“That requested ‘relief’ is an affront to the voters of Dane and Milwaukee Counties—not coincidentally, the counties with the most urban residents and voters of color, who voted overwhelmingly for the Biden-Harris ticket,” the party’s attorney Charles G. Curtis, Jr., from Perkins Coie, wrote in opposition papers a week ago, calling out the “blatantly discriminatory” request.

“By failing to reject the aforementioned absentee ballots, or absentee ballot envelopes and certifications, the Milwaukee County Board of Canvassers caused harm to plaintiffs by counting votes cast in contravention of the Wisconsin Statutes and including those votes in the recount totals, thereby directly impacting the outcome of the election,” their attorney James R. Troupis wrote.

A parallel lawsuit contains the identical sentence, except swapping Milwaukee County with Dane.

This last-ditch lawsuit, like the dozens of others by Trump and his allies, is almost certain to fail. Wisconsin’s Supreme Court rejected another just like it on Dec. 3, with one conservative Justice Brian Hagedorn calling it a “real stunner.”

“We are invited to invalidate the entire presidential election in Wisconsin by declaring it ‘null’—yes, the whole thing,” Hagedorn wrote. “And there’s more. We should, we are told, enjoin the Wisconsin Elections Commission from certifying the election so that Wisconsin’s presidential electors can be chosen by the legislature instead, and then compel the Governor to certify those electors. At least no one can accuse the petitioners of timidity. Such a move would appear to be unprecedented in American history.”

Describing the absent evidentiary basis for requesting this relief, Hagedorn said what is at stake is the underpinnings of U.S. democracy.

“While the rough and tumble world of electoral politics may be the prism through which many view this litigation, it cannot be so for us,” he wrote. “In these hallowed halls, the law must rule.”

The complaints do not explain what roles President-elect Biden and Vice President-elect Harris could possibly have in election administration in two Wisconsin counties. County officials are also listed as co-defendants.

Read Trump and Pence’s Milwaukee and Dane County complaints below: