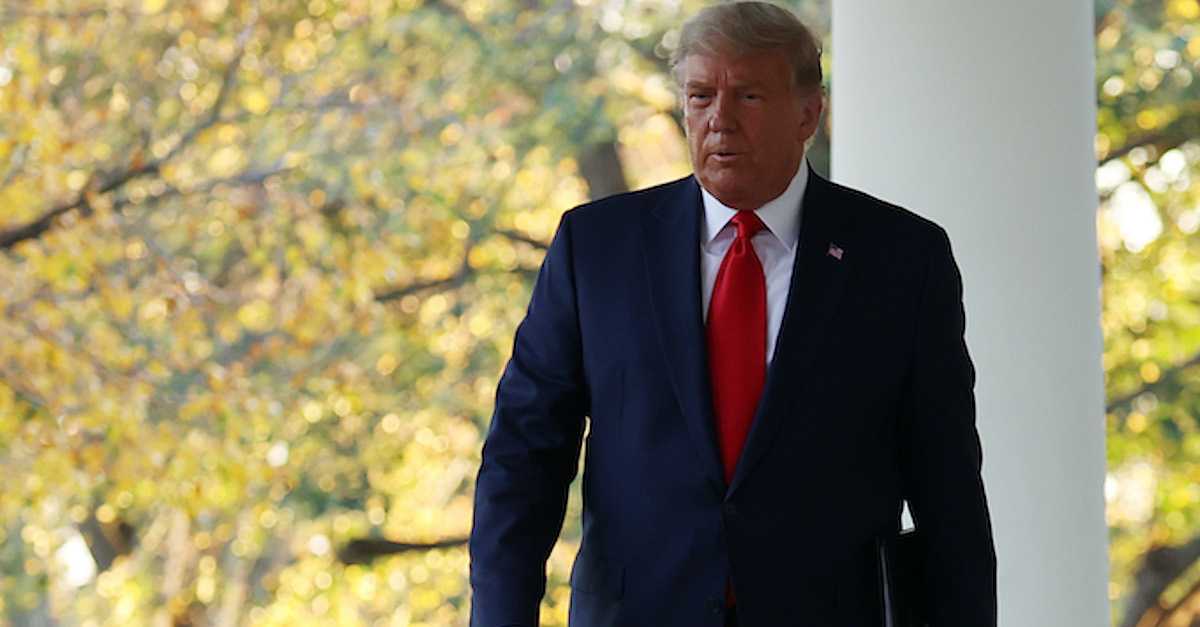 The decision does not preclude the Trump campaign from filing suit in circuit court.

On Tuesday, December 1, the president’s legal team filed a lawsuit with the state’s highest court seeking to leapfrog the statutory appeals process by claiming that there was simply “not enough time” to contest the results of Wisconsin’s recount. That recount, which was requested and paid for by the Trump campaign, actually increased Biden’s vote lead in the state–and was decidedly not the outcome that Trump and his allies had hoped for.

As Law&Crime previously reported, Wisconsin Governor Tony Evers (D) filed an incisive opposition brief late Monday night which took the campaign to task for seeking “nothing less than to overturn the will of nearly 3.3 million Wisconsin voters” and accusing the president of a “shocking and outrageous assault on our democracy.”

The statute provides that the aggrieved party may subsequently appeal the circuit court’s order to the court of appeals.

“This statutory procedure—and President Trump’s concession that Section 9.01 applies here—should end the matter,” the Evers brief went on. “The appeal of the recount goes first to circuit court, which is statutorily tasked with holding a scheduling conference, securing ballots, and making findings of fact. For good reason, the Legislature has not made [the Wisconsin Supreme] Court the finder of fact.”

This position–that the Wisconsin Supreme Court should not exercise original jurisdiction over the attempt to bypass the statutorily-mandated appeals process–was Evers’ primary argument and the argument that ultimately held the day.

And while the opinion itself, comprising just a few sentences, necessarily doesn’t offer much in the way of analysis, a concurrence by Judge Brian Hagedorn offers what was presumably the majority’s rationale in declining to entertain the action.

I understand the impulse to immediately address the legal questions presented by this petition to ensure the recently completed election was conducted in accordance with the law. But challenges to election results are also governed by law. All parties seem to agree that Wis. Stat. §9.01 (2017–18) constitutes the “exclusive judicial remedy” applicable to this claim. After all, that is what the statute says. This section provides that these actions should be filed in the circuit court, and spells out detailed procedures for ensuring their orderly and swift disposition.

“Following this law is not disregarding our duty, as some of my colleagues suggest,” the concurrence continues. “It is following the law.”

Read the court’s full opinion and order below: