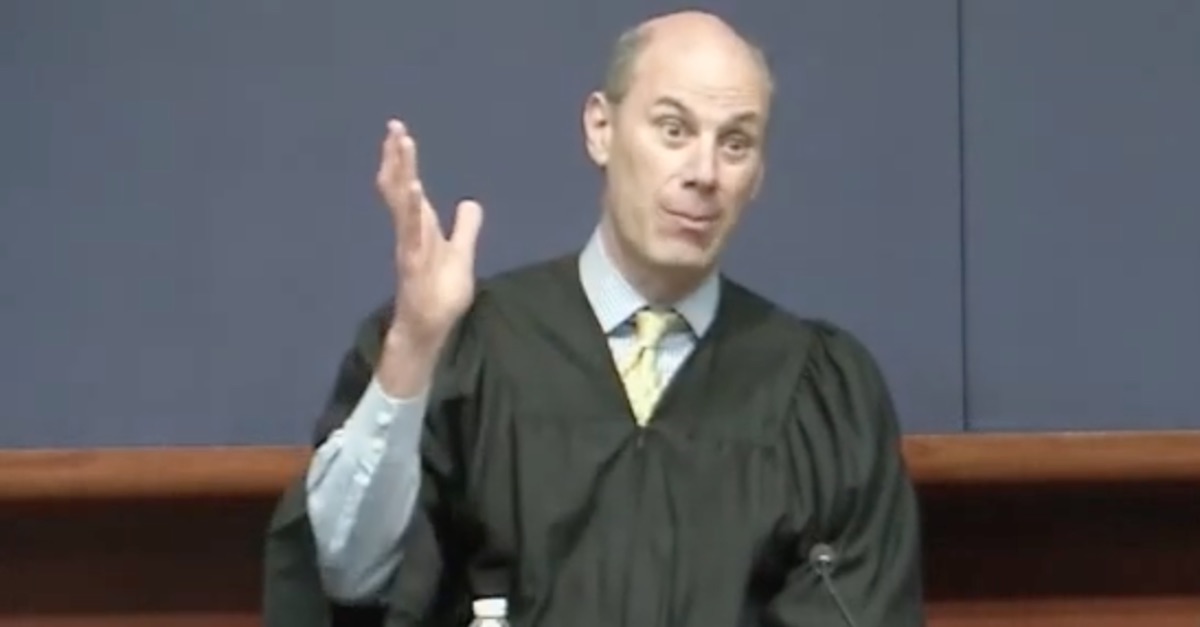 A federal judge in Washington, D.C. on Friday pilloried a Minnesota attorney who sued former Vice President Mike Pence in an attempt to overturn the results of the 2020 presidential election, referring him to the Committee on Grievances for possible disciplinary action.

U.S. District Judge for the District of Columbia James Boasberg, an appointee of Barack Obama, said attorney Erick Kaardal failed to “sufficiently allayed the Court’s concerns regarding potential bad faith” in filing the widely criticized December action that named Pence, Congress, several swing states, and even the Electoral College as defendants. The lattermost caused quite a stir amid the legal community, as the Electoral College isn’t actually an entity you can sue.

Boasberg, who last month ordered Kaardal to submit a Declaration to the court explaining why he should not be referred to the committee, provided a litany of reasons for the decision in a four-page order that categorized the Kaardal’s complaint as little more that “political grandstanding.”

The judge began by noting that Kaardal’s Declaration spent most of its time “supporting the suit’s theory on the unconstitutionality of the federal and state statutes at issue” but failed to directly address why.  Despite explicitly disclaiming any theory of fraud, Kaardal used “scores of pages” regurgitating false and debunked claims of fraud, the judge noted.

“The only reason the Court can see for the Complaint to spend 70+ pages on irrelevant allegations of fraud, not one instance of which persuaded any court in any state to question the election’s outcome, is political grandstanding,” he wrote. “The Response never explains otherwise.”

Filed on behalf of the uber-conservative Wisconsin Voters Alliance, the suit — which one legal commentator referred to as “the single dumbest election lawsuit of the entire cycle” — alleged that state legislatures in every state were constitutionally required to approve the certification of election results before they could be formally counted by Congress.  (Generally, an elections official, such as a Secretary of State, handles such certifications — with observation by the major political parties.)

Boasberg also said the timing of the filing reflected that Kaardal was merely using the legal system to generate headlines, not make a serious legal challenge.

“[I]f Plaintiffs were in good faith challenging the constitutionality of federal and state statutes that have long been on the books, why wait until two weeks before the electoral votes were to be counted?” he wrote. “This claim, just like the one attacking the federal election statutes, could have been brought any time over the past years (or, in some cases, decades). It is fanciful that counsel needed to worry whether states would in fact take the allegedly unlawful action of certifying their election results without the state legislature’s involvement, as state statutes required them to do just that. To wait as counsel did smacks once again of political gamesmanship and may be relevant to the Committee.”

The Court also highlighted the Kaardal’s lackluster attempt to serve the named defendants or request a hearing as further evidence the suit was frivolous.

“A suit that truly wished a merits opinion before January 6 would have given notice to all Defendants as soon as (or before) the Complaint and Motion were filed on December 22, 2020,” wrote the judge. “Plaintiffs never did this or ever contacted the Court about a hearing prior to its January 4 Opinion, leading the Court to conclude that they wished only to file a sweeping Complaint filled with baseless fraud allegations and tenuous legal claims to undermine a legitimate presidential election.”

Read the order below.