Dominion Urges Federal Judge Not to Throw Out Lawsuit Against Sidney Powell: ‘Attorneys Do Not Have a License to Lie’ 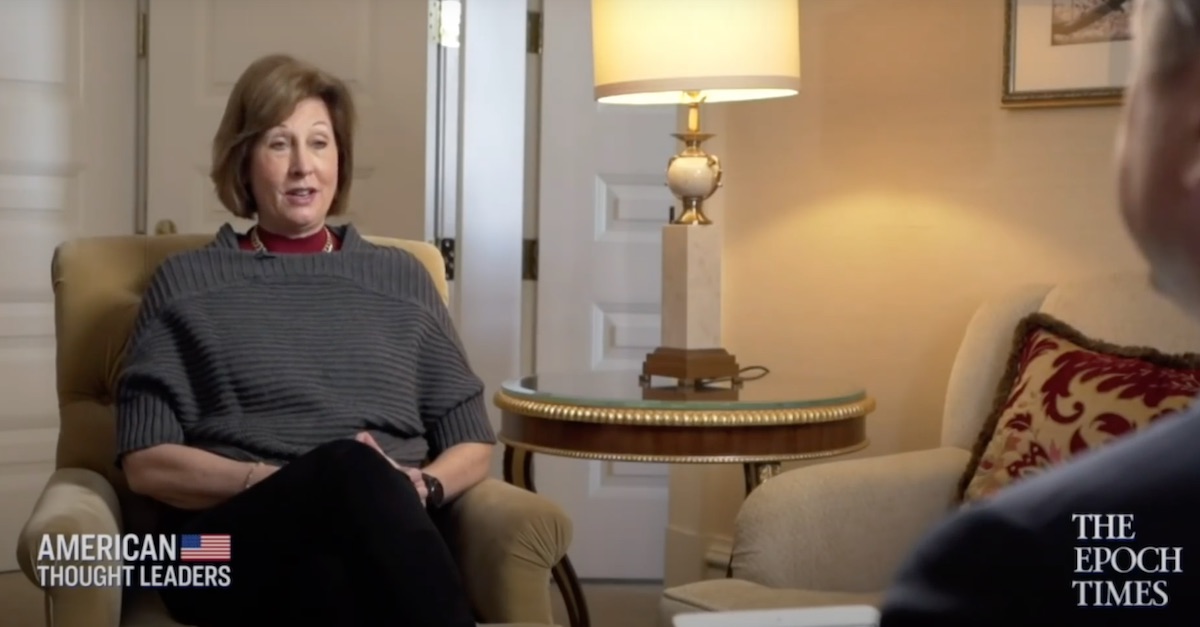 Attorneys for Dominion Voting Systems told a federal judge on Monday that conservative lawyer Sidney Powell must be held accountable for her out-of-court attacks on the voting machine vendor or that the court risks creating “unprecedented immunity for attorneys to wage televised disinformation campaigns.”

Filed with the U.S. District Court for the District of Columbia as a response to Powell’s motion to dismiss from late March, Dominion’s attorneys are pushing back against claims made by the attorney that her repetition of false conspiracy theories amounted to protected speech by an “attorney-advocate” speaking out on behalf of her “preferred candidate.”

Recall: Dominion is suing Powell (and several other people and media outlets) for late 2020 efforts to explain away former president Donald Trump‘s loss to Joe Biden by repeating baseless and “error-filled” claims made by Powell and her allies that dead Venezuelan president Hugo Chavez had some connection to the vendor as well as competitor Smartmatic–among various other attacks on the voting machine companies.

Notably, the billion-dollar defamation lawsuit against Powell is not premised on her use of those conspiracy in court pleadings but, rather, during numerous television appearances with sympathetic media outlets.

“Attorneys do not have a license to lie,” Dominion’s attorneys wrote in their 56-page response motion, seemingly referencing Powell’s book. “Although statements made inside the courtroom are subject to certain privileges that are not appliable [sic] to the out-of-court statements at issue in this case, Powell asks this Court to manufacture a sweeping and unprecedented immunity for ‘attorney advocates’ who knowingly or recklessly spread defamatory falsehoods during televised disinformation campaigns involving advocacy for their ‘preferred candidate’—i.e., to create a propaganda exception to defamation liability. No such immunity has ever been recognized and settled law forecloses this argument.”

The response motion goes on:

[A] law license is not a license to lie, and courts routinely permit defamation actions to proceed against attorneys based on statements made outside the courtroom—even when those statements relate to litigation. Dominion’s defamation claims are not based on the statements Powell made in court, but on Powell’s monthslong, sustained defamatory campaign that she peddled in D.C. and broadcast on television and over the internet. Such out-of-court statements are not privileged.

Powell’s attorneys claim that her media appearances are not actionable statements that can be subject to defamation laws under the nation’s free speech regime.

“First Amendment protections are not limited to filing lawsuits; they extend to activities that precede or are concomitant with the litigation, such as soliciting clients, publicizing the possibility of legal redress, and gaining public support,” the motion to dismiss argues.

In their Monday response, Dominion’s attorneys dismissed this line of thought by saying that Powell was effectively asking for the creation of an exemption to longstanding defamation law and precedent.

“The law does not confer immunity from defamation liability simply because speech could be characterized as ‘political’ or as involving ‘advocacy,'” the filing by attorney Megan L. Meier reads. “Indeed, courts across the country have repeatedly held that defamation claims based on political speech could proceed.”

According to the filing, Powell’s previous use of cases in service of her First Amendment argument had nothing to do with defamation law.

[T]he question is not whether the First Amendment protects ‘advocacy,’ but whether people enjoy constitutional immunity to publish defamatory falsehoods,” Dominion argues. “The answer, under settled precedent, is no. Powell’s statements are actionable because, as the Supreme Court has explained, ‘there is no constitutional value in false statements of fact.’ Engaging in ‘advocacy’ does not change that.”

Law&Crime reached out to Powell for comment on this story but no response was forthcoming at the time of publication.