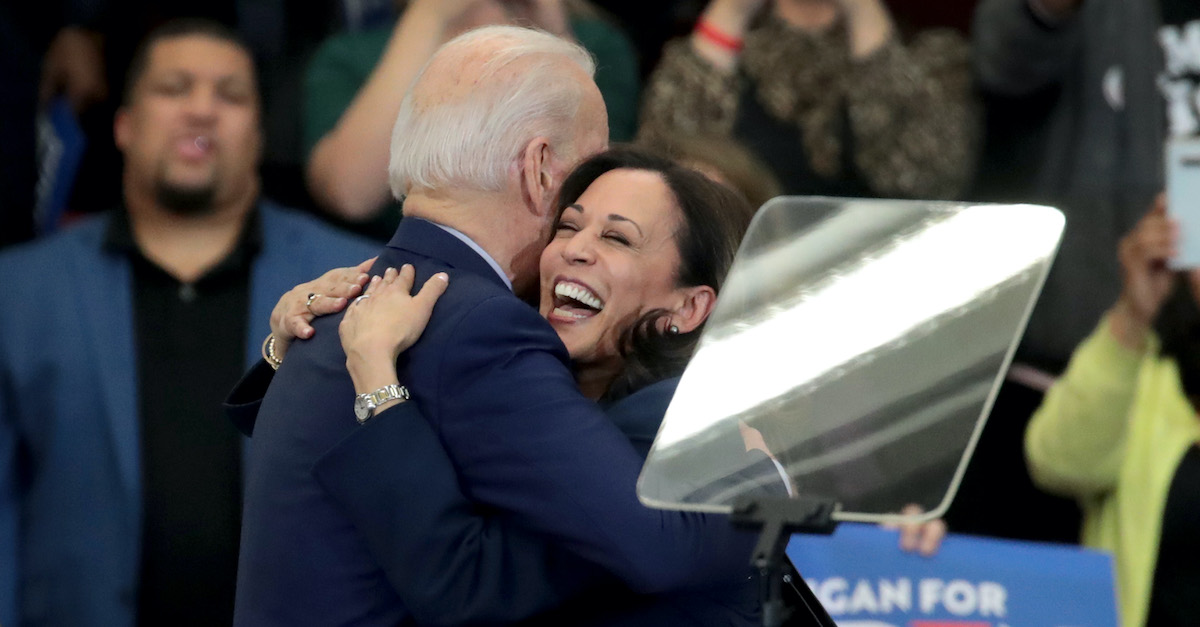 When ballots started being counted across the country for the 2020 presidential election, many Democrats felt pangs of dread and déjà vu. Polls predicted another landslide in their favor, only for the returns to seemingly tilt toward President Donald Trump. Once again, the mass of data at their side appeared to be a deception, and the experts had been mocked.

Then, red mirages gave way to blue oases, stacks of mail-in ballots flipped previously unwinnable districts, and after a weeklong wait before an anxious nation, the erstwhile opposition party cast aside what for them had been the demons of the 2016 election.

Former vice president Joe Biden will be the next president of the United States, the Associated Press projected on Saturday. All signs indicate that Democrats will hang onto the House of Representatives, with the Senate’s composition potentially hinging upon runoff elections in Georgia next year.

At 11:25 a.m. Eastern Time, Pennsylvania had been called for Biden, tipping the electoral college well beyond the 270-point threshold and rendering Trump a one-term impeached president.

“I am honored and humbled by the trust the American people have placed in me and in Vice President-elect Harris,” Biden said in a statement released minutes after the AP’s call. “In the face of unprecedented obstacles, a record number of Americans voted. Proving once again, that democracy beats deep in the heart of America.”

The former vice president has won the Keystone State at margins that would moot any Supreme Court battle about late-arriving ballots. His comfortable lead in Georgia suggests that he could be the first Democratic president since Bill Clinton to snag the Peach State. Biden’s popular vote count has overtaken Trump by more than 4 million votes, eclipsing Hillary Clinton’s margin. If Biden’s leads hold in other states, the future president could wind up with the same number of electors that Trump accrued four years ago: 306.

Biden had all but promised this moment on Wednesday, in an address bearing the hallmarks and rhetoric of a victory speech, save for a claim that he had yet won.

Two nights later, with still no call delivered by the Associated Press or major networks, Biden gave a more definitive pronouncement to his supporters from his current home city of Wilmington, Delaware: “My fellow Americans, we don’t have a final declaration of victory yet, but the numbers tell a clear and convincing story: We are going to win this race.”

Again striking the tone of an elder statesman, Biden advised: “The purpose of our politics, the work of the nation, isn’t to fan the flames of conflict — but to solve problems.To guarantee justice. To give everybody a fair shot. To improve the lives of our people.”

“We may be opponents, but we are not enemies,” he added.

Unity and reconciliation may prove difficult, if not impossible, in the near term, with Trump refusing to concede, baselessly accusing Biden of stealing the election, and threatening protracted litigation all the way up to the Supreme Court, if the justices will listen to the soon-to-be lame-duck president.

“If you count the legal vote, I easily win,” Trump lied from the White House Briefing Room, during hastily assembled and freewheeling remarks that began at 6:48 p.m. Eastern Time on Thursday. “If you count the illegal votes, they can try to steal the election from us. If you count the votes that came in late, we’re looking at them very strongly.”

Such a cascade of falsehoods and conspiracy theories has earned Trump’s Twitter account a series of warning labels from Twitter for propagating election misinformation, but these remarks were carried live on national television. CNN covered the speech uninterrupted. NBC News cut away and slapped a chyron labeling his claims false. Trump took no questions from the skeleton crew of reporters allowed in the room because of pandemic-related social distancing mandates. He insulated himself from press scrutiny ever since, nursing grudges, creating alternate realities and propagating them in whatever social media echo chamber would allow him that platform.

Less than an hour before the contest had been called, Trump posted all-caps misinformation: “I WON THIS ELECTION, BY A LOT!”

Baseless as it is, Trump’s tale has wide mileage from his supporters who have taken to the streets.

Goaded by their leader, Trump supporters chanted “Stop the count!” earlier this week outside a precinct in Detroit, before Biden later overtook the president in Michigan, and “Count those votes!” outside one in Arizona’s Maricopa County, where Trump appeared to be narrowing his deficit. Some protesters showed up armed. Trump’s campaign joined local Republicans in quixotic lawsuits across the country to stymie mail-in voting, which has favored Democrats as the White House turned public health into a culture war. More often than not, judges tossed out the cases.

Undeterred by a string of legal and electoral losses, the Trump campaign claims to be girding up for a new legal offensive.

“Beginning Monday, our campaign will start prosecuting our case in court to ensure election laws are fully upheld and the rightful winner is seated,” Trump’s statement read, glossing over their flailing litigation commenced long ago.

During his post-presidency, courthouses may continue to be familiar places for Trump, who stacked the federal judiciary with his appointees at the moment he potentially faces expanding legal jeopardy from debts, lawsuits and state and federal prosecution. Manhattan District Attorney Cyrus Vance, a Democrat, has been pursuing his tax returns for an ongoing fraud investigation; the presidential immunity that led special counsel Robert Mueller not to state outright that Trump obstructed justice will expire after the president leaves office. The New York Times has reported that Trump confided to his advisers that he fears this potential criminal exposure.

Building upon his 8-year stint inside the White House, Biden will re-enter 1600 Pennsylvania Avenue without Barack Obama and facing many challenges: a deeply conservative 6-3 Supreme Court, international alliances frayed by broken treaties, and potentially, a Senate leader who boasts of being the “grim reaper” of his party. The United States exited the Paris climate accords on the day after Election Day, the first day Trump was able to torpedo the global effort to address the climate crisis. The coronavirus pandemic reached record infections on Wednesday, surpassing 100,000 cases in a day in the nation he will lead. Biden also will contend with an ongoing campaign by the election’s declared loser to invalidate the vote in the courts and de-legitimize the contest on Twitter.

These Republican legislative and judicial hurdles have forced Biden, a self-described centrist steeped in the rhetoric of bipartisanship, to consider strategies a younger version of him may have rejected. Biden has said he does not like the idea of expanding the number of Supreme Court justices, but he would convene a panel to consider that idea. He has recused himself from the question of whether his predecessor should be criminally prosecuted, saying he would leave any such decision to the discretion of his Department of Justice. His vice president Kamala Harris, a former prosecutor in California, showed no such restraint in the primary contest, where she announced in a debate that Trump should face charges.

Once she joined the ticket, Harris softened her tone, and her status as the first female vice president—breaking through that glass ceiling as a Black woman of Asian descent—inspired many.

“You could be president, but not right now,” Harris reportedly told her 4-year-old great-niece. “You have to be over the age of 35.”