Teen Who Allegedly Wanted to ‘FIGHT’ for Trump at Capitol Was Attacked in Jail, Also Caught COVID: Defense 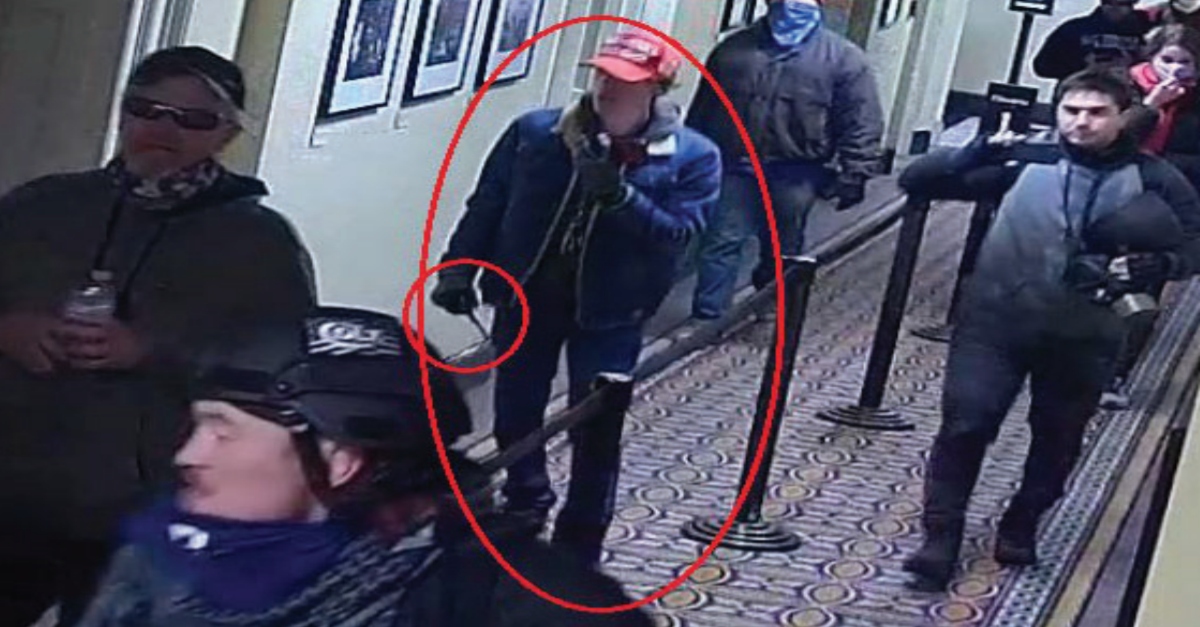 In their bid to get him out of the Grady County Jail in Oklahoma, attorneys for an 18-year-old defendant in the U.S. Capitol siege said another inmate attacked him. They also said their client caught COVID-19 while behind bars. Bruno Joseph Cua was put in solitary confinement either because of one or both of these things, according to a motion dated Monday.

“We understand that the inmate struck Mr. Cua in the face with his open hand, injuring his nose, over the use of the phone, and then threatened him regarding the incident,” stated a motion from lawyers William E. Zapf and Jonathan Jeffress.

Cua, who is from Milton, Georgia, is one of the Donald Trump supporters charged with raiding the U.S. Capitol Building on Jan. 6. He allegedly shoved a police officer and was armed with a baton.

The invaders postponed, but did not stop Congress from certifying results for current President Joe Biden. Five people died amid the chaos, however: four Trump supporters and a Capitol police officer. Another Capitol officer, a D.C. Metro officer, and a defendant died by suicide days later.

The siege followed an incendiary speech, in which then-President Trump repeated his lies that he actually won the 2020 presidential election. He told his supporters the election was stolen from him. As indicated in the criminal complaint, such rants motivated Cua to visit D.C. in the first place. From the document:

On or about January 8, 2021, the FBI received a tip identifying CUA’s Parler account, @PatriotBruno with display name Brunocua, along with posts from CUA’s account. In some of the posts, CUA referenced plans to travel to Washington, D.C. on January 6, 2021. In other posts, CUA stated, “President Trump is calling us to FIGHT!” and “This isn’t a joke, this is where and when we make our stand. #January6th, Washington DC.” The tip also stated CUA “actively encouraged the events on the sixth for 11 days leading up to the domestic terrorist attack.”

Authorities cite CCTV and a New Yorker video in placing Cua at the Capitol that day. As heard in the latter footage, a rioter complained after another co-defendant chastised the group for rummaging around the Senate Chamber.

“They can steal an election, but we can’t sit in their chairs?” he said. Authorities say that a tipster, who is a law enforcement officer that previously interacted with the defendant, identified this speaker as Cua.

CCTV showed Cua armed with a baton, twirling it around, authorities said. He tried to open a door at the Capitol. Investigators also say that he was one of the rioters who shoved a plainclothes Capitol police officer identified as G.L.

Now the defense throws Trump under the bus, saying their client regretted his involvement in the events of that day. They describe Cua as an impressionable teen whose life “largely revolved around social media.” They said he did not cause property damage, and did not plan an attack nor conspire with other people.

“At the detention hearing in Georgia, the government presented a number of direct messages Mr. Cua sent to other individuals to support their allegations that he is such a danger that no conditions of release could reasonably assure the safety of the community,” the defense wrote in a Feb. 26 filing. “But those messages are the idle chatter of an extremely passionate, but very naïve, teenager who was parroting what he heard and saw on social media. Mr. Cua did not come up with these ideas on his own; he was fed them.”

As part of their idea for release, attorney said Cua could be let go on March 16—10 days after his positive test for COVID-19. He had no symptoms before or after the positive test, they said. Attorneys also suggested that Cua could be released sooner and self-quarantine in Oklahoma, maybe at a hotel.