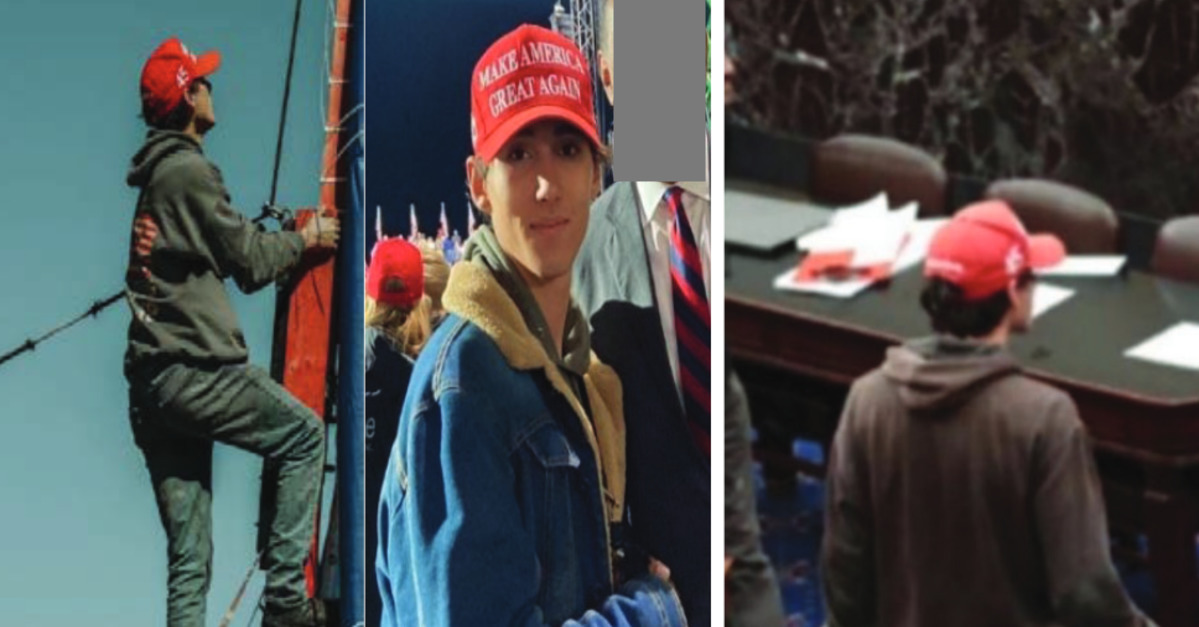 Bruno Joseph Cua, an 18-year-old from Milton, Ga., was arrested and charged late last week over his admitted involvement in the Jan. 6 attack on the U.S. Capitol Complex.

“President Trump is calling us to FIGHT!” the account Brunocua posted. “#DOJ, #SCOTUS, #FBI, His own cabinet, everyone has betrayed him. It’s Trump & #WeThePeople VS the #deepstate and the #CCP. He knows this is the only way to save our great country, show up #January6th. It’s time to take our freedom back the old fashioned way. #Thisisour1776.”

Appended to that Parler post was the following late December post from Trump’s Twitter account: “The ‘Justice’ Department and the FBI have done nothing about the 2020 Presidential Election Voter Fraud, the biggest SCAM in our nation’s history, despite overwhelming evidence. They should be ashamed. History will remember. Never give up. See everyone in D.C. on January 6th.”

A second Parler post attributed to Cua presses the issue while sharing another Trump Twitter call to action on the infamous date in question.

“This is the third time he’s tweeted about it,” the user @PatriotBruno wrote. “This isn’t a joke, this is where and when we make our stand. #January6th, Washington DC. Be there, no matter what. Nothing is more important. #LIVEFREEORDIE #FIGHTFORTRUMP #1776 #WETHEPEOPLE.”

According to the FBI, Cua originally appeared on law enforcement’s radar after “at least two tips” identified him as a participant in the pro-Trump riots that let five people dead and numerous more injured.

In a refrain that’s become common with criminal defendants in the dozens of cases filed so far against the Capitol rioters, Cua’s own alleged social media was cited by the government as evidence.

“Yes, for everyone asking I stormed the capital [sic] with hundreds of thousands of patriots,” the 18-year-old wrote in an Instagram post referenced in a criminal complaint. “I’ll do a whole video explaining what happened, this is history. What happened was unbelievable.”

“Yes, we physically fought our way in,” the post concluded.

Court papers note that the alleged rioter was later identified by a police officer from Georgia who “has had direct interactions” with Cua “including in-person.” This officer identified Cua from a D.C. Metropolitan Police Department presentation titled “Persons of Interest in Unrest-Related Offenses” and later provided the FBI with screenshots from what is alleged to be the teenager’s Instagram account, which is still active as of this writing.

The charging document also relies heavily on a Jan. 17 video published by the New Yorker which appears to show Cua “facing the camera, wearing the dark sweatshirt, holding the same jean jacket in his left hand, a cellular phone in his right hand, while wearing grey gloves,” according to the FBI.

“They can steal an election, but we can’t sit in their chairs?” Cua is allegedly heard off-camera asking out loud.

According to the Atlanta Journal-Constitution, Cua is the son of a corporate vice president and professional photographer.