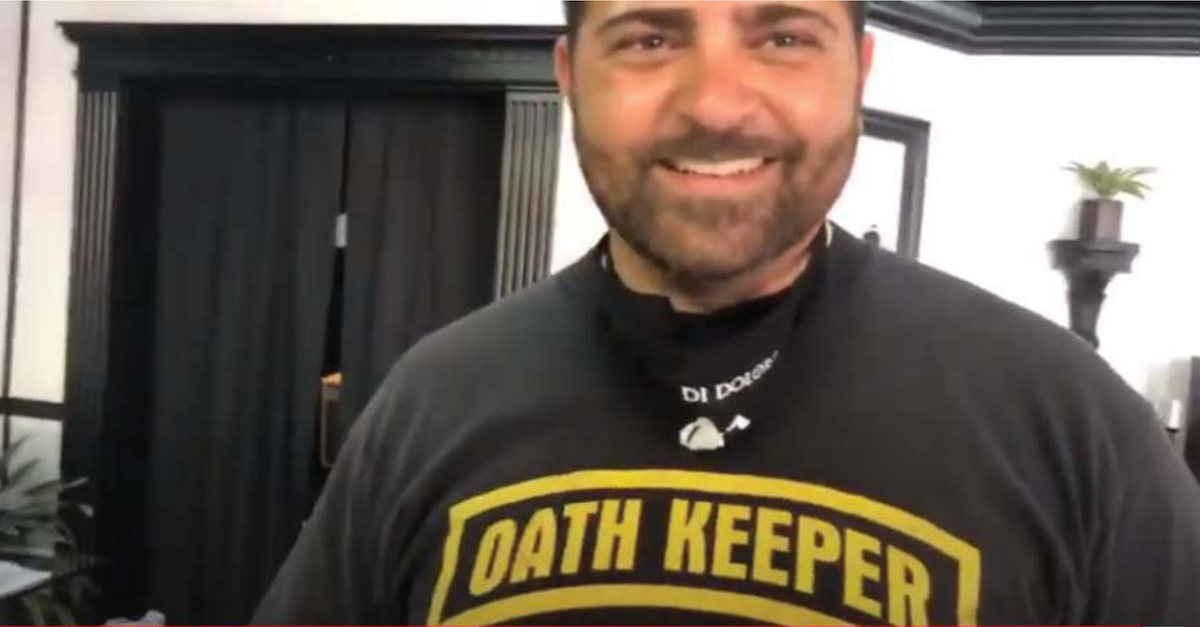 The ever-widening Capitol siege docket has been filled with accounts of military gear, chemical sprays, and other makeshift weapons used by rioters. Now, federal prosecutors have alleged the use of a vehicle more fitting for a day on the green than a trip to the seat of Congress.

In a new indictment on Thursday, federal prosecutors added another unexpected tool in the alleged rioters’ arsenal: a pair of golf carts used by Oath Keepers affiliates Roberto Minuta and Joshua James, who were bodyguards for former President Donald Trump’s pardoned associate Roger Stone. The Richard Nixon-loving self-proclaimed “dirty trickster” has not been charged with wrongdoing in relation to the events of Jan. 6.

That detail adds to the catalogue of vehicles, devices, objects and implements that authorities claim pro-Trump rioters used to ready for “war” on Jan. 6th.

In gripping testimony before Congress, a Capitol Police captain testified about her lingering burns on her face from rioters using CS gas. Two charged with assaulting the late Officer Brian Sicknick allegedly deployed Frontiersman brand bear spray. Accused insurrectionists have been spotted by prosecutors carrying a stun gun, plastic handcuffs, a spear and other makeshift weapons and military gear to storm the building.

Thursday’s indictment also renews scrutiny on Stone, whose guards Minuta and James face new charges and can be seen communicating with Oath Keepers founder Stewart Rhodes, who is thinly veiled in the court papers as “Person One.”

“It is CRITICAL that all patriots who can be in DC get to DC to stand tall in support of President Trump’s fight to defeat the enemies foreign and domestic who are attempting a coup, through the massive vote fraud and related attacks on our Republic,” Rhodes wrote in an article on the Oath Keepers website on Jan. 4, as quoted by prosecutors. “We Oath Keepers are both honor-bound and eager to be there in strength to do our part.”

The day before the siege, Rhodes and Minuta checked into the Hilton Garden Inn in Vienna, Va., prosecutors say.

Rhodes allegedly exchanged 19 calls with Oath Keepers associates on Jan. 6th, through the breach of the Capitol. Prosecutors detailed the timing of those calls extensively in the new indictment.

Shortly before riding the golf cart, Minuta allegedly put on battle apparel and gear, including hard-knuckle tactical gloves, ballistic goggles, a radio with an ear piece, and bear spray. For about three minutes starting at 2:30 p.m. Eastern Time that day, Minuta, James and others rode in a pair of golf carts and swerved around law enforcement vehicles, prosecutors say.

That group then continued by foot to the Capitol at 2:33 p.m., and eight Oath Keepers got into a “stack” militia formation some two minutes later, according to the indictment.

Rhodes tapped someone identified in the indictment only as “Person 10” to lead the Oath Keepers’ operations in Washington, D.C. on Jan. 6th.

Not long after 4 p.m.—roughly after the Senate floor was cleared of rioters—the Oath Keepers allegedly gathered some 100 feet from the Capitol. The group included seven of the members charge, along with Rhodes and Person 10, according to prosecutors.

Read the third superseding indictment below: