Prosecutors, Citing Suspect’s Post-Jan. 6 Contact with Dinesh D’Souza and Joe Rogan, Claim Capitol Rioter Is Too ‘Savvy’ to Be Released on Bail 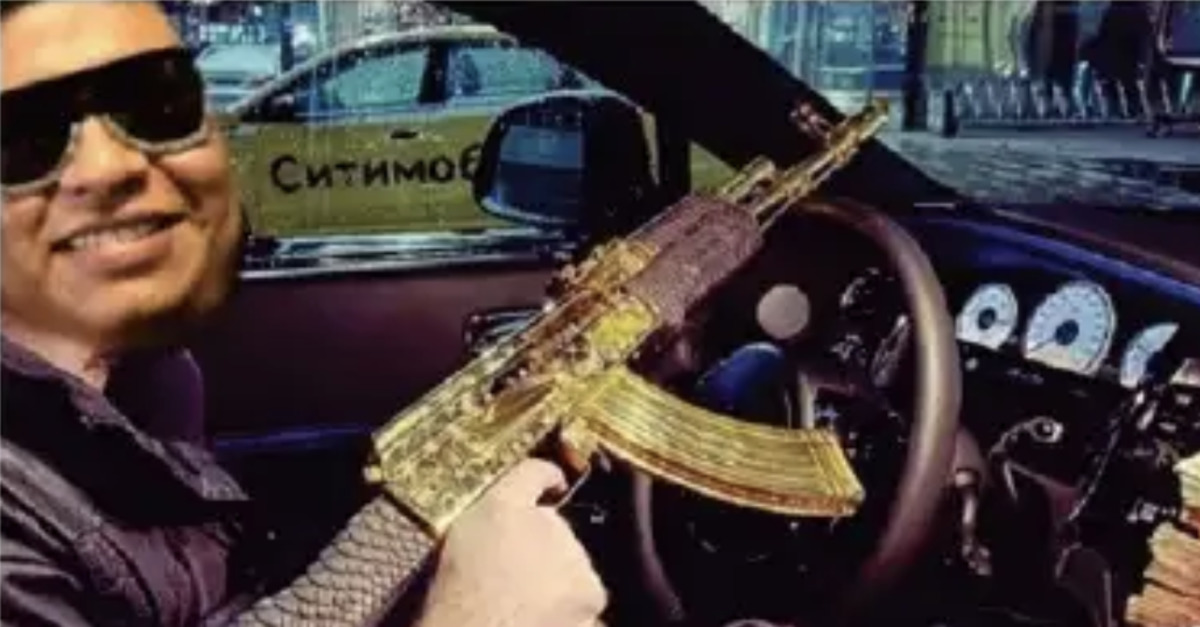 Alleged Capitol Hill rioter Ronald Sandlin appeared before a federal court on Tuesday afternoon in order to argue for pretrial release. Prosecutors sought to paint the Tennessee resident as a “savvy” operator likely to profit off his infamy—and potentially jump bail.

“It would not surprise me at all if he absconded and tried to paint himself as the Edward Snowden of the Capitol riot,” a federal prosecutor told D.C. District Judge Dabney L. Friedrich.

And that wasn’t the only—or the first—time the government brought up the defendant’s would-be myth-making efforts/proclivities.

On January 14, 2021, Sandlin discussed his “footage” with an associate, noting that he had “a meeting with Dinesh Desuza [sic] this week” and asking to “chat on signal.” Two days later, he told another associate that he would repay him money lent to him, as he was “selling footage of the event.” On January 16, 2021, Sandlin wrote a third party on Facebook that he was “already working out a Netflix deal on the footage I have.” In a jail call to his mother dated February 13, 2021, Sandlin confirmed that he did in fact meet with D’Souza and that he was also in contact with Joe Rogan, a comedian who runs the podcast The Joe Rogan Experience. He also requested that she contact publishers on his behalf, as he was writing a book about “the Capitol incident” and nearly finished with it.

“Dinesh D’Souza is a right-wing commentator who has produced several documentaries,” a footnote from that memo explains.

The prosecution referred to the D’Souza again on Tuesday—this time categorizing him as a “famed documentarian,” according to the Washington Post‘s Rachel Weiner.

That meeting was mentioned by the government in the context of Sandlin’s birth in Mexico and his alleged arrears of some $500,000 owed to the IRS. And all these points were made in service of the argument that Sandlin poses a serious risk of flight.

“I don’t even speak Spanish,” Sandlin said in his defense.

The court appeared skeptical of the relevance, wondering why the government might be concerned about a defendant getting “a book deal” and making “a lot of money,” according to Inner City Press. But Friedrich asked the defense to address those concerns regardless.

Defense attorney Jerry Ray Smith, Jr. noted that his client “has a very loving family” in the United States of America and that Sandlin’s only connection to the United Mexican States is the lottery of his birthplace and biological mother he hasn’t seen “in 33 years.”

While the court conceded that the government’s Snowden argument was “interesting,” Friedrich said she was most concerned that Sandlin “might obstruct justice in some way.”

Arco previously argued, in a supplement, that Sandlin removed various pieces of allegedly incriminating evidence from his Facebook:

The government can specify a few examples of what the defendant removed from his Facebook: videos submitted by tipsters and provided to media outlets showing the defendant in the Rotunda smoking what appears to be a marijuana joint as well as on the Senate Gallery balcony, exclaiming that “we breached the building into our Capitol” and later telling (likely an officer) that “we’ve pushed our way through already, sir”; a video of the defendant asking where the Senators were located and telling law enforcement something to the effect of “we’ve already forced out way into other places”; videos from either January 5 or January 6 in which the female he traveled with was featured; [and] the video from the TGI Friday’s in which he calls on those watching his livestream to “take the Capitol”…

The D.C. U.S. Attorney’s Office repeated that argument on Tuesday. In response, Smith said his client took down posts because he was being harassed following the publication of a New York Post article.

The other major piece of the two-part puzzle the federal government typically completes to keep defendants who are awaiting trial in jail was given short-shrift on Tuesday as the prosecution didn’t really offer much in the way of evidence that Sandlin posed any real threat or danger to the community. In fact, in the original detention memo, the alleged crimes and conduct at the root of the prosecution are cited conclusorily to prove that point, suggesting that the government has largely relied on pro forma arguments here.

The lack of a genuine argument on that federal standard clearly hurt the government’s efforts to keep the man Arco described as a self-seen “modern day revolutionary” behind bars.

Sandlin, for his part, offered some contrition.

“I do not want to add fuel to the fire, I just want this ugly chapter of my life to be over as quickly as possible,” he told the court—expressing his intent to be finished with politics and retire to a life that was focused on his chickens. “I have no machinations of becoming an activist in exile.”

Friedrich appeared receptive and suggested she was willing to grant Sandlin bail—particularly in light of late-hearing claims that a fellow traveler was recently blinded by a correctional officer in “retaliation” for their participation in the abortive Jan. 6, 2020 insurrection against the national seat of legislative government.

The court adjourned, however, without a final determination.

Sandlin was arrested at the home of the self-claimed “King of Las Vegas” in late January. The Sin City’s self-proclaimed sire, Nathan DeGrave, was charged with entering a restricted building without authority, violent entry and disorderly conduct, and obstruction of law enforcement during civil disorder. Sandlin faces those same charges in addition to a more serious allegation that he assaulted law enforcement inside the U.S. Senate Chamber.