Pro-Trump ‘WalkAway Campaign’ Founder, Who Admitted ‘It Was Not Antifa’ That Stormed the Capitol, Hit with Federal Charges 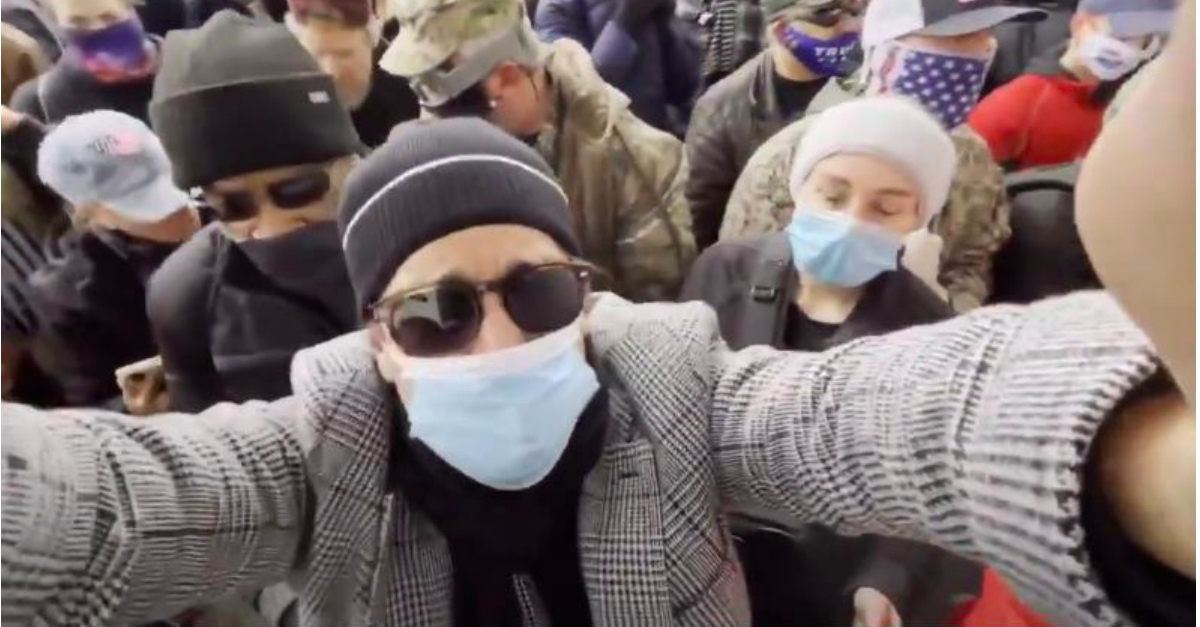 Brandon Straka at the U.S. Capitol on Jan. 6.

The Federal Bureau of Investigation (FBI) on Monday arrested MAGA-era figure and founder of the “WalkAway Campaign” Brandon Straka, 44, for his role in the Jan. 6 assault on the U.S. Capitol.

According to the criminal complaint unsealed Monday in Washington, D.C. District Court, the FBI was able to identify Straka through numerous videos and photographs that he posted to the “Stop the Steal” organizer’s social media accounts—a recurring theme among the dozens of arrestees.

“STRAKA stated that he learned on his walk from the metro to the Capitol that people had ‘breached’ the Capitol and that ‘patriots had entered the Capitol.’ STRAKA said that he thought to himself, ‘Wow, so they’re going to basically storm and try to get into the chamber so that they can demand that we get the investigation that we want,’” he said in the video.

In other tweets, Straka repeatedly called the rioters “patriots,” said the rally was meant to be a revolution, and debunked the conspiracy theory that “Antifa” was in fact responsible for the violence.

“I’m completely confused. For 6-8 weeks everybody on the right has been saying ‘1776!’ & that if congress moves forward it will mean a revolution! So congress moves forward. Patriots storm the Capitol – now everybody is virtual signaling their embarrassment that this happened,” he wrote. “Also- be embarrassed & hide if you need to- but I was there. It was not Antifa at the Capitol. It was freedom loving Patriots who were DESPERATE to fight for the final hope of our Republic because literally nobody cares about them. Everyone else can denounce them. I will not.”

While he subsequently claimed to have witnessed “nothing being broken” and “nobody committing any acts of violence” at the Capitol despite five people losing their lives, the bureau’s review of publicly available videos apparently told a different story.

Per the complaint, an eight-minute YouTube video shows Straka in a crowd of people just outside the Capitol Building door saying they were “summoning people to get inside.”

Though it appears Straka never actually made it into the Capitol despite several failed attempts, the defendant is alleged to have provoked the crowd to attack a U.S. Capitol Police officer and steal his protective shield.

Straka is facing multiple charges including impeding a law enforcement officer during civil disorder, knowingly entering and remaining on restricted grounds without lawful authority, and disorderly conduct with intent to disrupt a session of Congress. He was taken into custody in Nebraska.

Brandon Straka penned an op-ed for Fox News on November 2, 2020, explaining why he was voting for Trump.

“I despise group-think and mobs, especially when it’s blatantly clear that the mob is wrong and simply following a trend,” Straka said.

Straka Complaint by Law&Crime on Scribd