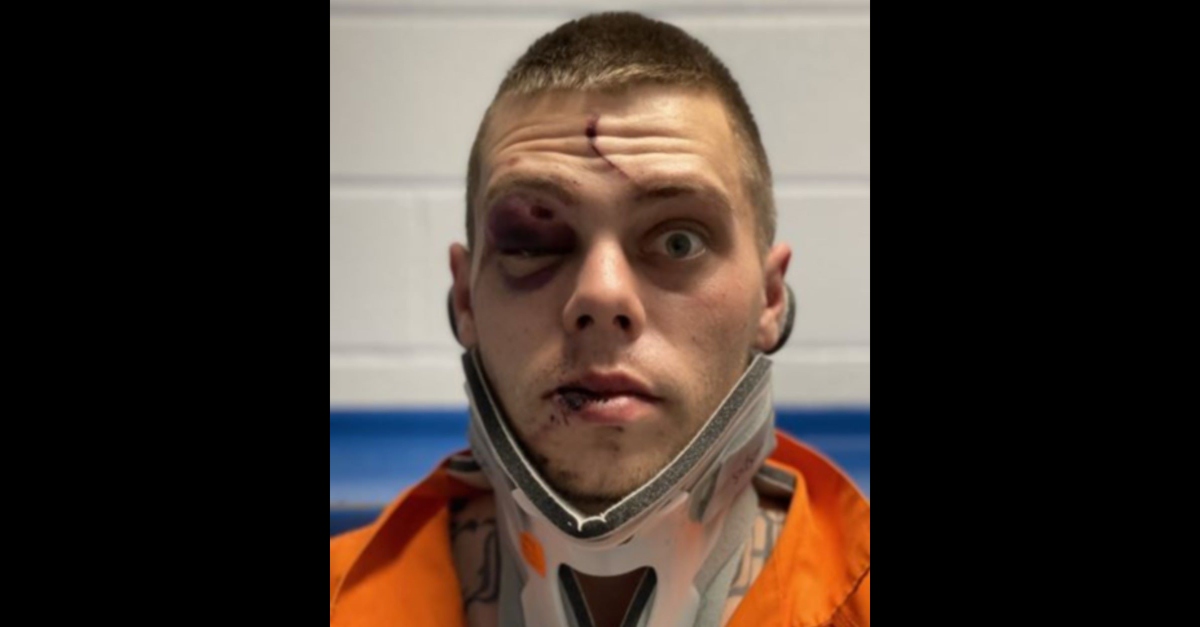 A man in North Carolina allegedly led deputies on a high-speed chase that ended in catastrophe. James Dylan Harris, 26, injured a pregnant woman in a crash, causing her to lose her unborn daughter, deputies with the Nash County Sheriff’s Office said.

According to the official story, sheriff’s office detectives saw the defendant driving a tan GMC Yukon on Jan. 9. They knew he faced several arrest warrants.

Authorities tried to pull Harris over for a traffic stop, but the suspect fled at a high speed, authorities claimed. For example, he went down Jeffrey’s Road at 80 to 95 miles per hour, they claimed. Detectives said they had to back out of the chase, noticing that the area was crowded with vehicles.

Authorities accused Harris of driving “carelessly and recklessly.” That’s an understatement, considering the rest of the allegations:

While canvassing the area, Detectives noticed a vehicle attempting to turn around in the roadway. Detectives activated their emergency blue lights to assist the vehicle when they noticed Harris’ vehicle had hit a tree.

There, authorities found Harris, a woman by the name of Ashley Howell, and another passenger, Tyler Newton. They were each hospitalized, and it turned out that Howell was 30 weeks pregnant. The unborn child died from injuries sustained in the accident, deputies said. Howell remains hospitalized.

Harris is charged with murder of an unborn child, careless and reckless driving, eluding arrest, and serious injury by vehicle. Deputies note other charges and the aforementioned warrants. It is unclear if he has an attorney in this matter.