Kansas Man Charged in U.S. Capitol Breach Says Police Officer ‘Shrugged’ When He Asked If He Could Enter the Building 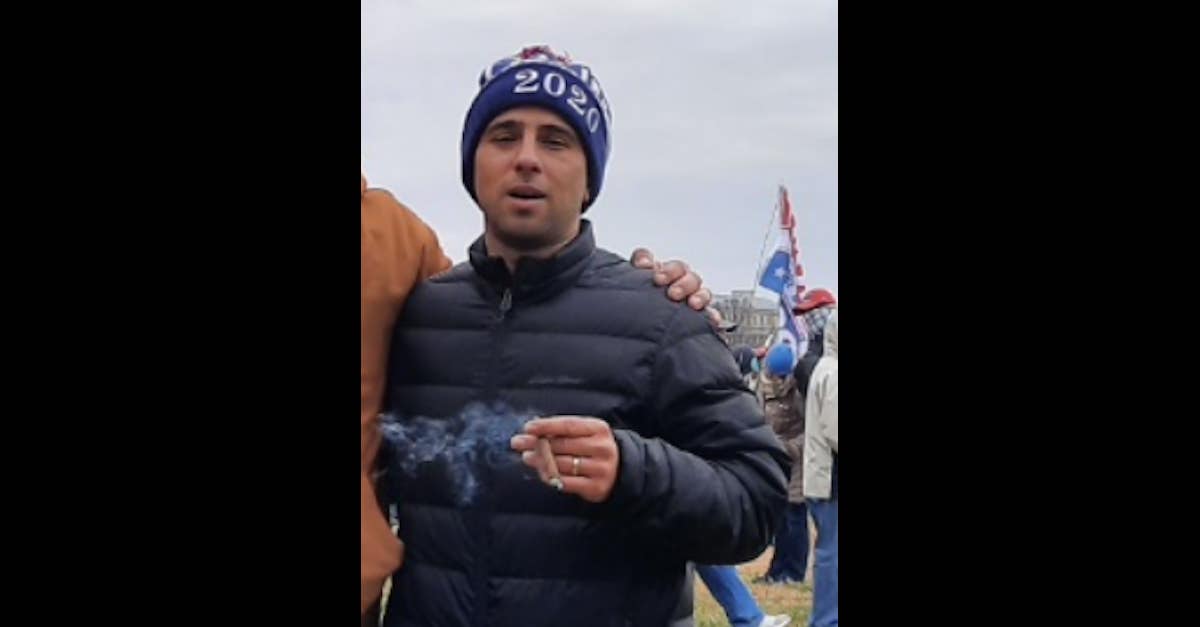 A Kansas man faces two federal charges after admitting to the FBI that he was inside the U.S. Capitol Complex during a breach by admitted Donald Trump supporters on Jan. 6. He even sent the FBI pictures of himself on the grounds.

According to federal court documents, a tipster told the FBI that he or she knew Mark Roger Rebegila of Saint Marys, Kan., and that Rebegila was “inside the U.S. Capitol Building during” the Jan. 6 “riot.” Rebegila is alleged to have sent video of himself to the witness.

Saint Marys is a tiny town about half an hour west-northwest of Topeka.

The witness said Rebegila “stole a bottle of liquor from an office in the U.S. Capitol” and sat “in a lawmaker’s chair.” Those specific claims remain “under investigation” and have not been verified, the complaint indicates. 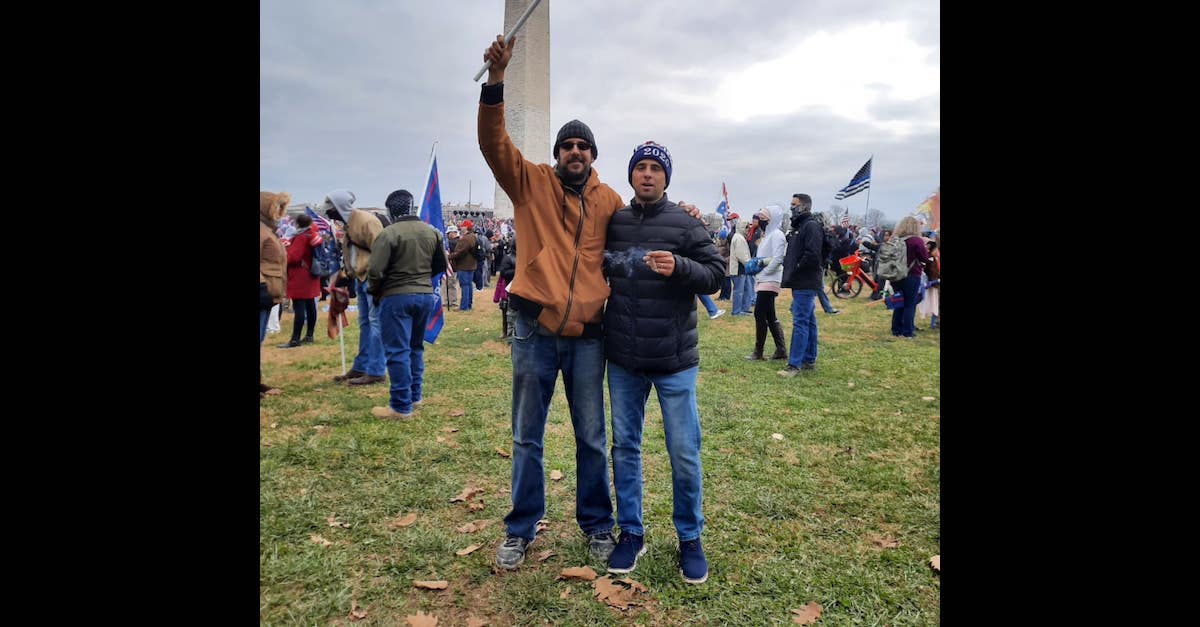 Mark Roger Rebegila (R) stands next to an unidentified man near the Washington Monument.

Rebegila spoke with the FBI at his home. Court documents state that he “admitted that he entered the U.S. Capitol building during the riot.” Specifically, per the documents, the defendant said an officer waived him into the building:

Rebegila continued to remain in contact with the FBI via phone and via text message and even turned over video of himself outside the Capitol Complex. The video showed “other protestors and rioters as police were dispersing the crowd.” The defendant also turned over a picture of himself near the Washington Monument earlier in the day. 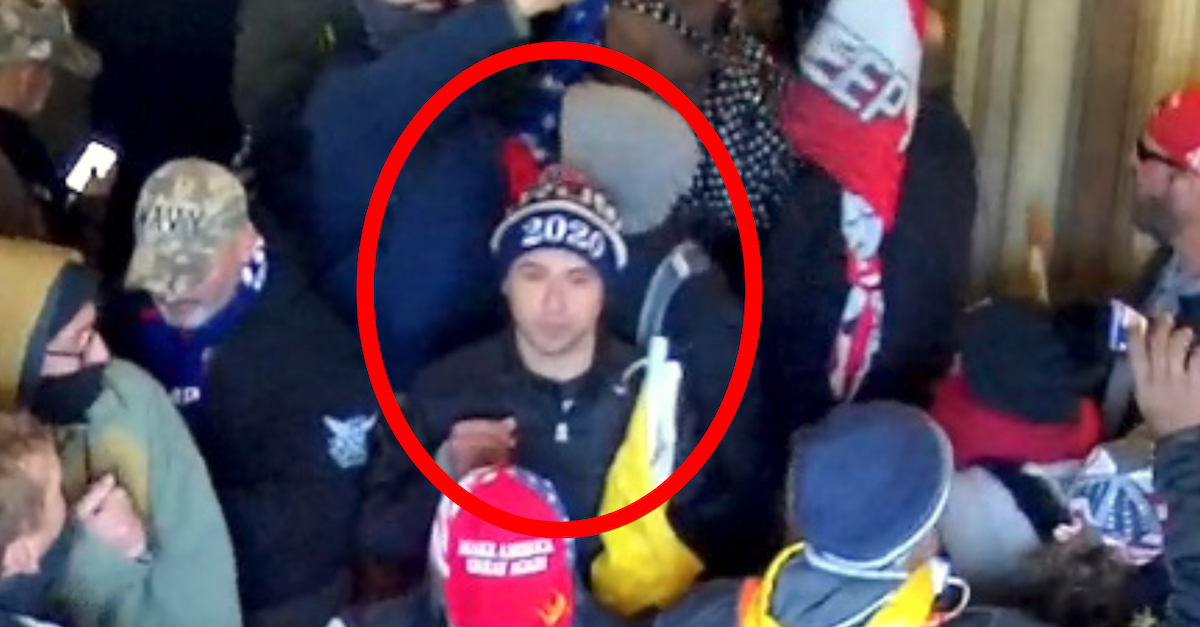 Closed circuit video reviewed by the FBI revealed images of a man believed to be the defendant inside the capitol. The man entered several offices, including rooms S-131 and S-132 “that were forced open by rioters,” the documents states. 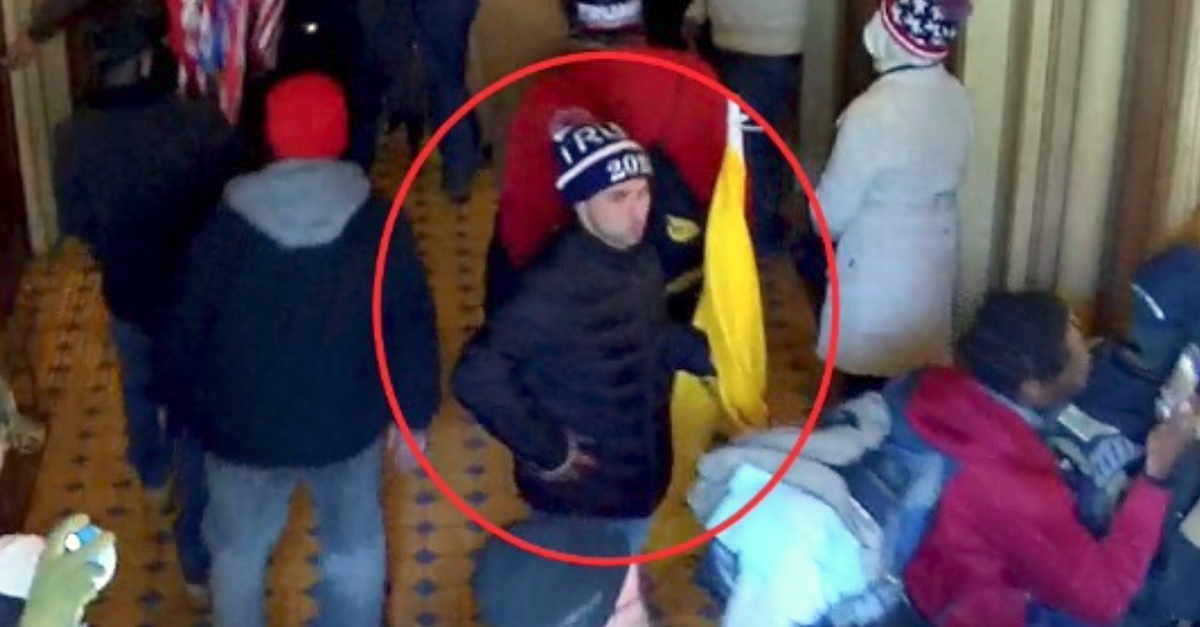 Rebegila faces two counts: (1) knowingly entering or remaining in any restricted building or grounds without lawful authority, and (2) violent entry and disorderly conduct on Capitol grounds.

[images via the the FBI and U.S. Dept. of Justice as contained in federal court documents]