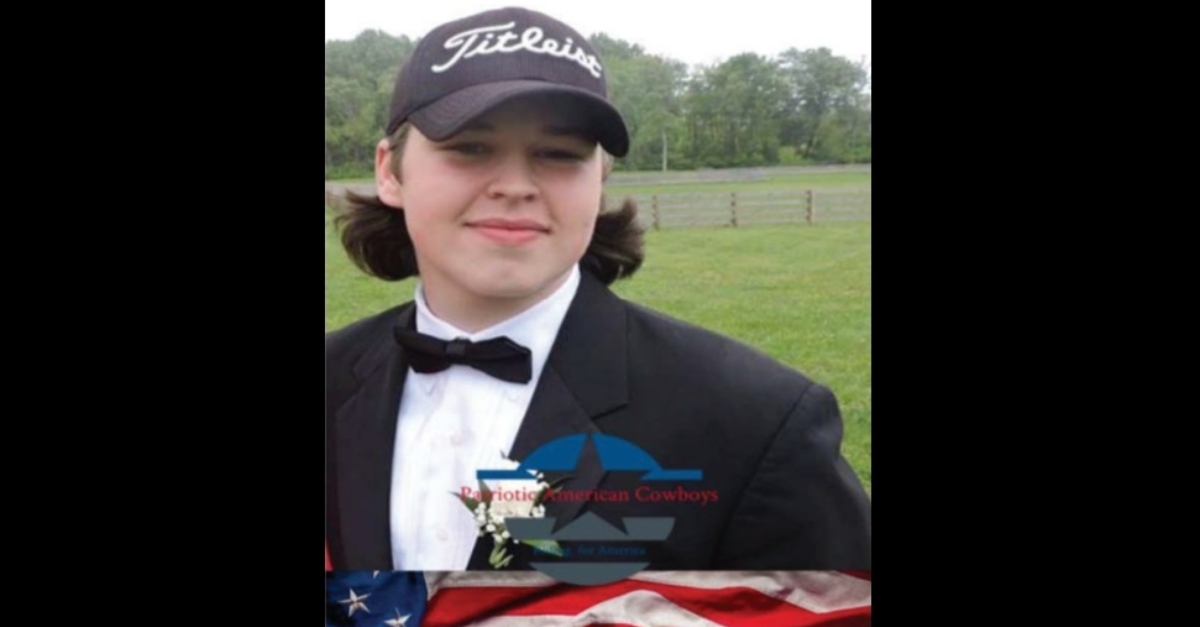 Authorities announced charges against another individual in the D.C. insurrection. This time it is Matthew Ryan Miller, a 22-year-old who was arrested on Monday in Maryland.

You might have come across Getty Images photo of the events of Jan. 6. Investigators say that’s Miller pictured below, with the black cowboy hat, a Maryland flag, and a Gadsden “Don’t Tread on Me” flag. 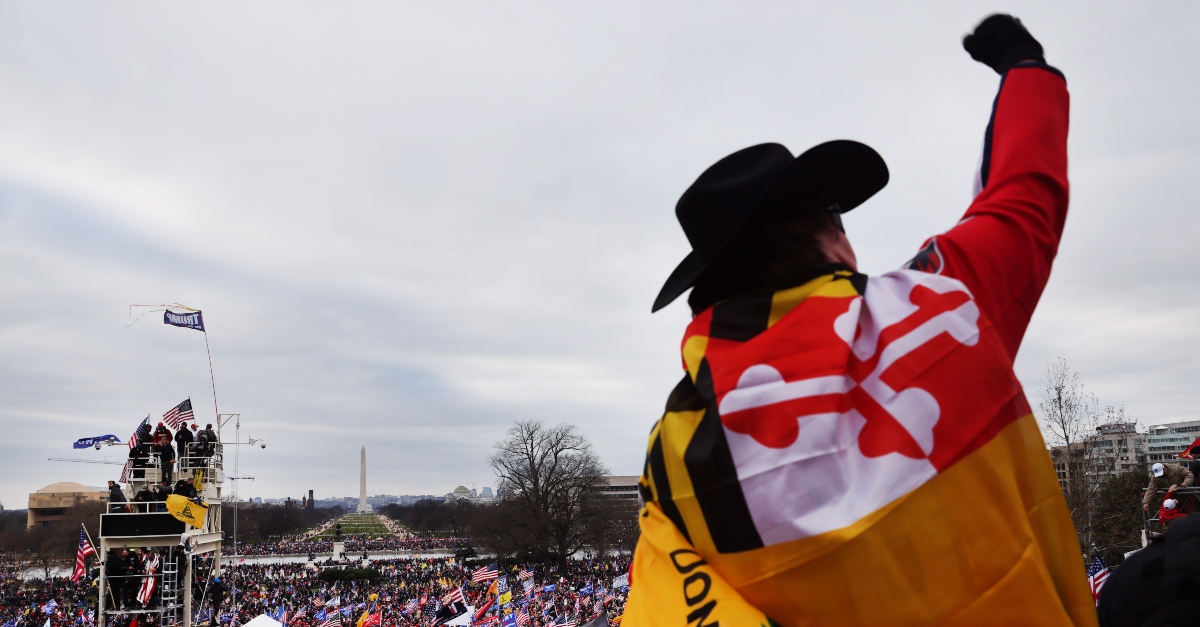 Supporters of then-President Donald Trump raided the Capitol Building after he continued to lie that he actually won the 2020 presidential election, and saying it was being stolen from him. Rioters delayed but did not prevent Congress from counting Electoral College votes for current President Joe Biden. Five people died amid the chaos, however: four Trump supporters and one Capitol police officer.

Miller is accused of being more active than many defendants in this matter. Investigators say that he was photographed spraying a fire extinguisher while on the Capitol steps. That’s where rioters and police clashed. 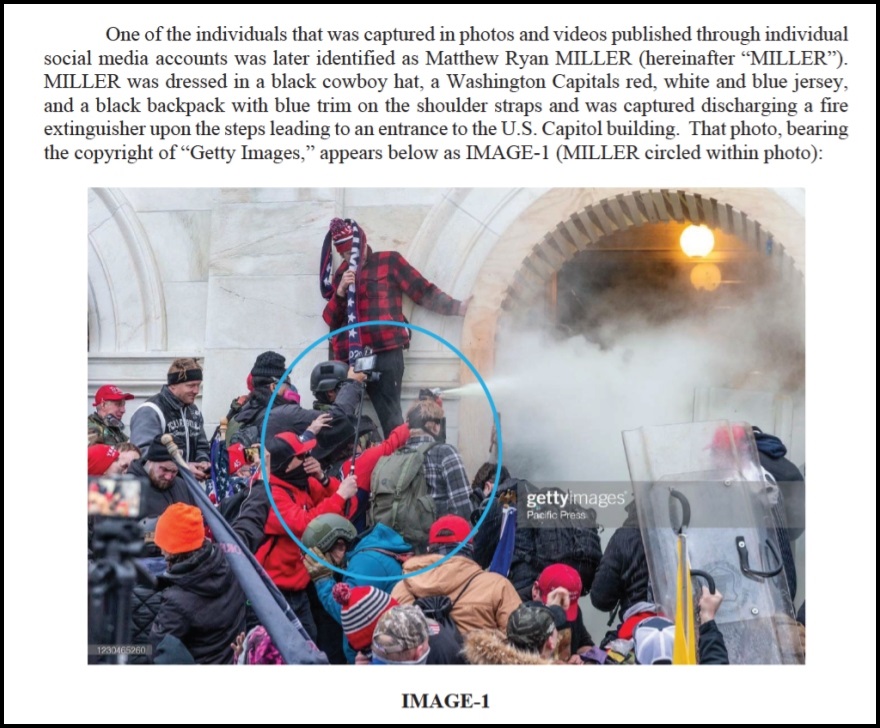 A person who knew Miller identified him from such pictures, authorities said.

Investigators say the defendant also used a barricade to climb up the walls of the west side of the Capitol plaza, and helped others scale the walls and other obstacles. 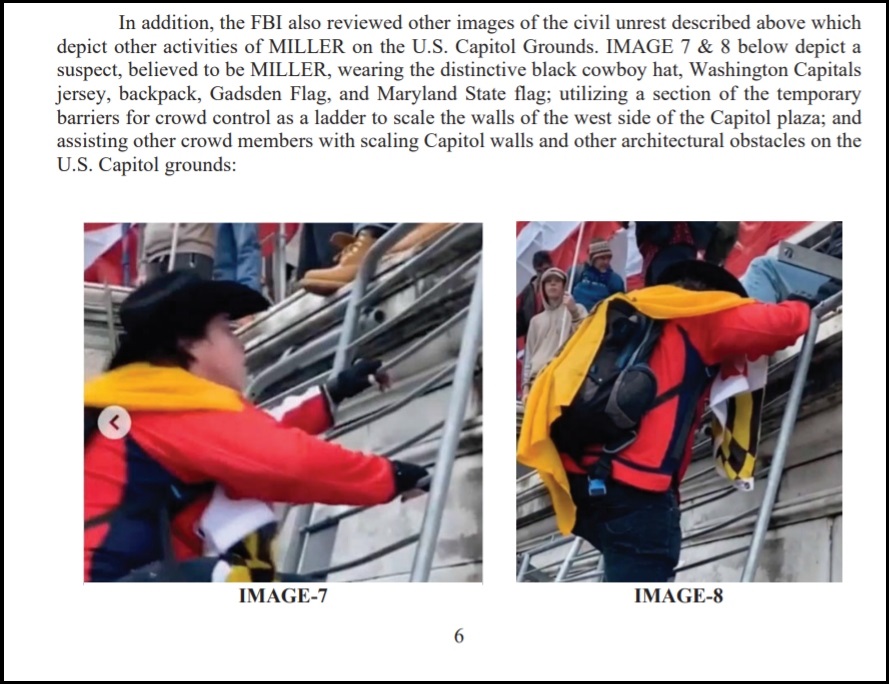 Miller is charged with knowingly entering or remaining in any restricted buildings or grounds without lawful authority, with a dangerous weapon; knowingly engaging in disorderly or disruptive conduct in any restricted building or grounds, with a dangerous weapon; injuring erection or architectural feature in the Capitol grounds; violent entry and disorderly conduct on Capitol grounds.

[Images via the FBI; featured image via Spencer Platt/Getty Images]