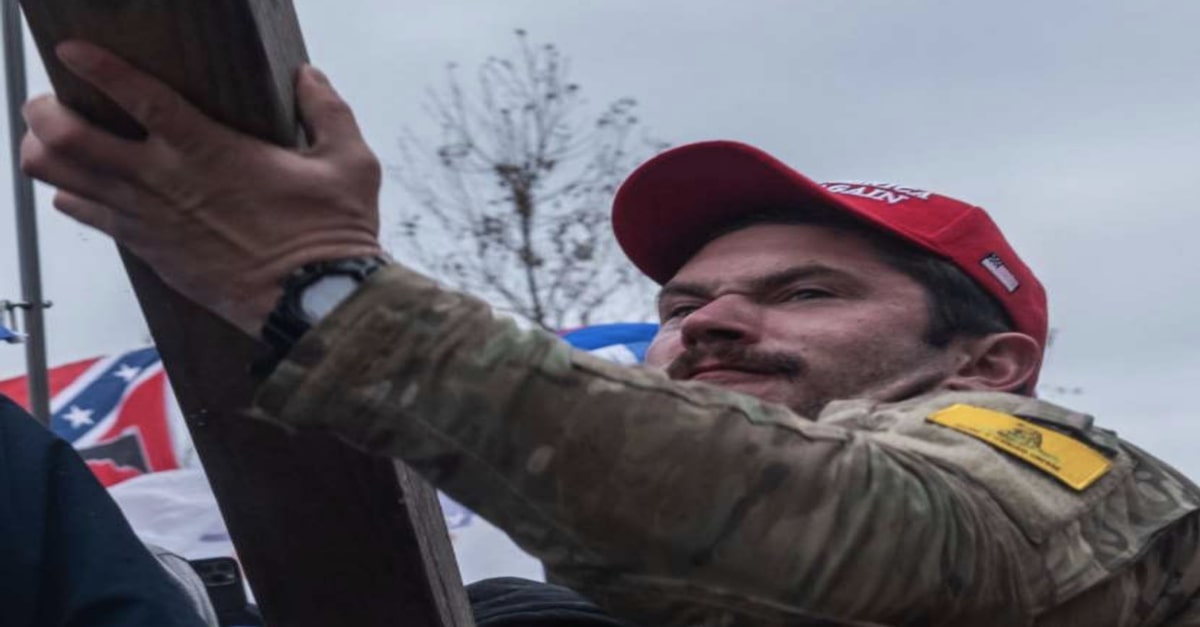 The Alabama man nicknamed “MAGA Lumberjack” for allegedly throwing a 4-inch-by-4-inch piece of wood at U.S. Capitol police has been allowed to post bond by federal prosecutors, who did not seek his detention following his arrest and assault charges, records show.

Dillon Colby Herrington, a 29-year-old from Madison, Alabama, was released on a $10,000 unsecured bond following his arrest on Tuesday on six federal offenses including forcibly assaulting, resisting, opposing or interfering with law enforcement; disorderly conduct on restricted grounds; and engaging in physical violence on grounds of the Capitol building.

The order setting Herrington’s conditions of release has been placed under seal by the Northern District of Alabama.

Seen sporting a “Make America Great Again” cap and a “Don’t Tread on Me” patch, Herrington joins the ranks of more than 130 members of the pro-Donald Trump mob charged with either assaulting or resisting police officers. Such charges typically result in requests by prosecutors for pre-trial detention. Herrington’s court papers state that the objects he allegedly threw at officers—the wood and a metal barricade—did not appear to hit his targets.

No law enforcement member was struck with the piece of wood either, prosecutors say.

After internet sleuths dubbed him as the “MAGA Lumberjack” and solicited tips for the FBI, a law enforcement member who said that he knew Herrington for 17 years responded to the solicitation and is identified in court papers as “Witness-1,” according to the affidavit. 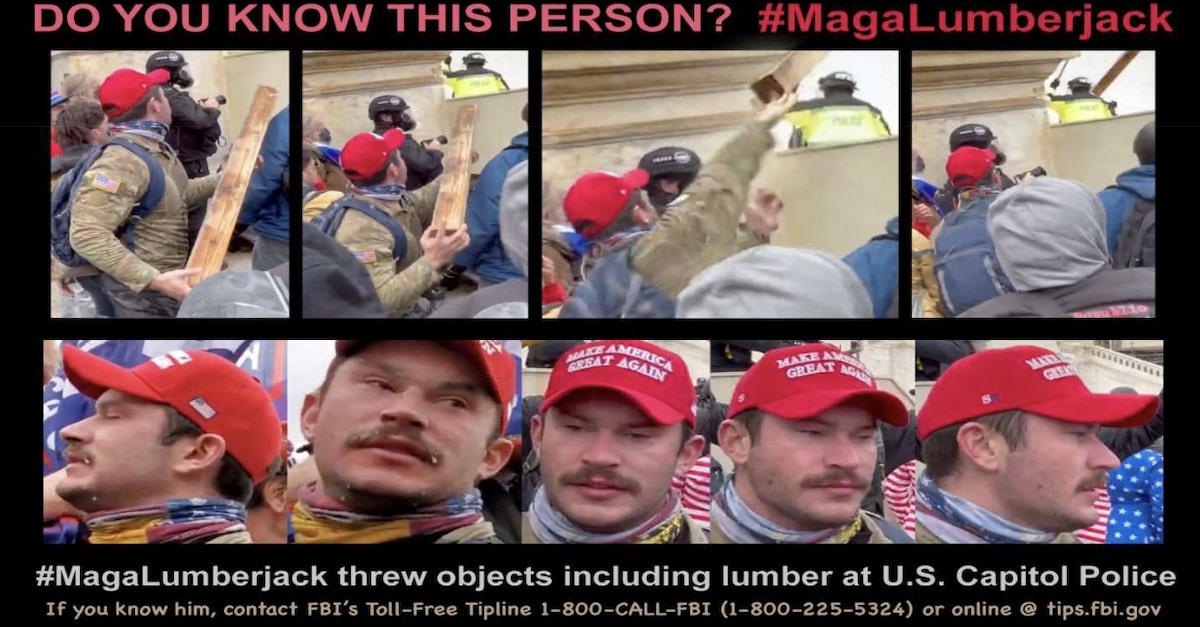 Authorities say the tipster described having “no knowledge that Herrington traveled to the District of Columbia to attend the Trump rally and did not speak with Herrington after January 6, 2021.”

After receiving the tip, the FBI described making another connection that Herrington was detained by D.C. Metropolitan Police on Jan. 6th at 5 p.m. on the grounds outside the Capitol Building.

“Upon observing Herrington, officers noted that Herrington had a knife protruding from his rear pant pocket,” the FBI’s affidavit states. “Concerned about the safety of the crowd and officers, D.C. officers elected to detain Herrington. After obtaining Herrington’s contact information, officers placed the knife in Herrington’s backpack before escorting him off the premises.”

The FBI added: “At the time of the detention, the officers were not aware of the assaults described above. ”

Herrington will appear in court again on June 11.

Read his court papers below: