‘You Guys Are Losing a Lot of Bodies’: Missouri Man Accused of Accosting, Taunting Police at U.S. Capitol on Jan. 6 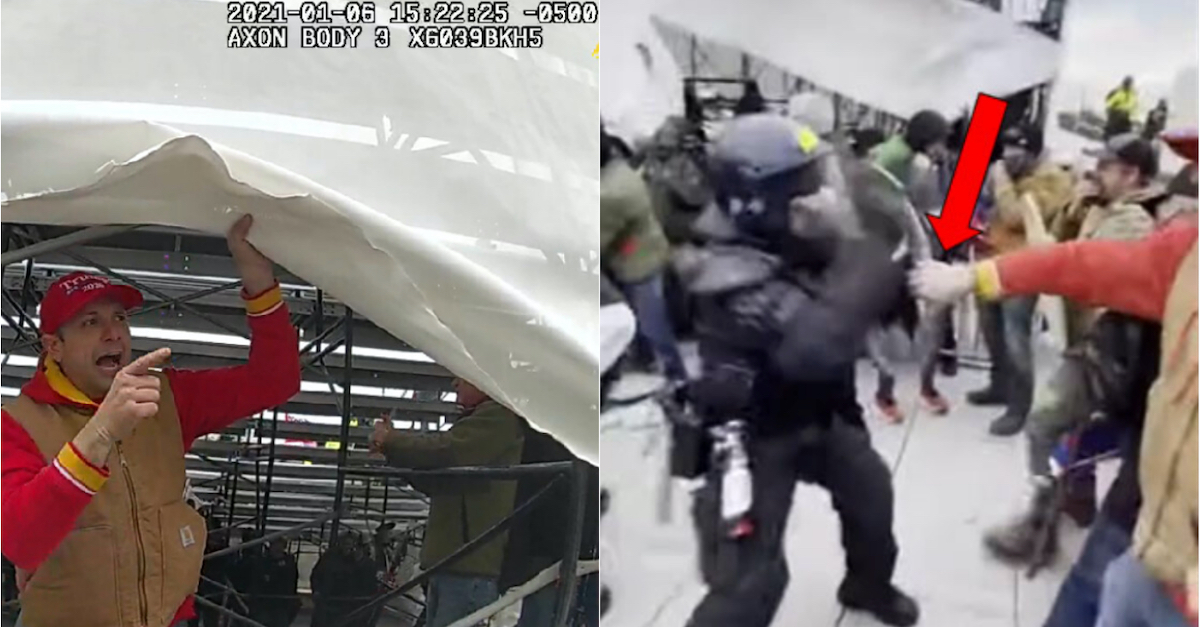 Shouting underneath scaffolding as law enforcement tried to subdue a pro-Trump mob on Jan. 6, a Missouri man taunted police a little less than an hour before he repeatedly accosted them, prosecutors said in announcing new charges on Thursday.

“You guys are losing a lot of bodies,” Cale Clayton, a 41-year-old dressed in a red Trump hat and Kansas City Chiefs sweatshirt, shouted, according to the FBI.

“Your President Told Us to Be Here”

The jeer wasn’t inaccurate. The Government Accountability Office recently estimated that 114 police officers sustained injuries from the assault on the U.S. Capitol. Multiple officers died in its wake, including at least four by suicide. Clayton now joins more than 245 people charged with assaulting or impeding law enforcement on that day.

“We are going to win,” Clayton allegedly bellowed during the siege of the Capitol. “You don’t have enough for all of us. You might hit me once or twice. You might spray me with pepper spray. I don’t give a fuck. There ain’t enough for millions of people here and you know it.”

In an 11-page affidavit, the FBI rattles off the litany of Clayton’s alleged insults and invective toward police. Time and again, Clayton allegedly told authorities that they defied former President Donald Trump by defending the U.S. Capitol from the advancing horde of his supporters.

“You guys realize your President told us to be here,” Clayton is quoted as having said. “Your President! Hey, how does that make you feel? You’re defying your own fucking country.”

As quoted to authorities, Clayton’s profane rant left little doubt that he believed Trump had called them to storm the U.S. Capitol. 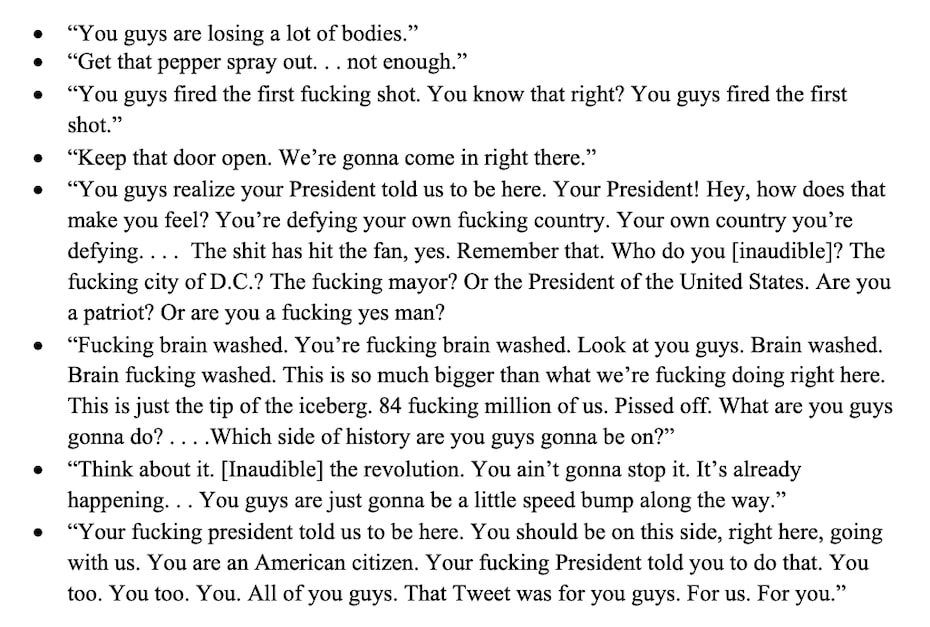 This is a list of Cale Clayton’s alleged jeers of law enforcement quoted by the FBI.

Clayton’s alleged rant was recorded between 3:20 p.m. and 3:25 p.m., well after the pro-Trump mob breached the building but before Trump’s press secretary Kayleigh McEnany tweeted that the then-outgoing president had ordered the deployment of the National Guard.

At 4:17 p.m., Trump tweeted a video asking his supporters to “go home in peace,” and though it is unclear whether Clayton knew about it, the FBI says he started physically confronting law enforcement minutes later.

The FBI says that Clayton took a baton dropped by a police officer at that time.

Describing an open source video, authorities claim that Clayton interfered with an Arlington County Police Department (ACPD) officer who appeared to be isolated from fellow officers.

“Specifically, Clayton, while holding the police baton in his left hand, grabs the officer’s shield with his right hand,” the affidavit states. “The ACPD officer was required to strike Clayton’s right hand to free his shield.”

“At approximately 4:30 p.m., MCPD attempted to take Clayton into custody, but Clayton resisted and grabbed the face shield of an MCPD officer’s helmet and pushed the officer backward,” the affidavit states. “During this physical altercation, Clayton was observed holding the baton in his left hand.”

According to the FBI, police bodycam footage shows that Clayton grabbing the officer’s helmet while holding the police baton in his left hand. 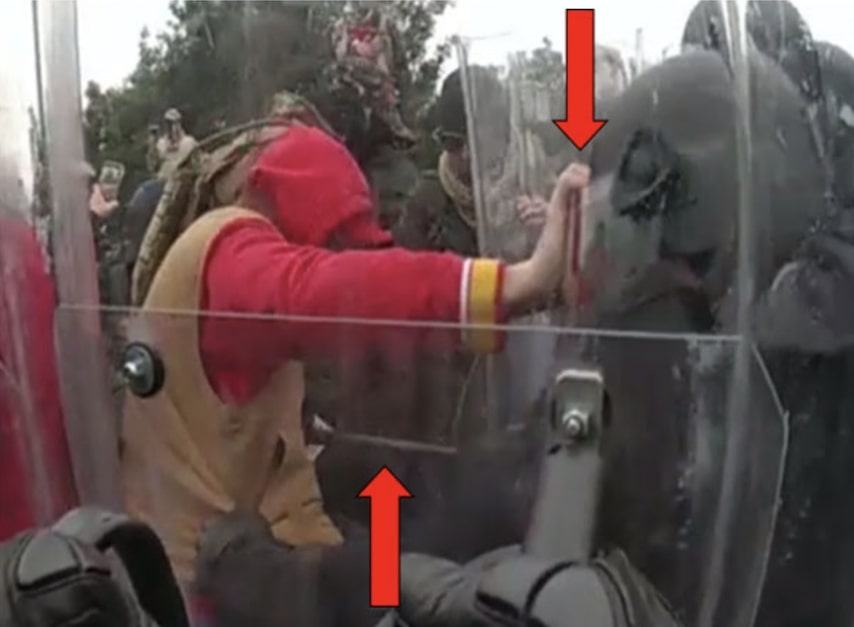 “At approximately 4:32 p.m., Clayton was brought into custody. Clayton had the police baton in his possession at this time, and it wa s recovered by law enforcement officers. Law enforcement moved Clayton inside the building, where he was seated on a bench in the Rotunda. Later on January 6, 2021, Clayton was transported to an MPD station and released without charges.”

More than a year after the Capitol breach, Clayton is finally facing charges—federally.

Among the hundreds charged with assaulting law enforcement on Jan. 6, several allegedly used bear spray, pepper spray, mace and other forms of chemical spray on police on Jan. 6. Prosecutors say others attacked police with a PVC pole, a flagpole, a Taser, a fire extinguisher, metal barricades and other weapons.