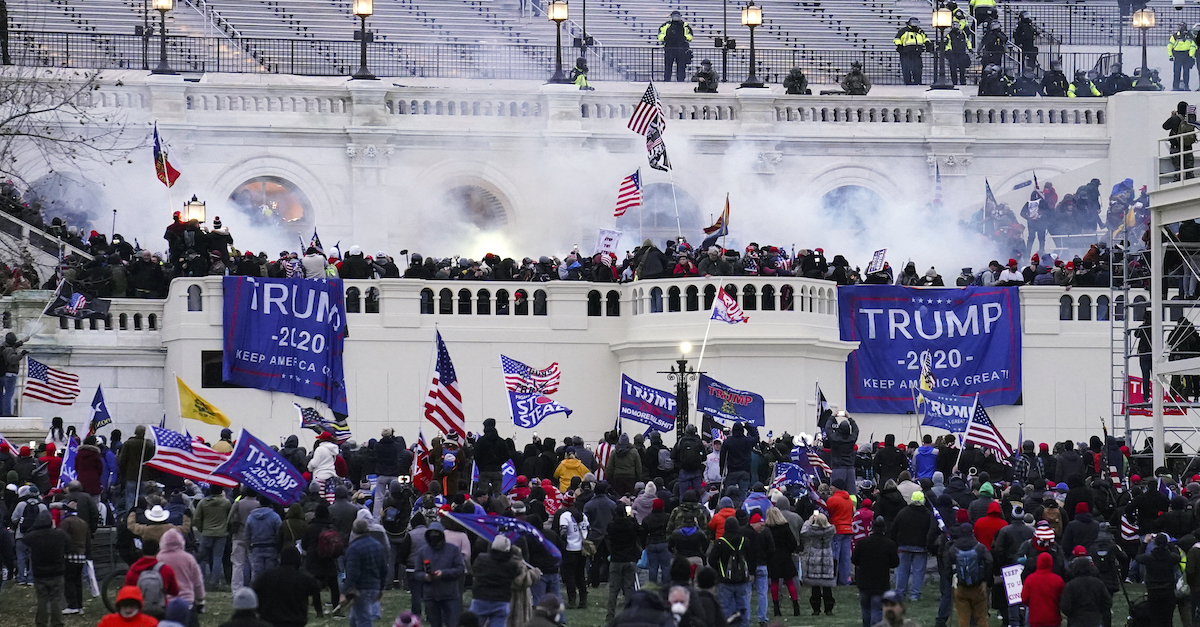 On the eve of the federal government’s high-profile trial against a group of men accused of leading the violent charge against police at the U.S. Capitol on Jan. 6, 2021, nearly 1,000 people have been arrested and charged, but a special counsel investigating the former president has not yet begun his work.

Friday marked two years since a riotous crowd of Donald Trump supporters descended on the Capitol building, spurred on by widespread falsehoods about the 2020 presidential election and an exhortation by Trump himself to march to the Capitol after his so-called “Stop the Steal” rally.

Whether or not Trump himself faces criminal consequences related to that day depends upon the judgment of recently appointed special counsel Jack Smith, who is looking into the former president’s possible criminal culpability for the attack — as well as his handling of classified information recovered from Mar-a-Lago.

With all eyes on those investigations, the Jan. 6th docket has been lurching toward four figures of cases, representing still a fraction of the rioters on the ground.

Thousands of supporters — many of them glad in military-style gear, some armed with a range of weapons, and countless carrying flags in support of the now-former president — marched to the Capitol as Congress was meeting to certify Joe Biden‘s electoral win. After hours of fighting that has been described as “hours of hand to hand combat” and “medieval” by law enforcement officials on the ground that day, Trump’s supporters ultimately won out: they breached the building, forcing Congress to stop the certification as lawmakers and staff evacuated the building or sheltered in place.

Congress eventually resumed its duties hours later, and Biden was certified as the 46th President of the United States.

According to the Justice Department, some 140 police officers were assaulted in the melee, including about 80 from the U.S. Capitol Police and about 60 from the Metropolitan Police Department. Capitol Police Officer Brian Sicknick, who was attacked with chemical spray, died the next day, and four more officers who tried to fend off Trump supporters died from suicide in the weeks following Jan. 6. Two pro-Trump rioters also died at the Capitol that day: Ashli Babbitt was shot while climbing a door in an apparent attempt to break into the Speaker’s Lounge, and Roseanne Boyland died from an apparent amphetamine overdose.

The violent attack sparked a congressional inquiry. Formed in mid-2021, the Select Committee to Investigate the January 6th Attack on the United States Capitol conducted more than 1,000 interviews and held 10 televised hearings. The committee presented often stunning testimony from law enforcement officials who were directly involved in confrontations and, in some cases, targeted by mobs of rioters. Trump allies who refused to comply with committee subpoenas have faced criminal contempt of Congress charges: strategist Steve Bannon was sentenced to months behind bars, and onetime trade adviser Peter Navarro is facing trial on the same charge.

The committee placed Trump at the head of a multi-pronged effort to overturn the election results, despite not actually having won the election. The committee’s final report, released in December, referred the former president for criminal prosecution by the Justice Department. The committee also issued a criminal referral for Trump attorney John Eastman — widely credited with drafting the so-called “coup memo” that laid the groundwork for blocking Biden’s certification on Jan. 6 — and urged the House Ethics Committee to consider referrals of top Republican lawmakers like Kevin McCarthy of California and Representatives Jim Jordan of Ohio, Scott Perry of California, and Andy Biggs of Arizona.

With the Republicans having taken the majority in the House in the November 2022 election, the House Jan. 6 committee has been dismantled.

But while the committee’s work may have ended, the expansive federal criminal prosecution of rioters shows no sign of slowing. The Justice Department’s pursuit of participants in the attack has resulted in hundreds of convictions, including six for seditious conspiracy — two of resulted from a weeks-long jury trial.

According to the Justice Department’s most recent update, more than 950 people have been arrested across all 50 states and the District of Columbia. Around half of those have pleaded guilty to a variety of federal charges, the government says, including around 119 who pleaded guilty to felonies and 364 who have pleaded to misdemeanors. Many of those charges include potential time behind bars.

Four people have pleaded guilty to the federal charge of seditious conspiracy, which carries a potential 20-year prison sentence. At least 52 of guilty pleas in the Jan. 6 prosecution were to charges of assaulting law enforcement officers, and 22 were pleas to obstructing law enforcement during a civil disorder.

Two people — Stewart Rhodes, leader of the Oath Keepers extremist group, and Florida chapter leader Kelly Meggs — have been convicted of seditious conspiracy by a jury, while several others, including Proud Boys leader Enrique Tarrio and several of his lieutenants, are presently defending themselves against the same charge at a jury trial.

The longest sentence handed down so far in the prosecutions was a 10-year sentence issued to former NYPD cop Thomas Webster, who was sentenced to 10 years behind bars following a barn-burner of a speech by U.S. District Judge Amit Mehta, a Barack Obama appointee who oversaw the Oath Keepers case. Nearly 200 people total have been sentenced to time behind bars for various levels of participation in the Jan. 6 attack.

Nearly 300 people have been charged with corruptly obstructing, influencing, or impeding an official proceeding, or attempting to do so — even as the federal government’s use of this 20-year felony charge in Jan. 6 cases faces an ongoing legal challenge.

Around 11 people have been arrested and charged relating to assaulting a member of a media or destroying media equipment.

Opening statements in the Proud Boys seditious conspiracy trial are set to start next week, and a victory for the government on that most serious of charges is far from assured. As in other high-profile Jan. 6 cases, appeals are likely in many convictions — meaning that even as more time passes since Jan. 6, 2021, the ongoing impact of that day will continue to hit home for countless Americans.