Probation for Friends Who Took Selfies at Capitol on Jan. 6

Four Friends Who Snapped Grinning Group Selfies from the Capitol Get Probation After Testifying Before House Jan. 6 Committee 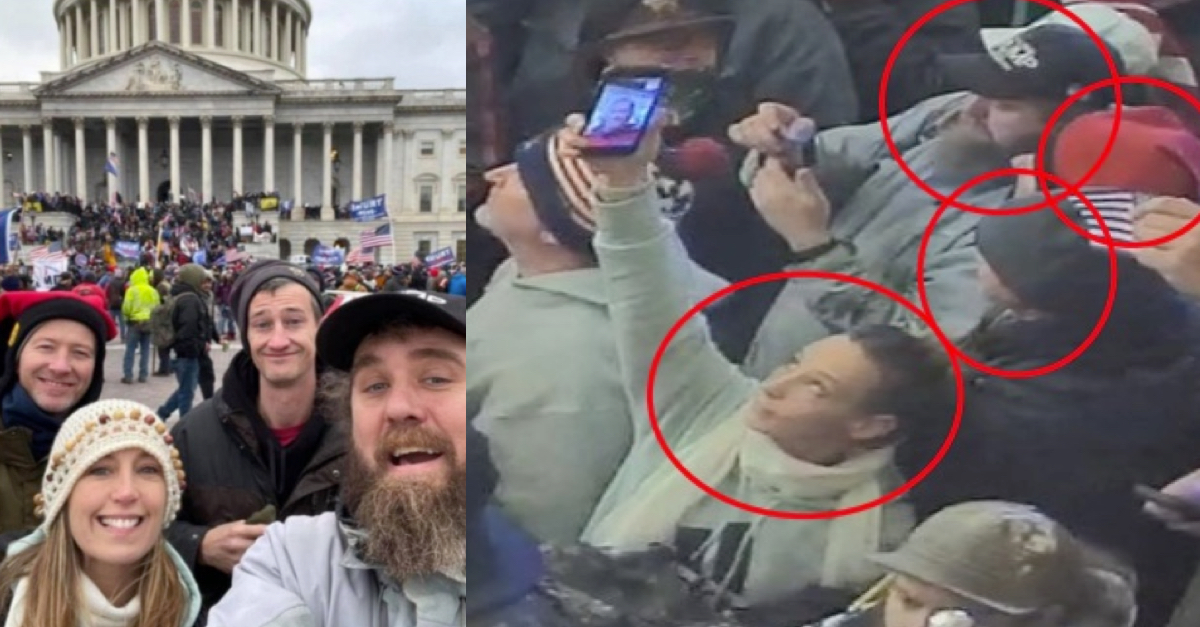 Four friends who drove from Missouri to Washington together and entered the Capitol through a broken window on Jan. 6 have been sentenced to probation.

Prosecutors say that Kelley raised $130 in donations through a GoFundMe page. Kelley had enthusiastically posted the group’s progress to Facebook, including a screenshot of a map showing their location as they approached the D.C. area.

She also posted a grinning group selfie to Facebook before they set out the following morning.

“Good morning America,” Kelley posted to social media shortly after 5:30 a.m. on Jan. 6. “[W]e are leaving our room and headed to the action.” 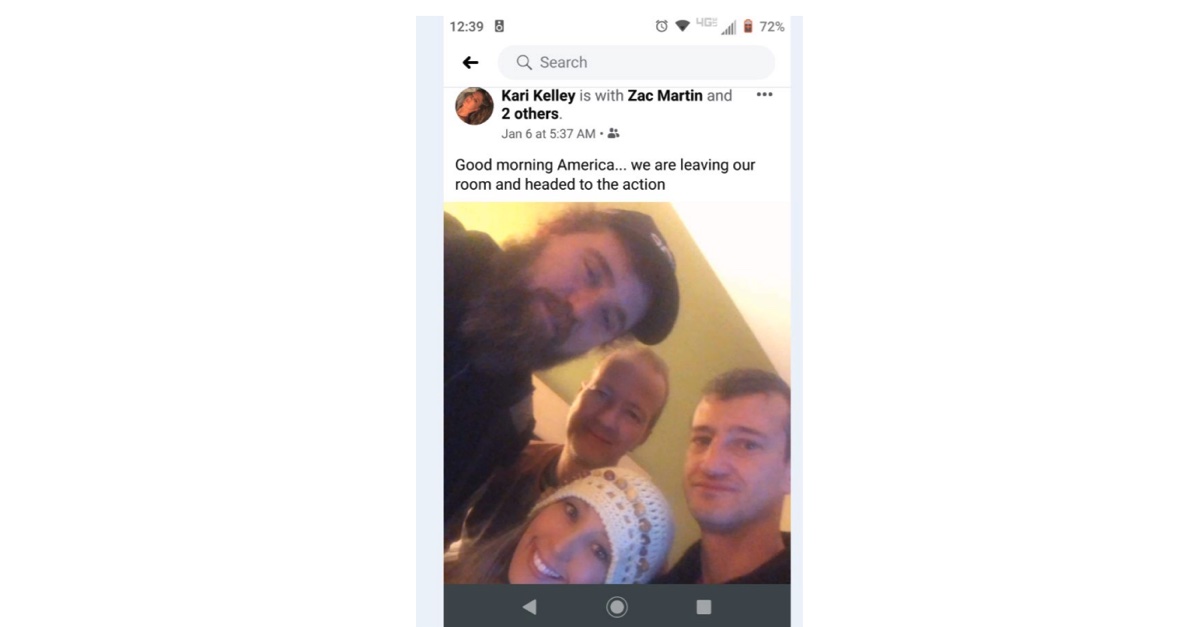 After the rally, like so many others, Kelley, Martin, and the Quick brothers headed to the Capitol and joined the mob of Trump supporters who were looking to stop Congress from certifying Joe Biden’s win in the 2020 presidential election. They entered the building through a broken window, with Kelley going first and motioning for her three friends to follow her.

They pleaded guilty in December to a single count of parading, demonstrating, or picketing in a Capitol building, a misdemeanor punishable by up to six months in jail.

Friedrich, a Trump appointee, signaled early on that she wasn’t going to send anyone to jail, doubling down on her previously-stated conclusion that federal sentencing laws don’t allow her to issue “split sentences” of jail and probation in petty offense cases.

Senior U.S. District Judge Royce Lamberth, a Ronald Reagan appointee, recently reached the opposite conclusion in a Jan. 6 misdemeanor case. The government has also taken the position that split sentences are allowed.

“I disagree with his reading of the language in the relevant statute,” Friedrich said. “I don’t think I can do both.”

Friedrich said that in cases like these, absent “aggravating factors” such as engaging in physical violence or causing property damage, she believed that a longer term of supervision “better serves the goals of sentencing.”

“You’ve lost that battle in other cases,” Friedrich told Assistant U.S. Attorney Jack Korba. “Right now we’re looking at what are the appropriate conditions [for probation].”

Kelley, Martin, and Michael Quick were ordered to undergo a mental health assessment and treatment if necessary. Martin and both Quick brothers were ordered to pay a $1,000 fine and complete 60 hours of community service within one year.

Although prosecutors had argued that the defendants’ remorse was nothing more than a “generic apology” and not genuine, Friedrich said she appreciated that they accepted responsibility for their role in the Jan. 6 riots.

“Even though their remorse was a little slow in coming, it does seem genuine to the court,” Friedrich said. “I am crediting that.”

Friedrich also noted the fact that all four defendants had willingly spoken with the House committee investigating the events of Jan. 6.

All defendants will have to pay $500 in restitution toward the estimated $1.5 million damage to the Capitol.