A Nurse Took in a Cognitively Impaired Teen, Made Her a Nanny, and Tortured Her for Years Before Killing Her in 1999. Now She’s a Convicted Murderer. 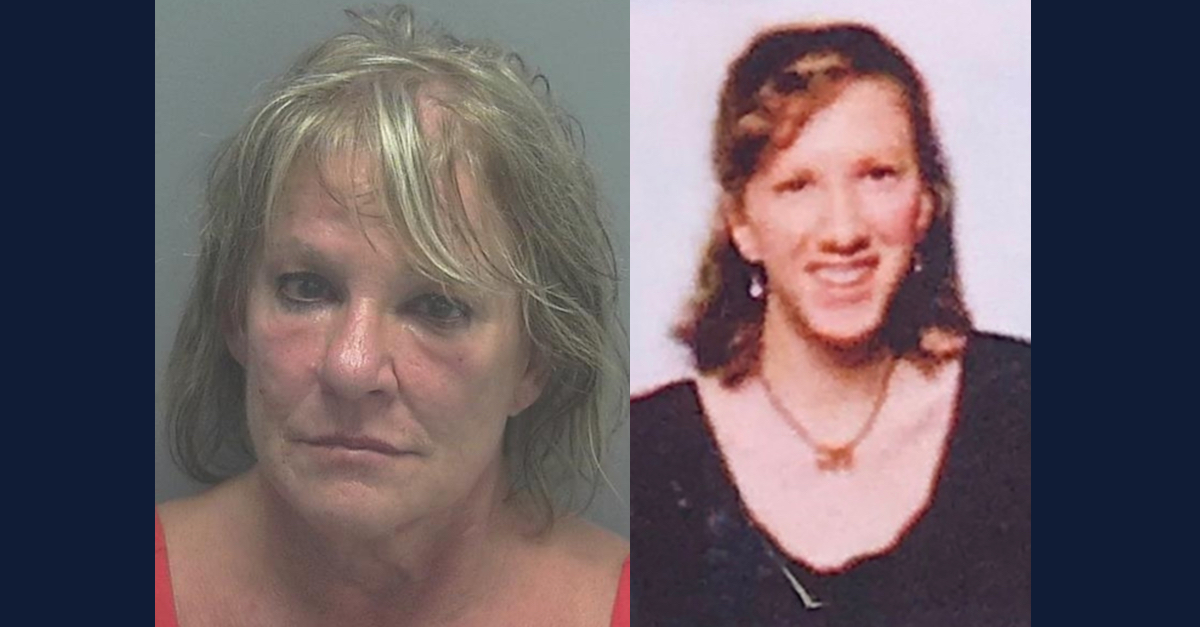 Peggy Lynn Schroeder was a 23-year-old nanny when she was murdered by the woman of the house back in 1999. On Wednesday, her killer was finally convicted by a jury in Racine County, Wisconsin.

Schroeder, who lived with a cognitive impairment, was taken in by La Roche and her family in as a live-in nanny back in 1994, when she just a teenager. La Roche, whose last name was Johnson at the time, worked as a nurse and met her eventual victim at a medical clinic.

“After her mother died, Peggy was approximately 18 years old, cognitively impaired, on her own, and went searching for help at a medical clinic in McHenry, Ill.,” Racine County Sheriff Christopher Schmaling said in 2019 when the defendant was first arrested. “There, she met a registered nurse named Linda LaRoche.”

La Roche, after realizing the girl was developmentally disabled, would let Schroeder live in the house and help her finish high school in exchange for her service as a housekeeper and nanny.

Schroeder’s life quickly turned into one of servitude and torture.

La Roche would frequently abuse and denigrate the nanny, her five children and ex-husband later told police. The disturbing behavior attributed to La Roche by her immediately family ran the gamut of physical and emotional abuse. Schroeder was repeatedly slapped in the face and head; punched and given a black eye on at least one occasion; stabbed at with a pitchfork; screamed at “like an animal.” She was even made to sleep in a crawl space underneath the home.

Motivated by jealous rage, according to prosecutors, the torment final reached a sad and horrifying conclusion in July 1999.

La Roche’s ex-husband said he came home to find Schroeder dead on the floor. His then-wife said she had overdosed and instructed him to take their five children out to get ice cream. He complied. La Roche came back some two-and-a-half hours later, he remembered, and Schroeder was, in some sense, forgotten for the next 20 years.

But just across state lines, Jane Doe was well-remembered by the people of Racine County, Wisc., and in death shown a certain kindness, despite her identity proving elusive for two decades.

On the morning of July 21, 1999, a man in Raymond, Wisc. walked past the same sprawling cornfields with his dog that he always did. But that day, with his teenage daughter in tow, would be cause for an entirely terrible bit of oddity.

Eyeing drag marks, the man, daughter and dog followed them down. Past a small embankment. Under the power lines. Directly into the rows of corn. Peggy Schroeder’s body was visibly thin and soaking wet from the storm the nigh before, dressed in a black sweatpants, and a grey denim shirt bearing some embroidery work: red and black flowers.

“It’s so vivid and it was like it was yesterday,” Megan Rios, that daughter, told Milwaukee ABC affiliate WISN in 2012. “Her arm was obviously broken and laying behind her in a very unnatural position.”

“You could tell she had a lot of bruising and stuff all over her.” Rios continued. “And the police had told us that she had probably been like tortured for four weeks before she finally just passed away.”

Worse than described, the Milwaukee County Medical Examiner’s Office conducted an autopsy revealing the extent of the extreme torture that is believed to have finally taken Schroeder’s life.

Her ribs were recently broken and had healed from numerous breaks in the past. She had swelling in her knees and feet from infected wounds; burn marks covered some 25 percent of her body; her throat appeared to be scalded; her left ear had been cut to the point of being permanently deformed; her nose had been broken; her body was covered in bruises; she had been branded; her lip was split open; four lacerations on her scalp had been caused by blunt force trauma; her body bore marks of road rash-like abrasions–likely from dragging. She was also “slightly malnourished.” There were no drugs in her system. 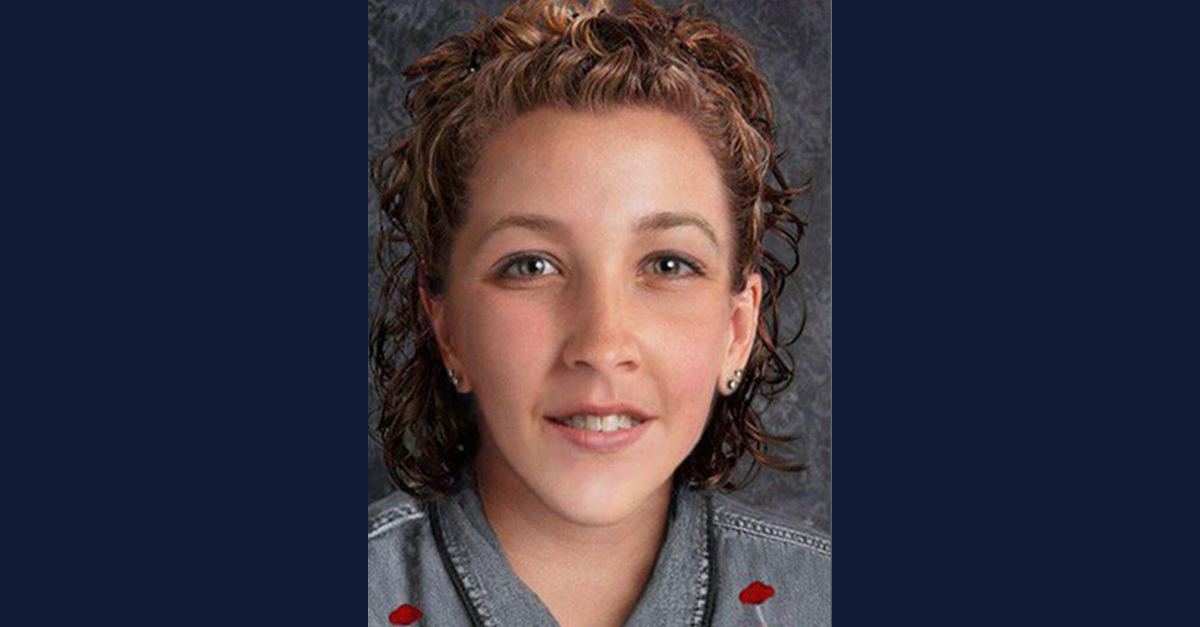 According to the Racine Journal Times, the small town of 3,500 held a funeral for the unknown victim. People donated money for her casket.

“It’s awful, you know, that we have to be here this morning,” Rev. Jeff Thielen, pastor of St. Lucy’s Church told the paper. “A young girl is lying here as a stark reminder of everything that is cruel in life.”

Mourners at the “beauty in tragedy” funeral described the woman’s legacy as a reminder to never accept the sort of deplorable violence that marked her final years and ultimately took her life.

Schroeder’s body was eventually exhumed. DNA efforts were made to identify her and maybe find her killer. Investigators fanned out to several states looking for leads and evidence. A composite picture of what she likely looked like at the time of her death was put together using the latest technology and then shared far and wide.

“Did I have my father’s eyes?” a Facebook page speaking in the victim’s voice asked. “Is my Mom thinking of me today?”

“Someone knows me…someone misses me,” another such post from the effort by the Racine County Sheriff’s Office reads.

“It was just kind of sad that after all these years, she’s still nobody,” Rios mused in that interview nearly 10 years ago.

In September 2019, an anonymous tip came from a concerned citizen in Florida who said they heard La Roche discuss a murder she had committed in Illinois 20 years ago. The tipster led authorities to the defendant. An investigation followed and police conducted the above-referenced interviews with the defendant’s then-husband and children. DNA from the Jane Doe body was retested. Schroeder was finally identified. La Roche was arrested in November 2019.

“The Sheriff’s Office will never forget or stop working a cold case homicide,” Sheriff Schmaling said in a statement after the verdict was released. “For anyone involved in any other homicide, you need to worry. It is not a matter of if, but when, you are held accountable.”

According to the Northwest Herald, La Roche accepted her sentence without a hint of emotion this week.

In March 2020, Peggy Lynn Schroeder was buried next to her mom. Her tombstone was finally inscribed with her real name.

“[She] was always smiling, always laughing, she’s just a typical teenage girl,” Schroeder’s childhood friend Theresa Robertson told the paper. [She] was overwhelmed after she lost her mom. She was trying to find her place.”