An Ohio Man Accused of Stealing a Coat Rack from the Capitol on Jan. 6 Can’t Call Donald Trump as Witness at His Upcoming Trial 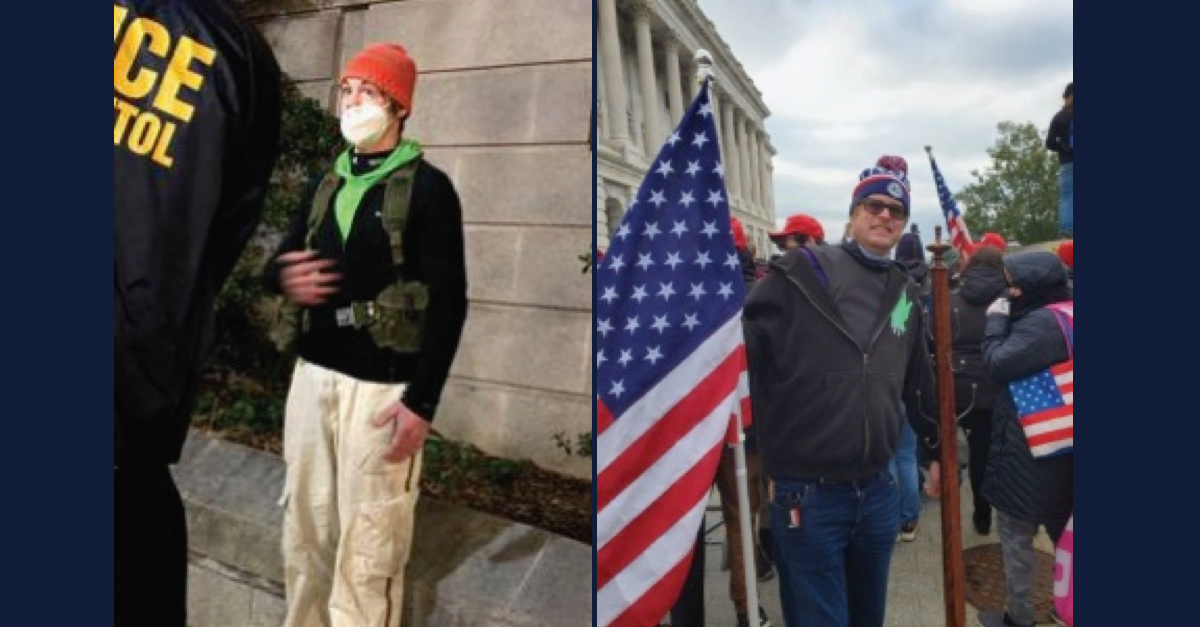 An Ohio man accused of taking a coat rack from the U.S. Capitol building on Jan. 6 cannot call former President Donald Trump as a defense witness at his upcoming trial, a federal judge ruled.

Dustin Thompson, 36, is facing 12 charges in connection with the Jan. 6 attack on the Capitol, when hundreds of Donald Trump supporters swarmed the Capitol and temporarily stopped Congress from certifying Joe Biden‘s win in the 2020 presidential election. Thompson stands accused of theft of government property for allegedly stealing a coat rack, obstruction of Congress, disorderly conduct and other charges.

His trial is set for April 11.

According to his lawyer, Thompson planned on calling Trump and some of his closest advisers as witnesses, and had asked the court to appoint the U.S. Marshals Service to serve the subpoenas.

Thompson wanted the U.S. Marshals to serve the subpoenas in light of “the significant roles these witnesses play in the legal and political communities, and the evasiveness that some have historically shown in the face of court orders[.]”

In calling the witnesses, Shamansky argued, Thompson hoped to bolster his “public authority” defense,  asserting that he was acting with a “believed exercise of authority” on behalf of Trump and the U.S. government.

Senior U.S. District Judge Reggie Walton rejected the request in a filing Friday, saying that not only was the use of the U.S. Marshals Service improper, but that testimony by Thompson’s would-be witnesses is inadmissible.

“[T]he in-person testimony of the putative witnesses is inadmissible under Federal Rule of Evidence 403 because the probative value of such testimony is substantially outweighed by the danger of confusing the issues and misleading the jury,” Walton, a George W. Bush appointee, wrote in his order denying the request. “Testimony about an orchestrated or behind-the-scenes effort to cause former President Trump’s supporters to commit the acts that occurred at the United States Capitol on January 6, 2021, as alleged by defense counsel, is irrelevant as it has no relevance to the public statements that the defendant actually heard.”

Walton said that the “recordings of what the defendant heard at the time the statements were made” can be used instead.

In a footnote, Walton further explained his concerns about allowing such high-profile witnesses to testify in Thompson’s case, saying that it would lead to a distracting “mini-trial” about Trump’s actions and those of his inner circle that day.

It is inconceivable that any of the speakers will testify that they intended for the people they were addressing to commit the acts that the defendant is accused of committing, in no small part because doing so could result in criminal charges being lodged against them. Thus, it is highly likely that they would either assert their Fifth Amendment privilege not to incriminate themselves or deny that they intended to incite the crowd to commit the acts that occurred at the Capitol on January 6, 2021. However, even if the speakers were to so testify, such testimony would open the door for the government to cross-examine the speakers about their intent in making the alleged statements. This would inevitably lead to a mini-trial on the issue of the intent of the speakers in making their statements, which, as the Court concludes above, is utterly irrelevant to the impact of the statements on the defendant’s intent. This reality is further reason not to permit the speakers to testify at the defendant’s trial.

According to the criminal complaint against Thompson, surveillance footage shows him nicking a coat rack from an office that has been identified as the Senate Office of the Parliamentarian.

Authorities say that Thompson was nearly caught by Capitol Police on Jan. 6 as he and his co-defendant, Robert Lyon, were waiting for a ride away from the Capitol at around 6:00 p.m., after the riots had largely subsided and Washington, D.C. was placed under curfew. Police say they spotted Thompson and Lyons waiting for an Uber in a “secure zone” and pointed them toward a location where they could be picked up.

“As Lyon and Thompson left to locate their Uber, Thompson picked up a coat rack that was behind him,” the criminal complaint said. “The coat rack appeared to have been taken from the inside of the Capitol building.”

The officers allegedly told Thompson to put the coat rack down. Thompson complied, but then fled when police tried to stop them from going any further, according to authorities.

Thompson was also allegedly seen on surveillance video carrying a bottle of bourbon out of an office in the Capitol; when police later searched Lyon’s bag, they found an open bottle of bourbon, along with some marijuana and two pipes.

Lyon pleaded guilty Tuesday to theft of government property and disorderly conduct in a restricted building or grounds. His sentencing is set for June 3.