After More Than 52 Years, Former Navy Sailor Convicted of Strangling Mom of Two to Death and Leaving Her Dead in San Diego Apartment 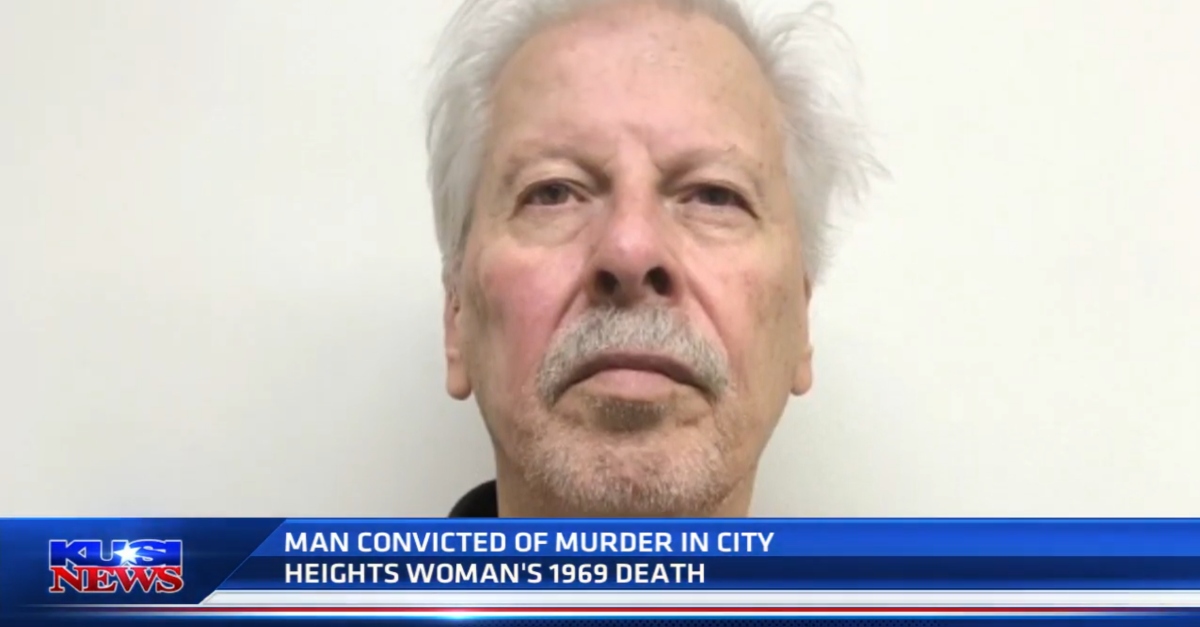 After more than a half-century, a former Navy sailor was found guilty of murdering a mother of two and leaving her dead after kicking down the door of her San Diego apartment.

John Sipos, 76, faces sentencing set for April 22 for killing Mary Scott, 23, according to The San Diego Union-Tribune. Sipos is reportedly expected to get 7 years to life in prison because that was the maximum possible sentence he would have gotten at the time of the Nov. 20, 1969 slaying. Prosecutors said he also raped Scott, but the statute of limitations ran years ago.

The case went unsolved until 2020, when investigators used DNA left at the scene in genetic genealogy testing, which did not exist when Sipos murdered Scott. Authorities tracked him down to his Pennsylvania home.

She and her older sister Christine were not living with their mother at the time. Scott handed them over to their paternal grandparents because she did not have the money to take care of them. Christine reportedly died in a 1993 car crash.

“For someone to murder someone so young, it’s just time for justice,” Donna Wyble said of their mother’s dead. “She was 23 years old. It was time.”

She said she never thought they would solve the case.

Investigators have identified John Sipos as the man who raped and murdered young mother Mary Scott in her City Heights home in 1969.https://t.co/moIpLRIONw

Sipos at the time of the murder lived in San Diego after he was dishonorably discharged from the Navy. He broke Scott’s jaw while killing her, authorities said. A friend of the victim found her dead after she did not show up to work as a go-go dancer at the Star & Garter club, according to KFMB. The chain on the door had been ripped off, the living room furniture overturned, and there was a smashed ash try.

“It really shakes you to your core that this can happen in your family,” Scott’s sister Rosalie Sanz told the outlet in 2020.