Feds Used WhatsApp to Seek Warrant for ‘Contraband, Fruits of a Crime, or Other Items Illegally Possessed’ at Mar-a-Lago: Unsealed Document 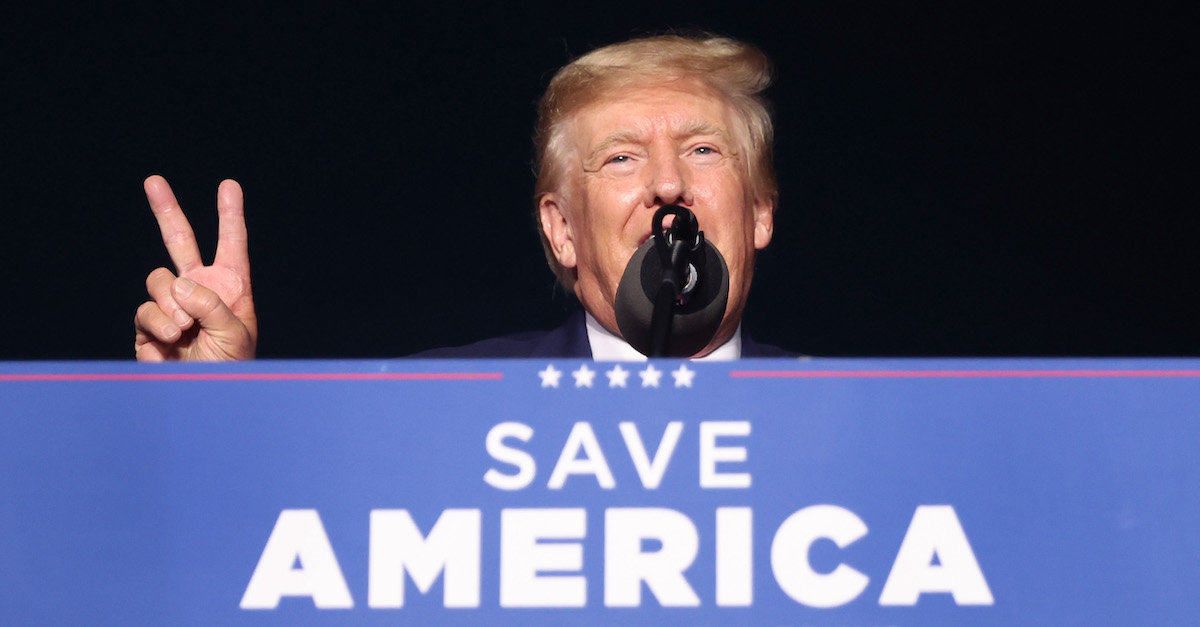 A brief yet mildly illuminating set of documents unsealed Thursday says an FBI agent used the Meta-owned WhatsApp platform to phone in a search warrant for Donald Trump’s Mar-a-Lago property in Florida.

The “highly sensitive” series of documents, ordered released in redacted fashion by U.S. Magistrate Judge Bruce E. Reinhart, are not the more detailed affidavit a large collection of news organizations and several interested independent pro se plaintiffs have requested from the court.

Still, the documents indicate that the “basis for the search” under the requisite Federal Rule of Criminal Procedure was to seek “evidence of a crime” or “contraband, fruits of crime, or other items illegally possessed” at the former president’s palatial compound in the Sunshine State.

The documents released Thursday are a criminal cover sheet, a cover sheet to a warrant application, a government application to seal all of the materials related to the warrant, and the court’s original order which indeed sealed all of the documents. Those materials now join the search warrant itself in having been made public.  However, the affidavit — a law enforcement officer’s detailed description of the facts and circumstances of the case — remains sealed.

Reinhart ruled Thursday he would consider releasing redacted versions of the affidavit at a later date. Federal prosecutors have opposed releasing the affidavit in its entirety by noting that such documents are generally not released to the public prior to an indictment — assuming one occurs.

The cover sheet to the warrant application indicates that the search was connected to a possible violation of three statutes: 18 U.S.C. § 793 (the willful retention of national defense information), 18 U.S.C. § 2071 (the concealment or removal of government records), and 18 U.S.C. § 1519 (the obstruction of a federal investigation).  Law&Crime explained how those statutes operate in a previous report.

The cover sheet was “[a]ttested to” by an FBI special agent “by Phone (WhatsApp),” the form reveals. Indeed, the form is titled as an “application for a warrant by telephone or other reliable electronic means.”

The criminal cover sheet document indicates, in the usual perfunctory fashion, that no other relevant matters are proceeding before other magistrate judges in other sections of the same federal district where the Mar-a-Lago-related proceeding is ongoing. Warrant applications routinely include such attestations to flag the judiciary if prosecutors are seeking search warrants from multiple magistrates.

The cache of materials unsealed Thursday, though dated Aug. 5, do not contain the name of the FBI agent who phoned in the request to search and seize from Mar-a-Lago. Nor does the stash of paperwork provide the name of an assistant U.S. attorney who signed a concomitant motion to seal the materials. Those names are redacted in both versions of the material released Thursday.

The motion to seal “all” of the documents which accompanied the warrant says that the government had “good cause” to fear that “integrity of the ongoing investigation might be compromised, and evidence might be destroyed,” if the documents became public.

“The United States further requests that, pursuant to this Court’s procedures for Highly Sensitive documents, all documents associated with this investigation not be filed on the Court’s electronic docket because filing these materials on the electronic docket poses a risk to safety given the sensitive nature of the material contained therein,” prosecutors added.

Reinhart agreed with that logic the same day it was filed by issuing the following:

IT IS HEREBY ORDERED that the Motion to Seal, the Search Warrant and its accompanying documents, and this Order shall be filed under seal until further order of this Court. However, the United States Attorney’s Office and the Federal Bureau of Investigation may obtain copies of any sealed document for purposes of executing the search warrant.

Reinhart averred on Thursday, however, that some of the documents should be made public — including the paperwork referenced in this report.

The Thursday document release is embedded below in its entirety: