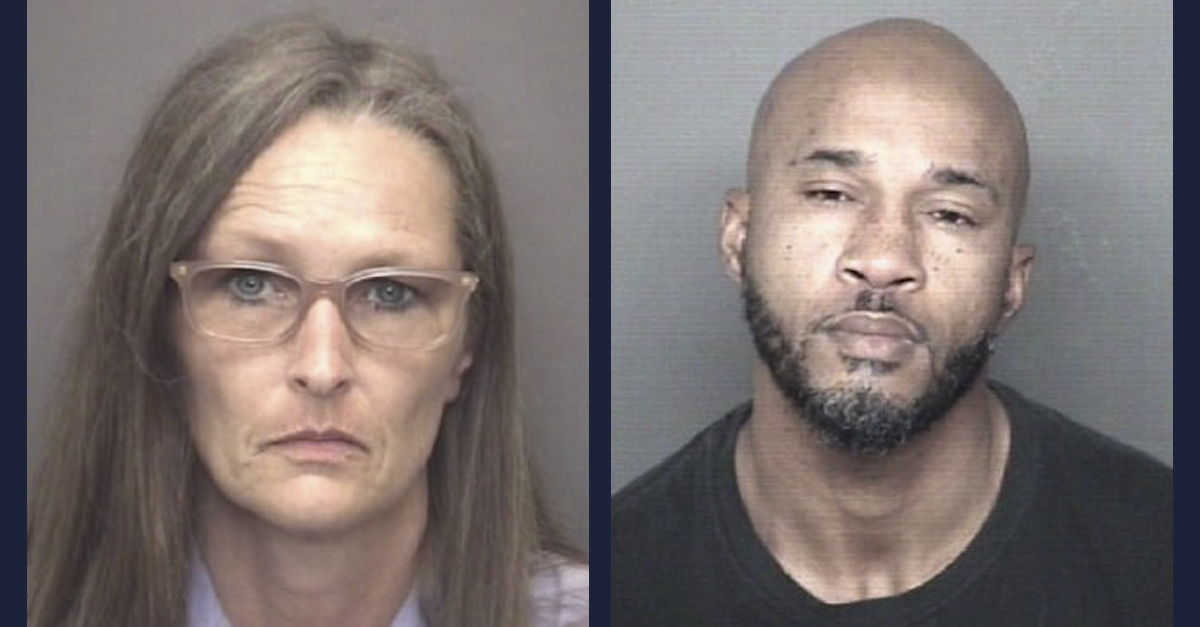 An Indiana woman and firefighter’s widow has been charged in connection with her late husband’s 2019 shooting death.

Elizabeth Fox-Doerr, 50, stands accused of murder and conspiracy to commit murder over the death of 41-year-old Evansville firefighter Robert Doerr, who was killed on his own property. Charged alongside the widow is convicted murderer Larry Richmond Sr., 42, who is currently incarcerated on four federal weapons charges.

According to the Evansville Police Department, Richmond had long been a suspect in the slaying. Fox-Doerr, who dialed 911 on the night in question, was originally charged with with obstruction of justice and false informing for allegedly deleting a phone call record before calling authorities. Those charges were eventually dropped in October 2019.

In July of this year, Fox-Doerr was charged again, that time with perjury, and she has been detained since her arrest, according to Evansville-based ABC affiliate WEHT. Prosecutors said the initial charges against the widow were dropped at the request of police to make sure a trial did not interfere with the murder investigation.

The slain firefighter was found dead in his driveway on Feb. 26, 2019, just after 7:00 p.m. Police say he was shot at least three times as he was getting out of his truck after working a 12-hour shift, according to probable cause affidavits obtained by the Courier Press.

“We are relieved to have an update in this case,” EPD spokesperson Sergeant Anna Gray said during a Thursday press conference.

In one of those affidavits, the male defendant’s son told police in 2019 that his father sent him and his mother letters, one of which said, according to a police account, “if the gun he stole ever pops up they will be trying to charge him with murder or accessory to murder.”

In February 2020, the EPD held a press conference detailing Richmond’s past and identifying him as a “person of interest” in the Doerr murder. The EPD alleged at the time that Richmond had a prior relationship with the Doerr family at the time the local hero was killed.

The co-defendant was arrested less than a month after the shooting due to his son’s tip. Police found a box of guns with serial numbers removed and buried in Richmond’s backyard. A felony offender released from prison in March 2018 – after serving 22 years of a 45-year murder sentence – he was legally barred from owning any guns.

Richmond is currently serving a 60-month sentence on those gun charges, according to Indianapolis-based NBC affiliate WTHR.

According to the affidavits, the EPD’s investigation also came to rely on the word of a jailhouse informant who said Richmond had admitted to the murder of Doerr on multiple occasions.

Police say that Fox-Doerr eventually admitted to deleting the aforementioned phone record – which detailed a phone call with her co-defendant – because she “knew he had been in trouble before” and did not want investigators to think the duo had been carrying on romantically, one of the affidavits obtained by WEHT alleges.

Evansville Fire Department spokesperson Mike Larson thanked investigators, saying they followed every lead, “no matter how big or how small,” in comments reported by the Courier Press.

“It’s because of that dedication to finding the truth that brought us to today’s announcement,” Larson went on. “He was a son, a brother, a father and grandfather. His brothers and sisters in this department were robbed that night. We are relieved the long wait is over and individuals are being brought to justice.”