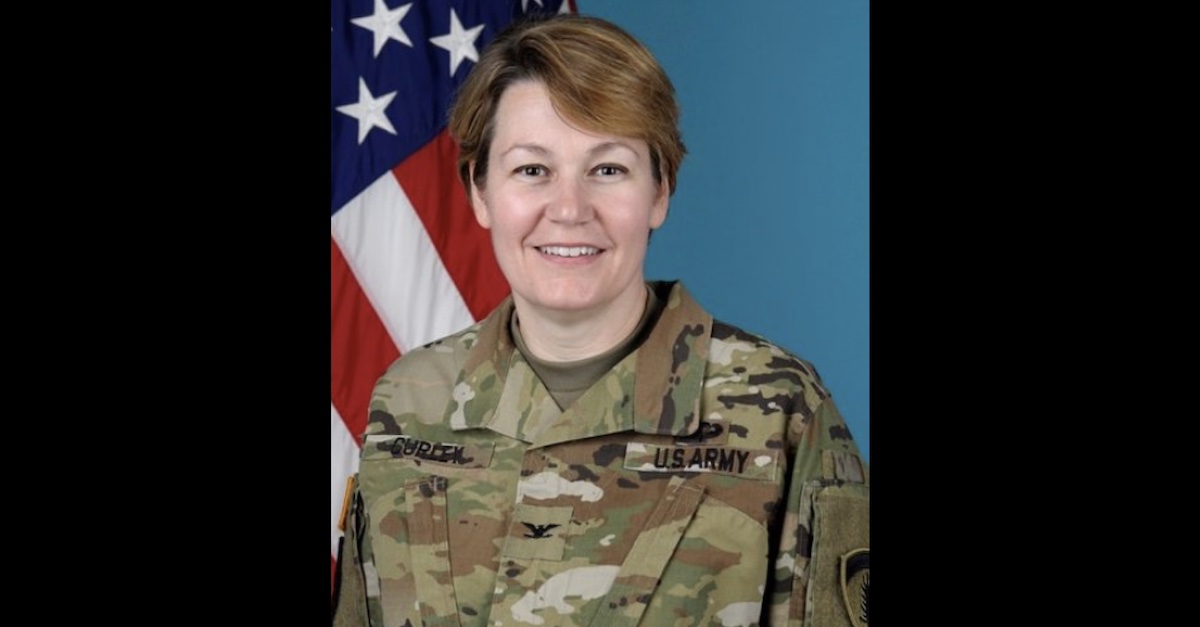 Buried in Supreme Court orders on Monday was a new appointment by the court of its eleventh-ever Marshal. Col. Gail A. Curley was the high court’s choice for the role of chief security officer and more, as defined by federal law.

Congratulations to Gail Curley, the new Marshal of the Supreme Court. The Marshal supervises the Court's police, cries in the Court with the familiar "Oyez," and (somewhat oddly) is responsible for paying the Justices' salaries. https://t.co/Ec48jyqXkq

(a) The Supreme Court may appoint a marshal, who shall be subject to removal by the Court, and may fix his compensation.
(b) The marshal may, with the approval of the Chief Justice of the United States, appoint and fix the compensation of necessary assistants and other employees to attend the Court, and necessary custodial employees.
(c) The marshal shall:
(1) Attend the Court at its sessions;
(2) Serve and execute all process and orders issued by the Court or a member thereof;
(3) Take charge of all property of the United States used by the Court or its members;
(4) Disburse funds appropriated for work upon the Supreme Court building and grounds under the jurisdiction of the Architect of the Capitol upon certified vouchers submitted by the Architect;
(5) Disburse funds appropriated for the purchase of books, pamphlets, periodicals and other publications, and for their repair, binding, and rebinding, upon vouchers certified by the librarian of the Court;
(6) Pay the salaries of the Chief Justice, associate justices, and all officers and employees of the Court and disburse other funds appropriated for disbursement, under the direction of the Chief Justice;
(7) Pay the expenses of printing briefs and travel expenses of attorneys in behalf of persons whose motions to appear in forma pauperis in the Supreme Court have been approved and when counsel have been appointed by the Supreme Court, upon vouchers certified by the clerk of the Court;
(8) Oversee the Supreme Court Police.

“It is ordered that Gail A. Curley be appointed Marshal of this Court, effective June 21, 2021,” the court said in its Monday orders list.

The Supreme Court’s Public Information Office went into much more detail about Col. Curley’s background, noting that she will become the eleventh Marshal of the Supreme Court and the second woman to serve in that role.

Curley “succeeds Pamela Talkin, who retired on July 31, 2020 after 19 years as Marshal,”a statement said. “As Marshal, Col. Curley will serve as the Court’s chief security officer, facilities administrator, and contracting executive, managing approximately 260 employees, including the Supreme Court Police Force, which provides security for the Justices, Court staff, visitors, the building and surrounding grounds. Col. Curley will call the Supreme Court to order in argument sessions, maintaining order and decorum during Court proceedings.”

From here, the court focused on Curley’s military and legal experience:

Col. Curley comes the Court from the U.S. Army where she was the chief of the National Security Law Division in the Office of The Judge Advocate General. She supervised a team of judge advocates, led the strategic engagements program for the the Judge Advocate General’s Corps, and provided legal advice and support on national security law to senior Army leadership. From 2016 to 2019, Col. Curley was the staff judge advocate for Headquarters, U.S. Army Europe in Wiesbaden, Germany, where she served as the senior U.S. Army attorney for an area consisting of 50 nations and supervised over 300 legal professionals. She has held a wide variety of leadership and legal positions over her military career at many locations including Germany, Afghanistan, and the continental United States.

Col. Curley got her J.D. in 1999 from the University of Illinois College of Law and went on, five years later, to receive a Master of Laws degree at The Judge Advocate General’s Legal Center.