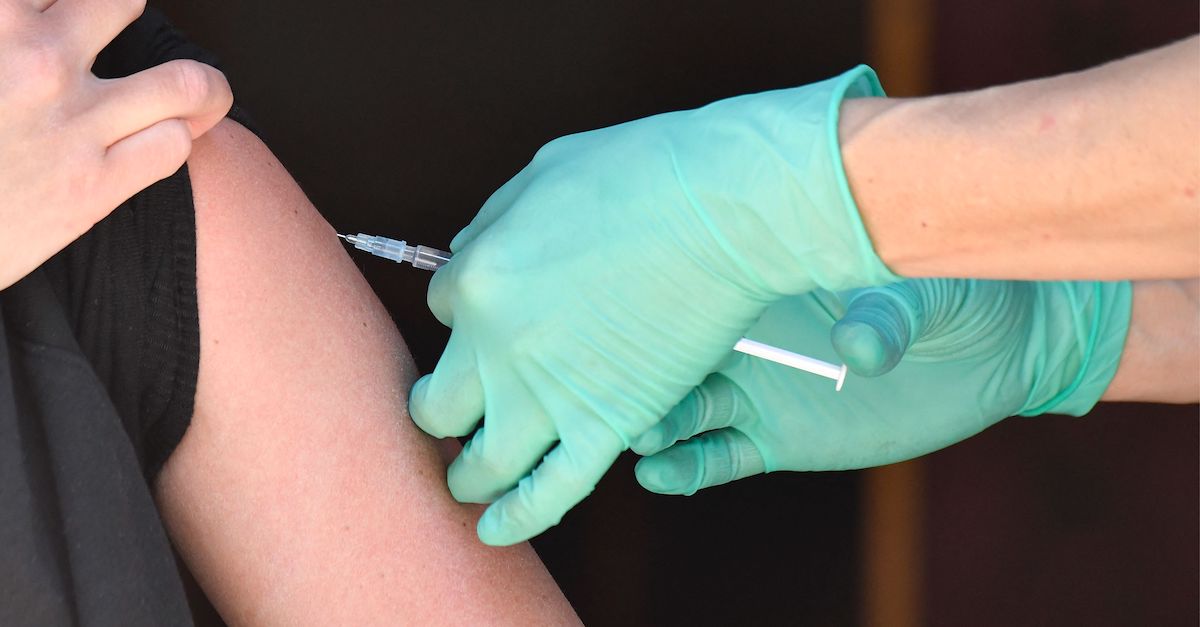 In an eleventh-hour petition, a group of New York City schoolteachers asked the Supreme Court to block the Department of Education’s vaccine mandate set to take effect on Friday.

“If permitted to take effect, the August 23 order will force thousands of unvaccinated public-school employees to lose their jobs—while other municipal employees, including those who have significant contact with children, are allowed to opt-out of the vaccine mandate through weekly COVID-19 testing,” their lawyer Vinoo P. Varghese wrote in a 12-page emergency petition on Thursday.

One week ago, U.S. District Judge Brian Cogan rejected a request by the teachers—Rachel Maniscalco, Evelyn Arancio, Diana Salomon, and Corinne Lynch—for an injunction blocking the mandate. The decision noted that the Supreme Court resolved the long-settled constitutionality of vaccine mandates in 1905.

“In Jacobson v. Massachusetts, [ . . . ] the Supreme Court held that a vaccine mandate enacted by state of Massachusetts without any exceptions for adults – including for medical or religious reasons – was constitutional, and not a deprivation of any right secured by the U.S. Constitution,” the district court judge’s ruling notes.

Invoking another pandemic-related controversy, Judge Cogan said that the a policy requiring dosing Department of Education employees with ivermectin — an anti-parasite drug often used on horses — might be a “plain, palpable invasion” of their rights.

“However, mandating a vaccine approved by the FDA does not,” Cogan added.

“Ultimately, even if plaintiffs disagree with it, the Order at issue represents a rational policy decision surrounding how best to protect children during a global pandemic,” his ruling continued. “Although plaintiffs argue that there are other proven means of preventing the spread of COVID-19 in schools, among them frequent testing and mask wearing, it is not shocking for the City to conclude that vaccination is the best way to do so, particularly at a time when viral transmission rates are high.”

Shortly after Judge Cogan issued his ruling denying an injunction, Donald Trump-appointed U.S. Circuit Judge Joseph Bianco granted the teachers a temporary injunction pending a review by a three-judge panel. That panel—comprised of judges appointed by both Democratic and Republican presidents—unceremoniously dissolved that injunction and reinstated the mandate.

The teachers made a last-ditch appeal to the Supreme Court to block it again, a little more than a day before the enforcement date and time set by New York City Mayor Bill de Blasio: Oct. 1 at 5:00 p.m.

After that time, violators may be placed on leave without pay by the agency, the teachers note.

“While a temporary interruption of work is not actionable, the mandate here would have a permanent effect: it is open-ended, where if a teacher never gets vaccinated, he or she will never be able to return to work,” the group of teachers, purporting to represent a class of hundreds of others, claim in their petition.

The teachers claim that the measure is “temporary” in name only.

“The only thing temporary is that they will receive health care benefits for a year until September 2022, after which they will lose even that and be fully separated from the DOE,” the petition continues.

Justice Sonia Sotomayor, who previously sat on the Second Circuit Court of Appeals before Barack Obama elevated her to the Supreme Court, will consider the teachers’ petition. Sotomayor now serves as a circuit justice for her former circuit jurisdiction.

Read the petition below: