This Week on the Objections Podcast: UPenn Professor Breaks Down the Law Behind ‘Vaccine Passports’ 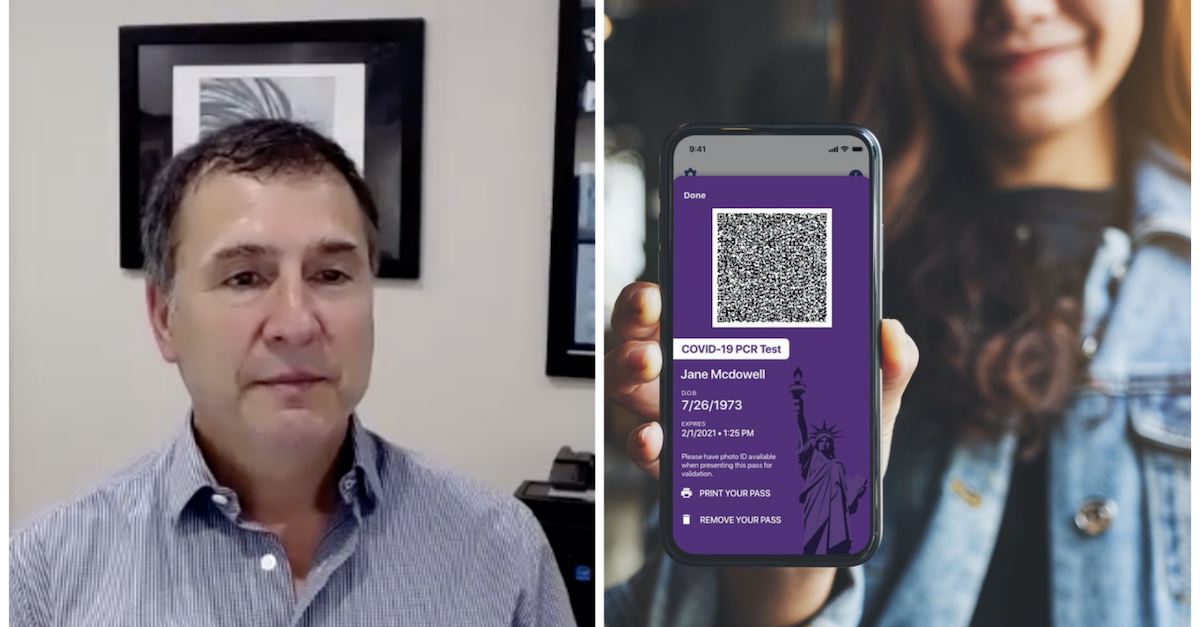 For all of the political furor surrounding so-called “vaccine passports,” certain countries have long required proof of immunity for tropical diseases, and experts note that the law on the issue is not a close question.

“Are vaccine mandates legal? There’s lots of hard questions in the universe of law, but that’s not a hard question,” University of Pennsylvania Law Professor Eric Feldman noted on the latest episode of Law&Crime’s podcast “Objections.”

“That’s an easy question,” the professor added. “The answer is yes.”

The Supreme Court settled that matter in the case of Jacobson v. Massachusetts, affirming penalties against a Swedish-American pastor who resisted a smallpox vaccine back in 1905.

That watershed case was over a true mandate: Pastor Henning Jacobson was convicted of refusing his vaccine and forced to pay a $5 fine, but so-called vaccine passports operate differently. They are not compulsory, but such certifications through voluntary programs could make it easier for participants in the program to travel, dine in a restaurant or attend a sporting event.

As Professor Feldman noted, the key challenge of the program will be logistical rather than legal.

“I think one big problem we have is no uniform system of vaccine registration,” Feldman said. “I still have a vaccine card from years ago that shows I had the yellow fever vaccine when I wanted to go hiking in Peru. So we there are these certificates, but nothing that’s globally recognized. I think as a legal matter, I’m not sure there’s going to be a successful legal challenge.”

“Once there’s actually a legitimate way of tracking who’s gotten the vaccine, there are certainly normative challenges,” he added. “It’s yet another way of dividing the world between the haves and the have-nots. That’s not always terribly appealing both the people on the left and people on the right in this case.”

“Vaccination is just not available enough around the world and is not available certainly on an equitable basis,” Ryan said at a press conference.

As previously reported on Law&Crime, White House Press Secretary Jen Psaki allayed privacy concerns by noting that the Biden administration will not be creating a “centralized, universal federal vaccinations database” and added that there will be “no federal mandate requiring everyone to obtain a single vaccination credential.”

“The right way is that it should be private, the data should be secure, the access to it should be free, it should be available digitally and in paper, and in multiple languages, and it should be open source,” Slavitt said at the time.

Immunity certifications are not the only measures the private sector is taking to encourage vaccinations. Rutgers University, the state university of New Jersey, has mandated that all students get a vaccine in order to take classes there. Staff and faculty will be encouraged, but not forced, to get the vaccine. In January, the CEO of United Airlines announced that he wants to require employees to get vaccinated and has urged other major corporations to follow suit.