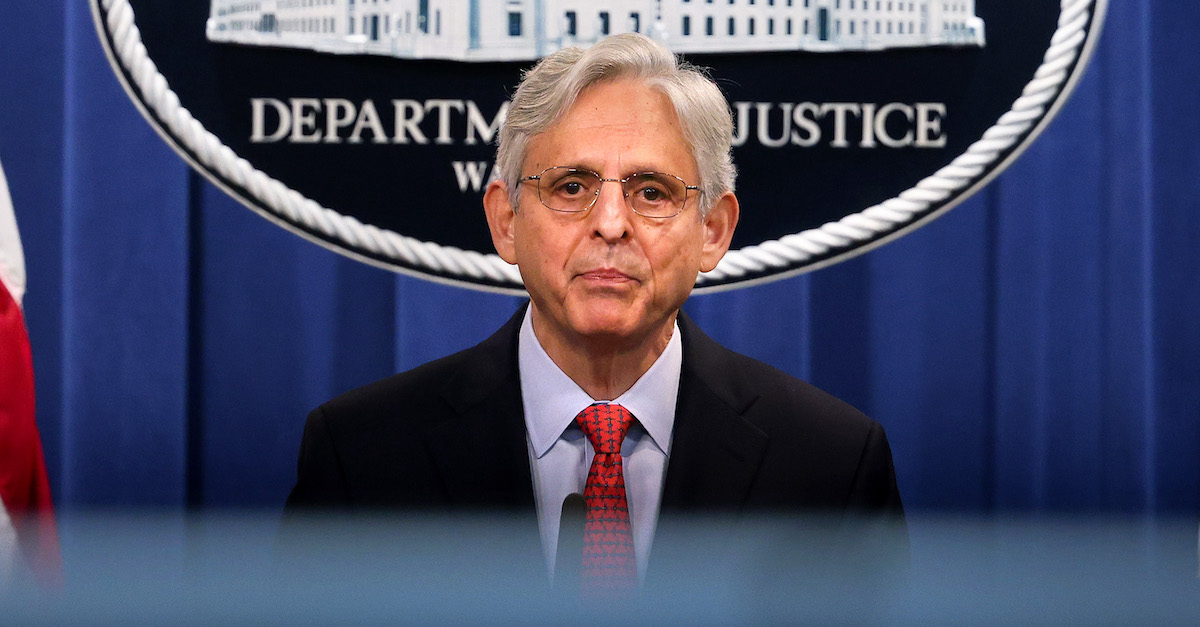 Attorney General Merrick Garland on Wednesday “directed” federal law enforcement officers to “provide additional support” to security efforts involving the U.S. Supreme Court — but a message from the Justice Department didn’t explicitly state that the officers would directly be involved with security efforts around the justices’ homes.

Protests have occurred in front of the personal residences of Justices Samuel Alito, Brett Kavanaugh, Clarence Thomas, Neil Gorsuch, and Amy Coney Barrett in the days since Politico published a leaked draft opinion which would overrule Roe v. Wade and therefore to allow states to criminalize abortion practices as they see fit.

Some have noted that the statement did not call for the protests to end.

The governors of Virginia and Maryland also requested additional security for the justices.

Virginia Gov. Glenn Youngkin, a Republican, wrote Wednesday to local leaders to request an “expanded security perimeter around the homes of the three current Justices Supreme Court Justices [error in original] who reside in Fairfax County.” 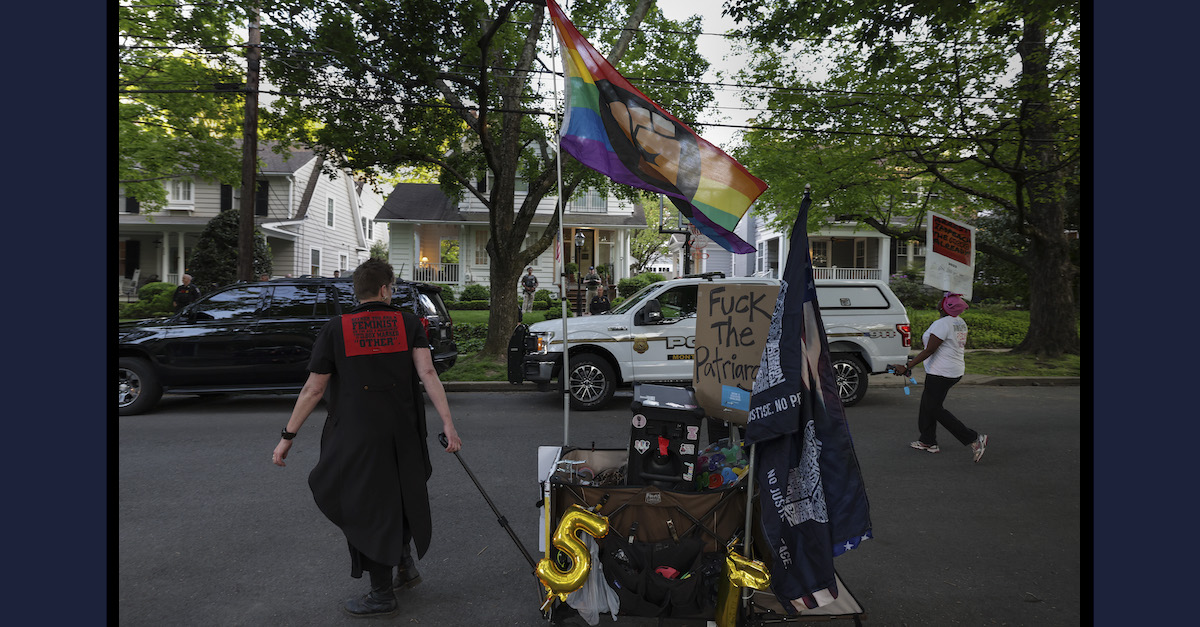 “This request is based on credible and specific information received about upcoming activities planned at or involving the homes of the Justices in Fairfax County,” Youngkin’s letter continued. “We believe for the safety of the Justices and their families, their neighbors, and the law enforcement heroes dedicated to preserving peace and order in our communities, that an expanded security perimeter should be established. Establishing a perimeter will ensure both the safety of the Justices, their neighbors and the demonstrators.”

“In addition to my clear safety concerns, I fundamentally believe such demonstrations and picketing should not be allowed at the Justice’s [sic] homes as they are meant to intimidate and influence the Justices, not to mention, scaring their families and small children,” the governor also wrote.

“It is in your hands to ensure that applicable federal law is enforced to preserve the integrity of our American judicial system and the safety of our citizens,” Hogan and Youngkin said in a joint letter.

The governors said the demonstrators used “threatening language” in interviews with ABC News. The verbiage attributed to the picketers included beliefs that Alito’s “intrusion into our rights deserves some intrusion into his peace and comfort.”

“If you take away our choices, we will riot,” one protester was quoted as saying, according to the letter.

The letter attributes the interviews to an “ABC News” report, but the concomitant footnote in the letter actually directs the reader to a story by WUSA, which is an affiliate of an entirely different network (CBS). Despite that factual error, the WUSA report does contain the cited quotes.

Today, @GovernorVA and I sent a letter to Attorney General Merrick Garland calling on the Department of Justice to provide adequate resources to keep the Supreme Court justices and their families safe amid ongoing protests at their homes. pic.twitter.com/6D0bMGSp3q

Law&Crime previously surveyed the statutes and federal cases at play. A frequently referenced federal criminal statute, 18 U.S.C. § 1507, forbids “picket[ing] or parad[ing] in or near . . . a . . . residence occupied or used by [a] judge” if the activity is undertaken “with the intent of influencing any judge.” The U.S. Supreme Court has spoken favorably of such statutes and has upheld the constitutionality of their analogues among the states.  In Cox v. Louisiana (1965), sometimes known as Cox II because the same exact plaintiffs and defendants were involved in another matter, the Court held that such statutes were constitutional despite their heavy restrictions on the rights of speech and protest — both of which are encapsulated by the First Amendment — because of a constitutional collision with the Due Process Clause.  In other words, First Amendment protests must take a back seat to the due process rights of litigants whose cases and controversies are before the courts.

“There is no room at any stage of judicial proceedings for such intervention; mob law is the very antithesis of due process,” the Cox II court rationed.

But subsequent decisions involving different statutes, such as Frisby v. Schultz (1988), have noted that protests which simply walk past houses likely pass constitutional muster. Frisby draws the line when protests target a specific house — not when protests are simply passing by or through a particular area.

“Our prior holdings make clear that a public street does not lose its status as a traditional public forum simply because it runs through a residential neighborhood,” said the Frisby court.  “General marching through residential neighborhoods, or even walking a route in front of an entire block of houses, is not prohibited by this ordinance.”

Because the ordinance was narrowly drawn on those parameters, it was constitutional. Ironically, Frisby held that a Wisconsin ordinance which banned picketing that targeted a specific residence could be applied against a pro-life mob that had assembled at the home of a purported abortion doctor.

.@POTUS strongly believes in the Constitutional right to protest. But that should never include violence, threats, or vandalism. Judges perform an incredibly important function in our society, and they must be able to do their jobs without concern for their personal safety.