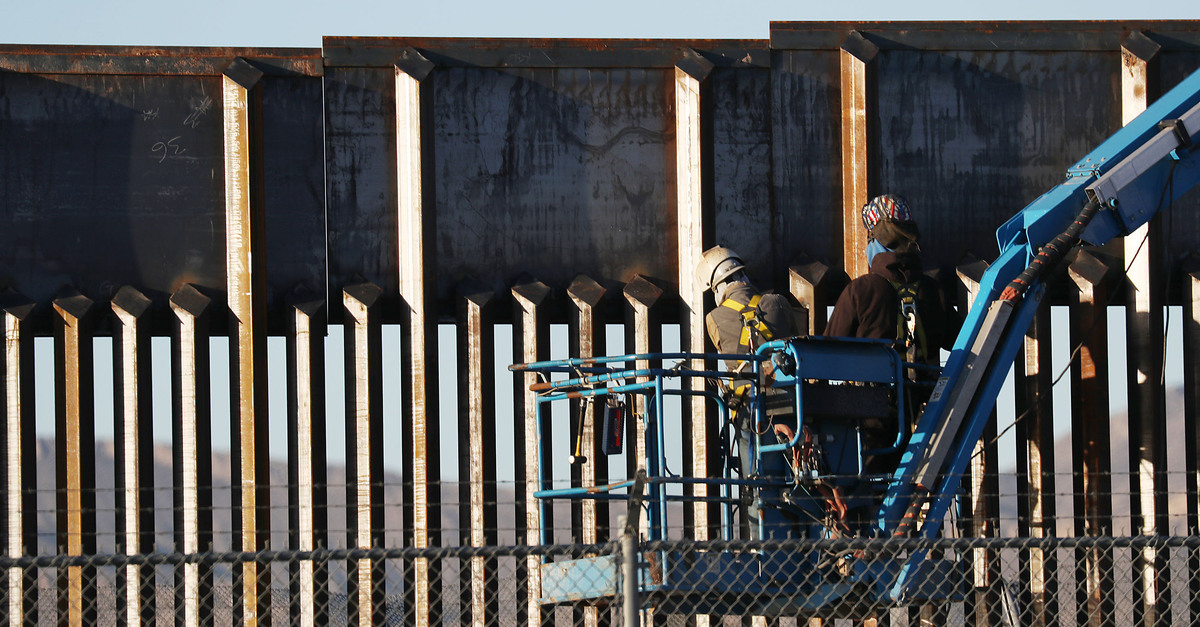 TEXAS — El Paso County officials and human rights advocates filed a petition with the U.S. Supreme Court on Thursday seeking a review of their case challenging President Donald Trump’s attempt to divert Department of Defense funds in order to continue construction on the controversial wall between the U.S.-Mexico border.

The plaintiffs previously won their case on the merits before the U.S. District Court for the Western District of Texas, which granted an injunction that prohibited the administration from using the disputed funds for construction of Trump’s long-promised and error-plagued wall. That ruling, which determined that such a diversion of funds is expressly illegal, was issued in October 2019. But, taking a cue from the Supreme Court itself, the Fifth Circuit Court of Appeals issued a stay of the lower court’s injunction and wall construction continued.

The appeals court subsequently denied an attempt to expedite its own review of the case, thereby allowing the administration to divert Congressionally-appropriated military funds apace.

Now, the plaintiffs are asking the nation’s high court to intervene and cut the slow-walked progress of the Fifth Circuit off at the pass.

“[T]wo related but different challenges to the Executive Branch’s border-wall expenditures have proceeded in the Ninth Circuit, and a petition for a writ of certiorari in those cases is currently pending before this Court,” El Paso’s petition notes.

In each of those cases, Sierra Club v. Trump and California v. Trump, the Ninth Circuit signed off on injunctions barring the Department of Defense from transferring $2.5 billion in “counterdrug support funds” to fund the border wall. Subsequently, the U.S. Solicitor General asked for relief prior to the Ninth Circuit’s judgment on the merits in those two cases and the high court is currently considering the request.

El Paso and the Border Network for Human Rights say it’s only fair that the Supreme Court entertain their petition now as well.

The ancillary underlying issue at stake here–aside from the legal controversy itself–is the use of the Supreme Court’s so-called “shadow docket.”

The Trump administration has been particularly adept at overturning injunctions from lower courts by directly appealing rulings to the Supreme Court. The current makeup of the court, led by Chief Justice John Roberts, has largely facilitated this aggressive legal strategy.

When a lower court has put the brakes on a controversial administration policy, such as the Muslim-majority country-focused travel ban, the Supreme Court allowed the policy to stay in effect pending its ultimate disposition by the nine justices themselves, giving the administration ample time to cure the ban’s original legal deficiencies. In fact, the administration has made upwards of 30 such requests and the conservative-dominated court has granted them in a majority of cases.

El Paso is attempting the same strategy from a decidedly more liberal perspective.

The same logic applies here for two reasons. First, petitioners press a merits argument that the District Court here endorsed and that independently precludes the Executive Branch’s border-wall expenditures, but which was not raised or considered in Sierra Club or California. As the District Court correctly held, respondents’ expenditures are barred by the Consolidated Appropriations Act, 2019, Pub. L. No. 116-6, 133 Stat. 13. Because that argument was not pressed to or passed upon by the Ninth Circuit, it is not presented by the Solicitor General’s pending petition for certiorari in Sierra Club and California. Review here is thus warranted to allow for full presentation and consideration of all the arguments addressing the legality of the expenditures at issue.

The plaintiffs’ concerns here are also distinct from those other two cases currently pending certiorari.

“In this case, petitioner El Paso County asserts economic and budgetary interests that are entirely distinct from the recreational, aesthetic, environmental, scientific, and sovereign interests asserted by the Sierra Club and California plaintiffs,” the petition continues. “As the District Court held, the County has ”suffered concrete … economic injury’ due to respondents’ wall construction. A significant portion of that construction is occurring just 15 miles from downtown El Paso…thereby harming the County’s regional economy and tourism industry.”

Advocates made clear that their effort was to use— to their own advantage—the Trump administration’s Supreme Court strategy.

Stuart Gerson is a former acting U.S. Attorney General and current attorney for the plaintiffs.

In a statement, he said:

The Supreme Court should take this case which could allow it to reaffirm our system of constitutional checks and balances that the Trump administration is flouting by arrogating congressional appropriations power. The Court should not allow this and related cases to languish because it controls the only definitive and certain way to stop the abuse of power of the Executive Branch and the restoration of Congress’s ability to restore and exercise the Article I powers that the framers of the constitution intended it to have. Now more than ever Congress must enact meaningful reforms to the National Emergencies Act and roll back decades of presidential encroachment into areas assigned to the legislature, irrespective of who occupies the White House.

“The Supreme Court cannot deny the growing legal consensus,” added Protect Democracy counsel Kristy Parker, “Every lower court to rule on President Trump’s flagrant usurpation of Congress to build his border wall has found it to be illegal. It’s time for the Supreme Court to check this tyrannical power grab and show Trump — and the country — that we have three co-equal branches of government, instead of one king-like executive.”