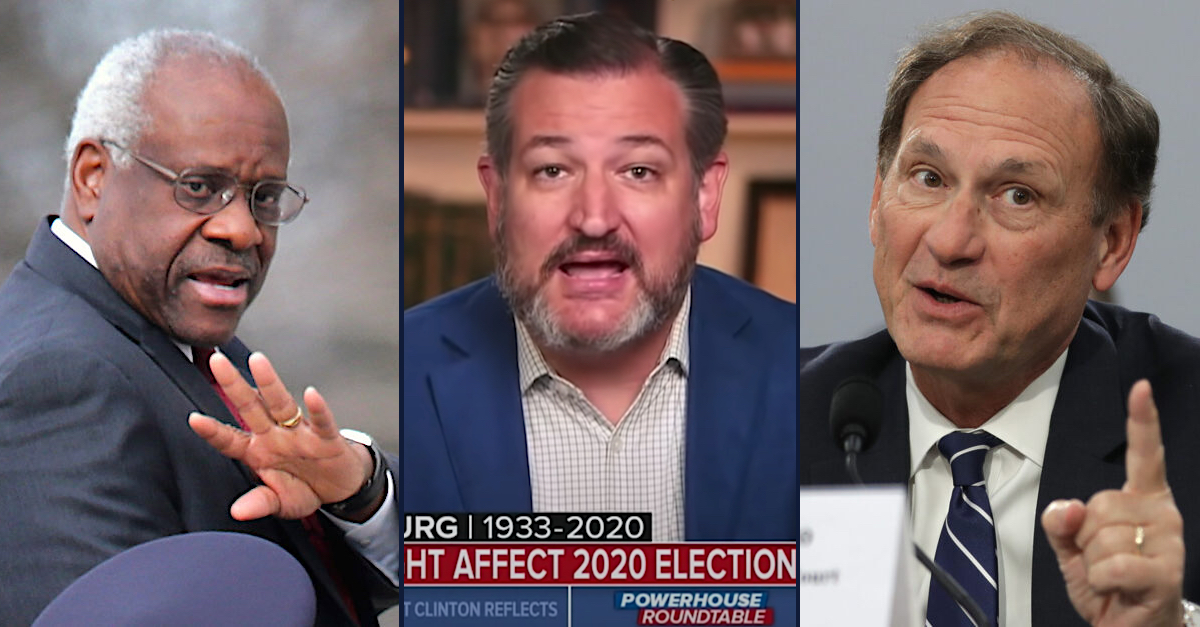 The Supreme Court of the United States heard oral arguments on Wednesday in Federal Election Commission v. Ted Cruz for Senate, a case in which Senator Ted Cruz’s (R-Texas) campaign challenges federal anti-corruption laws that restrict how private loans can be repaid by political campaigns.

Cruz loaned $260,000 in personal funds to his election committee, knowing that federal election law mandates that loans above $250,000 may only be repaid with pre-election contributions, and even then, only if repayments occur within 20 days following the election. By design, Cruz’s $260,000 loan was separated into $250,000 that was repaid to him, and $10,000 that became recharacterized as a contribution. Then claiming that he suffered actual financial harm suffered as a result of Section 304 of the Bipartisan Campaign Reform Act of 2002 (“BCRA”), Cruz challenged Section 304 in court by arguing that the loan-repayment limitation violates the First Amendment.

During oral arguments, the justices’ views about political campaigns came through at every turn. The Court’s conservatives focused on the potential deprivation of rights the regulation might cause, while the liberal wing saw the law as an attempt to combat dangerous political corruption.

The Court began by spending significant time discussing the threshold issue of whether Cruz has standing to bring his challenge before the Court in the unusual manner by which it arrived.  The case proceeded before a three-judge panel of the district court, then went directly to the Supreme Court — thus skipping the usual route through the requisite circuit court of appeals.

Arguing for the Federal Election Commission (FEC), Deputy Solicitor General Malcolm Stewart characterized the entire case as one in which Cruz manufactured facts simply to create standing to challenge the regulation.  Calling Cruz’s $10,ooo in un-repaid loans a “self-inflicted wound,” Stewart urged the justices to throw out Cruz’s claim as failing to demonstrate actual damages. Stewart likened Cruz’s actions to an individual purchasing an ultra-hot coffee from McDonalds for the sole purpose of causing an injury, then bringing a legal action when that injury occurs. The Court should refuse to rule on Cruz’s challenge, Stewart argued, because the statute did not thwart what would have been Cruz’s ordinary behavior.

The Court’s conservatives, though, were not willing to accept that narrative. Justice Samuel Alito peppered Stewart with hypotheticals about deprivations of constitutional rights. Alito likened Cruz’s injury to the racial discrimination suffered by Homer Plessy of the since-overturned Plessy v. Ferguson ruling — an example that both Justice Clarence Thomas and Ted Cruz’s counsel revived at other times during the proceeding.

Plessy v. Ferguson held that an 1890 Louisiana law which mandated “separate railway carriages” for whites and Blacks did not violate the Equal Protection Clause of the Fourteenth Amendment.  Homer Plessy, the petitioner, got into trouble when he chose to sit in a coach marked for whites.  The separate-but-equal doctrine was cast aside decades later by Brown v. Board of Education.  The Court determined in the latter case that something could not logically be both separate and equal.

Latching onto this train of thought, the Court’s conservatives rationed that Plessy could have sued even if he had chosen to sit in a railway car designated for Blacks pursuant to the 1890 Louisiana statute.  That’s because he would have suffered a cognizable injury due to his separate treatment under the law regardless of where he sat.  Likewise, Ted Cruz apparently has standing to challenge the election finance law regardless of whether he purposefully attempted to trigger its provisions, the conservative supermajority seemed to suggest.

The Court’s liberal wing, however, turned the conversation to the regulation’s anti-corruption purpose. Justice Sonia Sotomayor, who participated once again remotely from her chambers, said that she was “most concerned” about Stewart’s argument that Cruz lacked injury because he had used pre-election funds to repay his debt — even though there was no bar to Cruz using post-election funds to do so.

“So this restriction, which is on loan repayment, is really a restriction on how a candidate can use third parties to finance his speech, isn’t it?” Kagan retorted.

Those third parties, pointed out Sotomayor, aren’t likely to make post-election loans to a losing candidate — just a winning one: a reality that makes the risk of corruption more pronounced.

Justice Amy Coney Barrett was overtly skeptical of any claims of political corruption.

“We are balancing burdens against [an] interest in stopping corruption,” Barrett told Stewart, arguing for the FEC.

“You haven’t introduced evidence about corruption,” she commented. “Given that there wasn’t any evidence of actual quid pro quo corruption, do you want to address that?”

Later, however, both Kagan and Sotomayor circled back to Barrett’s inquiry. Kagan characterized post-election loans as a means for contributors to “find a way to put funds into a person’s pocket.”

“We know that after an election, your contribution as a contributor is not being used to promote a candidate, because the candidate has already won,” she said.

“So my normal reaction is — why do you give after the election to a candidate who is going to spend it on getting elected,” she continued. “To me that is a natural quid pro quo.”

[Images of Thomas and Alito via Chip Somodevilla/Getty Images; image of Cruz via ABC News/YouTube screengrab]