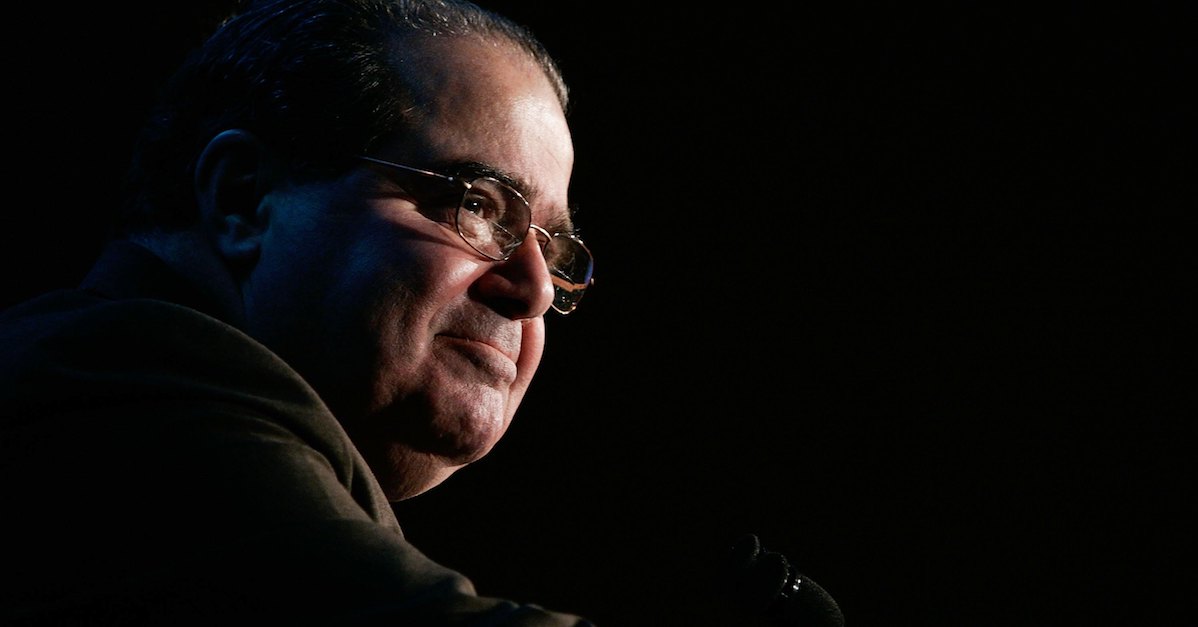 The Wall Street Journal ‘s editorial board spoke out against the fear-mongering on the issue of abortion ahead of President Donald Trump’s anticipated July 9, announcement of his Supreme Court nomination.

The editorial’s thesis is that the things that are being said now like, “Abortion will be illegal in twenty states in 18 months,” were said when Kennedy was nominated, when Neil Gorsuch was nominated, and the same on down for Clarence Thomas, John Roberts, and Samuel Alito. A current example would be Amy Coney Barrett.

Then smack dab in the middle of the piece is a tidbit from D.C. Circuit Court of Appeals Judge Laurence Silberman. The Journal says it was recently told by him that the late Antonin Scalia wouldn’t have tried to overturn Roe v. Wade. The reason why is not given, but the detail is wedged in between concerns that making abortion illegal would “create an enormous social uproar and invite an attack on the Court” that Chief Justice John Roberts wouldn’t want and a word about stare decisis (following precedent).

“The liberal line is always that Roe hangs by a judicial thread, and one more conservative Justice will doom it. Yet Roe still stands after nearly five decades,” the editorial argues. “Our guess is that this will be true even if President Trump nominates another Justice Gorsuch. The reason is the power of stare decisis, or precedent, and how conservatives view the role of the Court in supporting the credibility of the law.”

“Our view, supported by more than a little reporting, is that even though they think Roe was wrongly decided, most of the current conservative Justices would shy from overturning it and handing abortion law entirely to the states. The exception is Justice Clarence Thomas, who has made his intentions clear,” the editorial continued.

The conclusion was that, in all likelihood, the court might “put U.S. law close to where American public opinion is—keeping abortion legal but making it rarer than it now is.”

Is this really what Scalia would have wanted? Let’s see what potential Kennedy replacement Amy Coney Barrett had to say in the Notre Dame Law Review about the tension between stare decisis and Scalia’s originalist philosophy:

Stare decisis is a sensible rule because, among other things, it protects the reliance interests of those who have structured their affairs in accordance with the Court’s existing cases. But what happens when precedent conflicts with the original meaning of the text? If Justice Scalia is correct that the original public meaning is authoritative, why is the Court justified in departing from it in the name of a judicial policy like stare decisis? The logic of originalism might lead to some unpalatable results. For example, if the original meaning of the Constitution’s Gold Clauses prohibits the use of paper money, is an originalist bound to plunge the economy into ruin? Some constitutional theorists treat precedent as capable of supplementing and even supplanting the text’s historical meaning; for them, choosing to follow precedent that diverges from the original meaning is relatively unproblematic. Originalists, in contrast, have difficulty identifying a principled justification for following such precedent, even when the consequences of overruling it would be extraordinarily disruptive.

Faced with this problem, Justice Scalia famously described himself as a “faint-hearted originalist” who would abandon the historical meaning when following it was intolerable. He claimed that “stare decisis is not part of my originalist philosophy; it is a pragmatic exception to it.”

If Scalia’s reported beliefs were true and other conservative Justices feel the same way, it would stand to reason that reports of Roe v. Wade‘s impending demise may be greatly exaggerated.