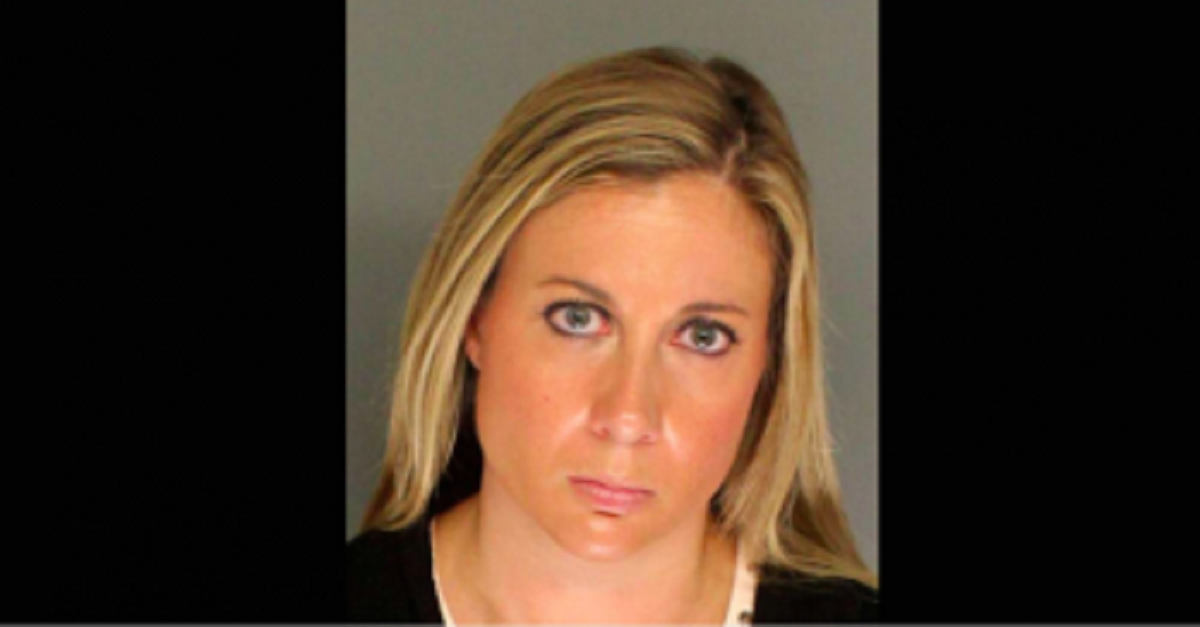 A former special education teacher accused of having sex with her students was caught in a car with one of her alleged victims, even after a court order was issued barring her from contacting the student, the New York Post reported.

Laura Calladio Ramos, 32, was pulled over in Milford, Connecticut after an officer spotted her talking on the phone while driving. The officers then determined that one of her alleged victims was in the car with her.

Ramos is currently awaiting trial after being charged with second degree sexual assault. The alleged victim was an 18-year old special needs student whom she is accused of assaulting between the months of December and April 2017, according to the Connecticut Post. Police also believe she may have sexually assaulted other students.

Following her first arrest, a video statement was released of Ramos admitting to having sex with the 18-year-old special needs student multiple times, and usually, “in her car”.

Another student at the school told authorities that Ramos had also reached out to him and was at first “as a normal teacher helping a student” but then transitioned into more personal topics.

The student said, “Ms. Ramos would complain that her ‘man’ or ‘guy’ does not want to have sex or do anything with her,” according to the arrest warrant.

Ramos’ husband recently divorced her and gained custody of their 2-year-old son.

Ramos is currently free on $50,000 bond, however prosecutors are seeking to have it revoked, as police charged her with violating the protective order. Her attorney Edward Gavin said, “Laura Ramos has faithfully attended every court appearance and will continue to do so. We will address the motion [to revoke her bond] at the hearing.”