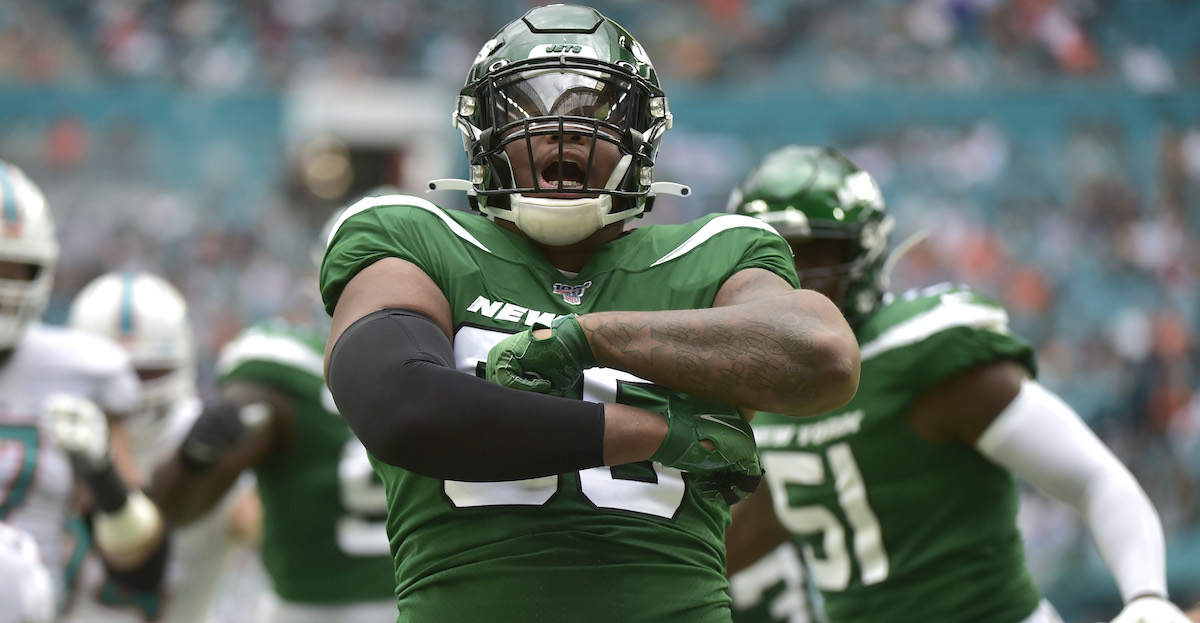 New York Jets defensive lineman Quinnen Williams, a top draft pick for the generally grounded franchise in 2019, had himself a run-in with the law at LaGuardia Airport on Thursday night, but his lawyer expects this to be resolved in short order.

Attorney Alex Spiro said that his client is a law-abiding man.

“Mr. Williams respects and follows the law,” Spiro told Law&Crime in a statement. “There was allegedly a technical issue with the manner in which the lawfully owned firearm was stored – and we expect the matter to be resolved shortly.”

It’s not clear at this time how the gun was stored.

Spiro is one of the lawyers who has represented New England Patriots owner Robert Kraft in the ongoing Florida prostitution sting controversy.

According to reports, the 22-year-old Williams was arrested for alleged unlawful possession of a pistol–an unloaded Glock 19. This is a gun for which he has a permit in Alabama but not in New York. Williams did have ammunition, meaning he could be charged for having a loaded gun even though it wasn’t literally loaded, per NJ.com. He was trying to board an outbound flight.

The Jets drafted Williams with the no. 3 overall pick in the 2019. He was a force at the University of Alabama.

Williams has a March 25 desk/court appearance, according to a spokesperson for the Queens DA office. At that time, he will have formal charges. Authorities haven't indicated if the gun was loaded; that is an important detail. NYC gun laws are strict. #Jets

Disclosure: this writer is a Jets fan and would really like this to matter to be resolved shortly.