New Book: Definitive Story of Case Against Jeffrey Epstein and Corrupt System That Supported Him 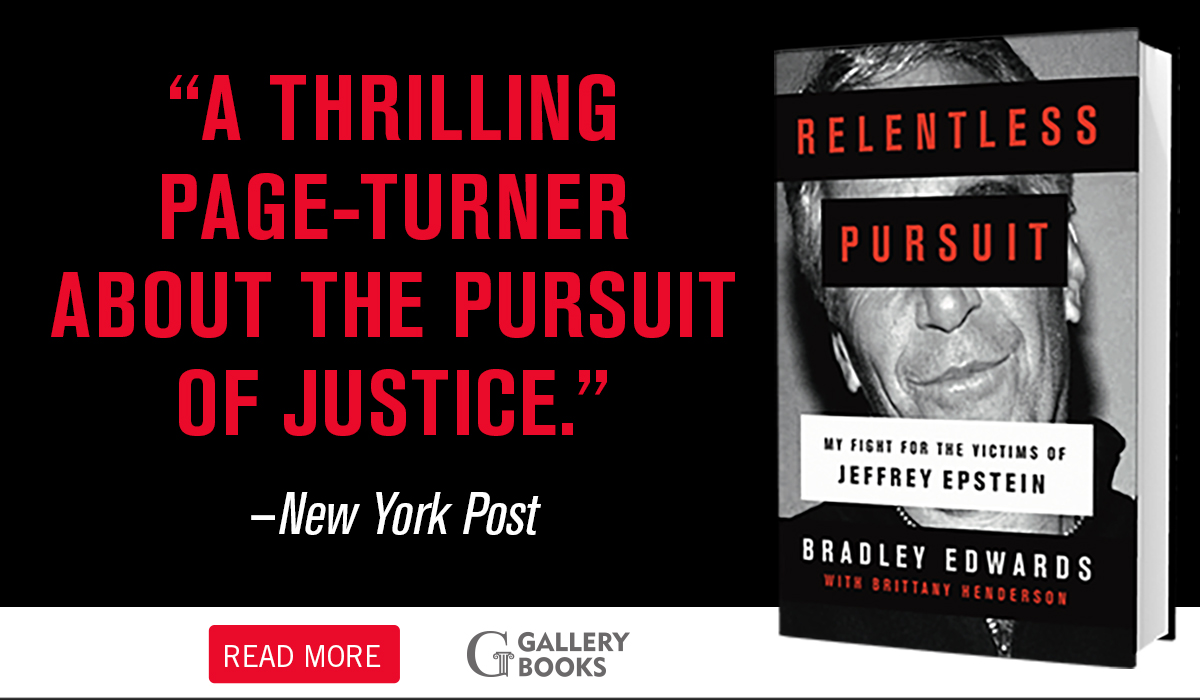 Why did it take so many years to take down convicted sexual predator Jeffrey Epstein, and how did it happen? Attorney Bradley J. Edwards gives you a front-row seat on that story in his new book with trial lawyer Brittany Henderson, Relentless Pursuit: My Fight for the Victims of Jeffrey Epstein.

“On June 13, 2008, I was thirty-two years old and had just started my own law firm in Hollywood, Florida,” Edwards wrote. “I got a call from Jay Howell, an attorney in Jacksonville, where I grew up. He asked me if I had heard of Jeffrey Epstein, I had not.”

He spoke to a 22-year-old Courtney Wild as a favor to Howell, but what he learned from her sparked a journey lasting over 11 years. She said that she had been sexually assaulted by a powerful man six years before: financier Jeffrey Epstein.

“What I’d expected to be a thirty-minute meeting taken as a favor to a lawyer and friend turned into a three-hour marathon of many interwoven tales,” Edwards wrote. “Courtney’s story was compelling. I felt for her. I told her I would help her. I thought that it would take nothing more than one telephone call to the U.S. Attorney’s office. This would be the first time I was wrong in the Epstein saga, but it wouldn’t be the last.”

Over the next 11 years, he’d hear about Epstein more than most people would care to, and he’d go on to represent over 20 of the sexual predator’s alleged victims.

Epstein famously pleaded guilty in 2008 in a Florida state court, but the actual result didn’t account for the many girls he’s accused of assaulting. It turned out in 2018 that he’d reached a sweetheart deal with federal prosecutors in Florida that not just shielded him, but also the people who purportedly helped him control and abuse teen girls.

The beginning of the end arrived when other federal prosecutors in New York charged him for sex trafficking. Allegations dated back before his 2008 guilty plea, but authorities said that a raid on Epstein’s Manhattan mansion turned up nude photos of underage victims. Most charges seemed likely until the defendant’s sudden death. He was found dead in his jail cell. Investigators said it was suicide by hanging.

Edwards provides a riveting, blow-by-blow account of battling Epstein on behalf of his clients and provides details never shared before. He explains how he tracked Epstein’s criminal enterprise from Florida, to New York, to Europe, to a Caribbean island, and, in the process, became the one person Epstein most feared could take him down. Epstein successfully dodged the U.S. Justice system but in the end, he couldn’t stop Edwards, his small team of committed lawyers, and, most of all, the victims, who were dead-set on seeing their abuser finally put behind bars.