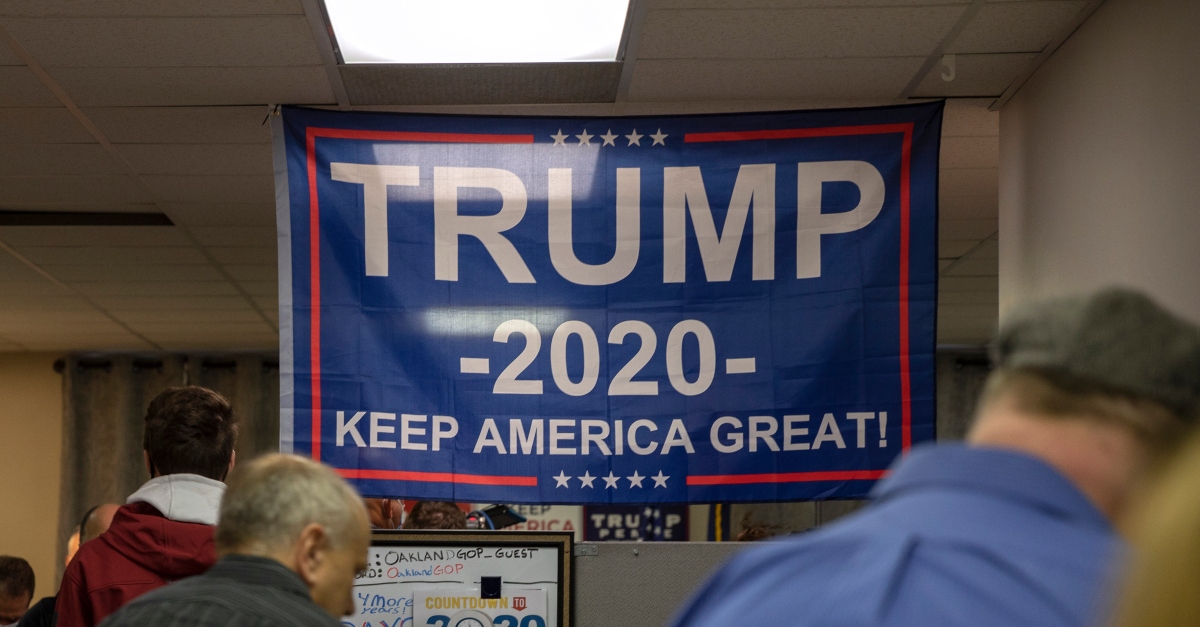 What does the Trump team really expect out of the ongoing and so-far fruitless legal battles over the 2020 presidential election? Apparently not much! From The Associated Press:

The strategy to wage a legal fight against the votes tallied for Biden in Pennsylvania and other places is more to provide Trump with an off-ramp for a loss he can’t quite grasp and less about changing the election’s outcome, the officials said. They spoke to AP on the condition of anonymity to discuss internal strategy.

Those speaking on background said they were, at best, stalling the inevitable, but President Donald Trump and his loyalists were working to maintain supporters.

All things told, Democratic party nominee and former vice president Joe Biden will be sworn into office on January 20, 2021, but that’s not stopping the Trump team from pursuing legal fights in battleground states like Pennsylvania.

Supporters, including Senators Ted Cruz (R-Texas) and Lindsey Graham (R-South Carolina), are saying the president should not concede.

The media does not get to select our President.

The American people get to elect our President.

At this point, we should allow the rule of law and legal process to operate. pic.twitter.com/W3SaDLquPY

Publicly, Trump is not giving in.

Reporting is mixed on whether adviser and son-in-law Jared Kushner recommended he concede. Kushner did, according to two sources cited by CNN on Sunday. But that same day, one source for Axios that same day said that Kushner advised going for “legal remedies,” while another said Kushner did not ask his father-in-law to concede.