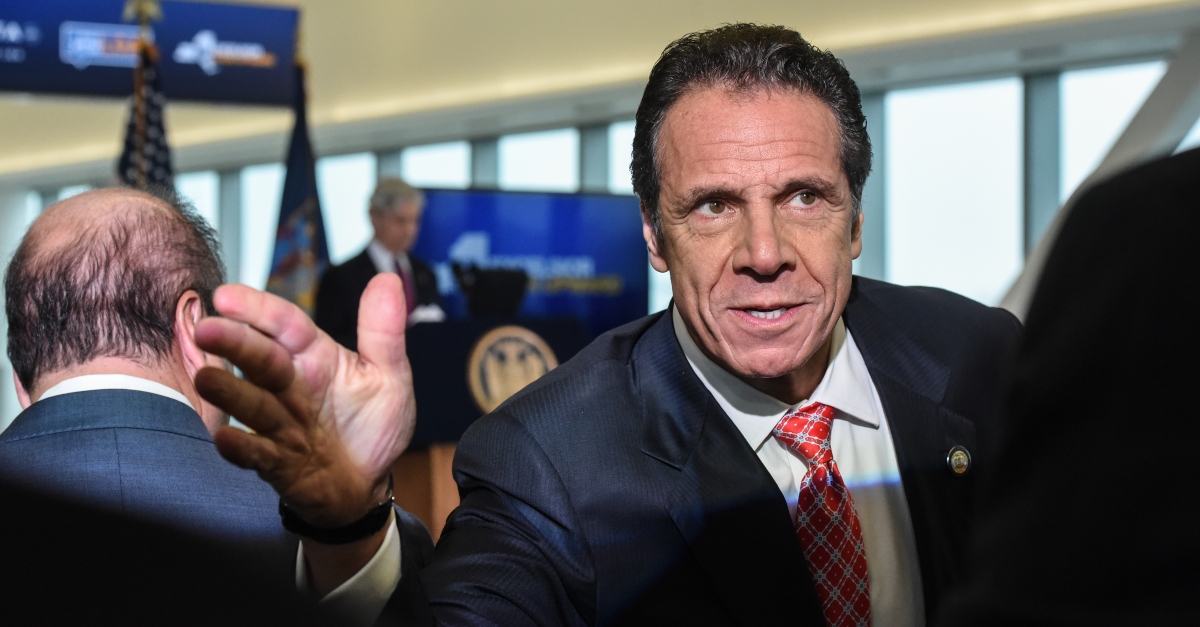 “I cannot in good conscience support legislation that would authorize such actions by federal judges who are appointed by this federal administration,” he wrote Friday, according to The New York Times. “President Trump does not embody who we are as New Yorkers.”

There’s a lot of divisive topics out there. This bill wasn’t one of them, at least until Cuomo’s veto. S6330A–sponsored by Senator Liz Krueger, a Democrat–passed the state senate on June 13 on a 61 – 1 vote. Records show that only Republican Joseph A. Griffo, the deputy minority leader, voted against it on the floor. It passed the assembly by a 144 – 2 vote.

The bill doesn’t do a lot, technically speaking. In New York, only two kinds of federal judges can officiate weddings in the state: 1) judges for the second circuit court of appeals, which covers NY, Connecticut, and Vermont; and 2) district judges from New York. Kruger’s bill would’ve lifted restrictions so that now any federal appellate or district judge could officiate a wedding in NYS.

To be sure, judicial nominations are easily among the most fraught topics of the Trump administration. Krueger said she was alarmed by some of the Trump judges, especially when it came to immigration, but added, “I’m not sure my moral outrage extends to refusing them the right to perform weddings.”