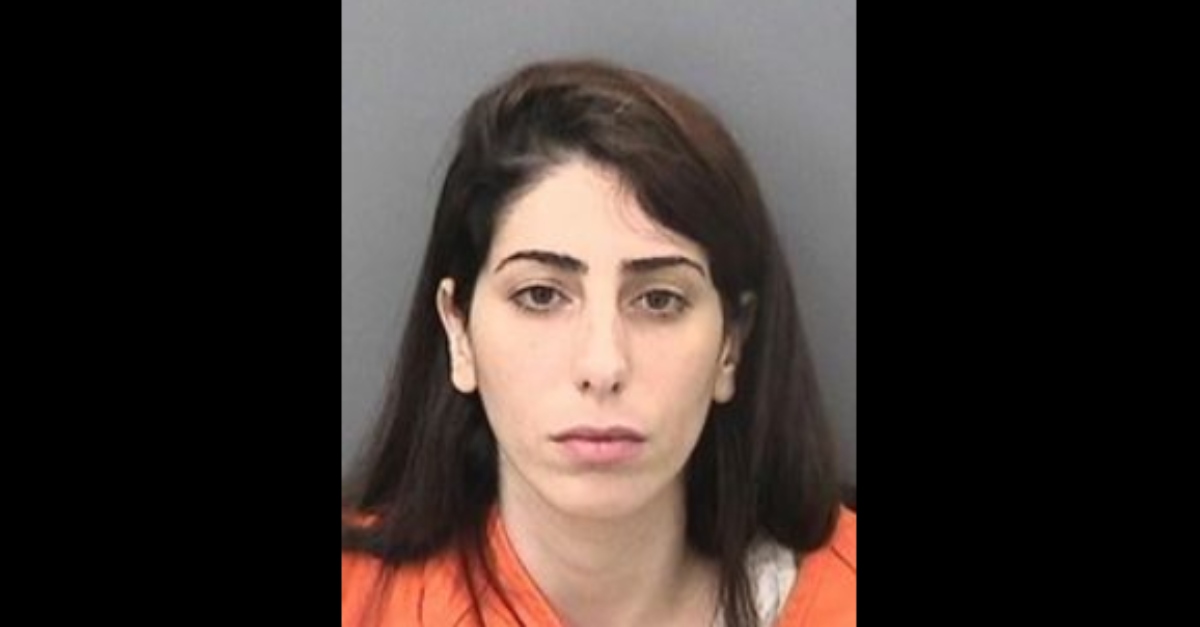 A Florida woman is accused of trying to scam her 77-year-old businessman husband out of at least $1 million. Lin Helena Halfon, 26, faces charges including money laundering, and exploitation of an elderly person, according to The Tampa Bay Times.

Investigators with the Florida Department of Law Enforcement say the case popped up on their radar after she attempted to cash a $1 million cashier’s check in the name of her husband on November 7. Employees at a Tampa Amscot refused to process it, and they maintained their stance when she returned with three checks of $333,333, authorities said.

It’s unclear if there’s going to be a co-defendant. A man allegedly cashed two of the $333,333 checks at a business in Carteret, New Jersey in late November.

According to authorities, Halfon had attempted to claim that the $1 million was to buy a yacht. Employees at the Amscot didn’t cash it because he wasn’t there, and it was his name on it, authorities said.

The couple reportedly got married last Summer. Authorities said that according the husband’s daughter, she and no one else in the family knew about the marriage. Investigators said the daughter “believed Halfon was ‘conning'” the alleged victim “due to his age.”

The man apparently wanted to stay with her at first, as told in the official account. When authorities first asked him about the check, he said that he wanted to give Halfon the benefit of the doubt, and didn’t want her deported to her native country of Israel, investigators said.

That attitude apparently changed. Investigators said they asked him on Dec. 10 if he believed he was the victim of fraud and theft. He said yes, authorities said.