A Black Lab Puppy Was Stolen from a Front Yard in Broad Daylight. Neighbors Helped Cops Track Down the Dog and the Suspects. 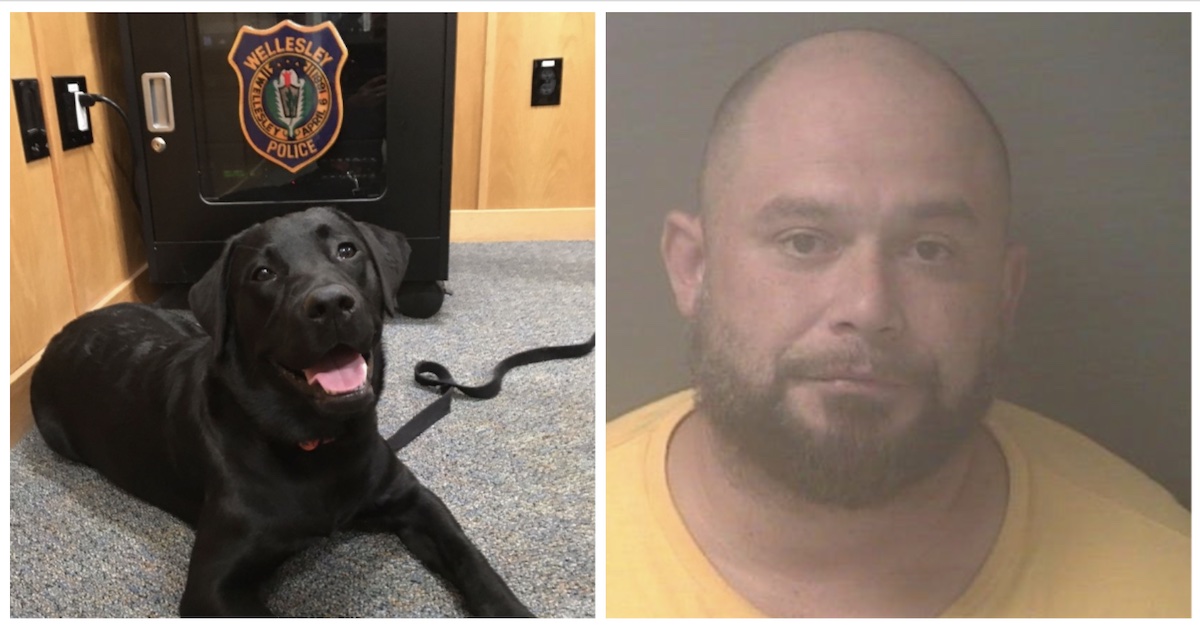 The Massachusetts owners of an 8-month-old Black Lab named Ember initially thought that their puppy had run off last Thursday, but Wellesley Police Department officers who investigated the situation soon found — with the help of neighbors and fellow law enforcement in the area — that the dog’s disappearance was no accident.

Police said that Officer Derek Harris began the criminal investigation on July 22 after checking out the scene and determining that there was nothing wrong with a tether and clasp. In other words, it looked like someone unhooked the dog from the tether and took her.

The ensuing investigation was aided, in no small part, by neighbors with doorbell cameras. Authorities said they obtained footage showing a vehicle circling the area before Ember was taken. Crucially, the video showed a license plate.

Wellesley Police, working with Framingham Police, would soon track down the vehicle in question, the suspects, and the missing puppy.

“On Sunday, July 25, Officer Harris and Wellesley Police Detectives located the suspect vehicle in Framingham. After conducting a brief surveillance of the suspect’s home, they observed, in plain sight, Ember being let out into the yard from the suspect’s home,” police said.

Authorities now say that two Framingham residents face charges for conspiring to steal the dog in broad daylight from the Nissenbaum family’s front yard. Police say that Manuel Sierra, 40, and an unidentified 32-year-old woman are to blame.

Wellesley Police said in a news release that “[b]oth suspects will be charged with receiving stolen property over $1200, and conspiracy.”

“The male was arraigned at Dedham District Court on Monday, July 26, 2021,” police note. “The female suspect will appear in court for arraignment at a future date.”

Why did this happen? According to Police Chief Jack Pilecki, the suspects admitted they stole the dog and claimed they did it because one of them is sick.

“They said if we had a dog we would feel much better. So they took the dog,” Pilecki told WHDH.

Watch the moment Ember was reunited with her owners below: