Indiana Man Stormed the Capitol, Told Witness Who Busted Him That He and His Mom ‘Helped Stop the Vote Count for a Bit’: Feds 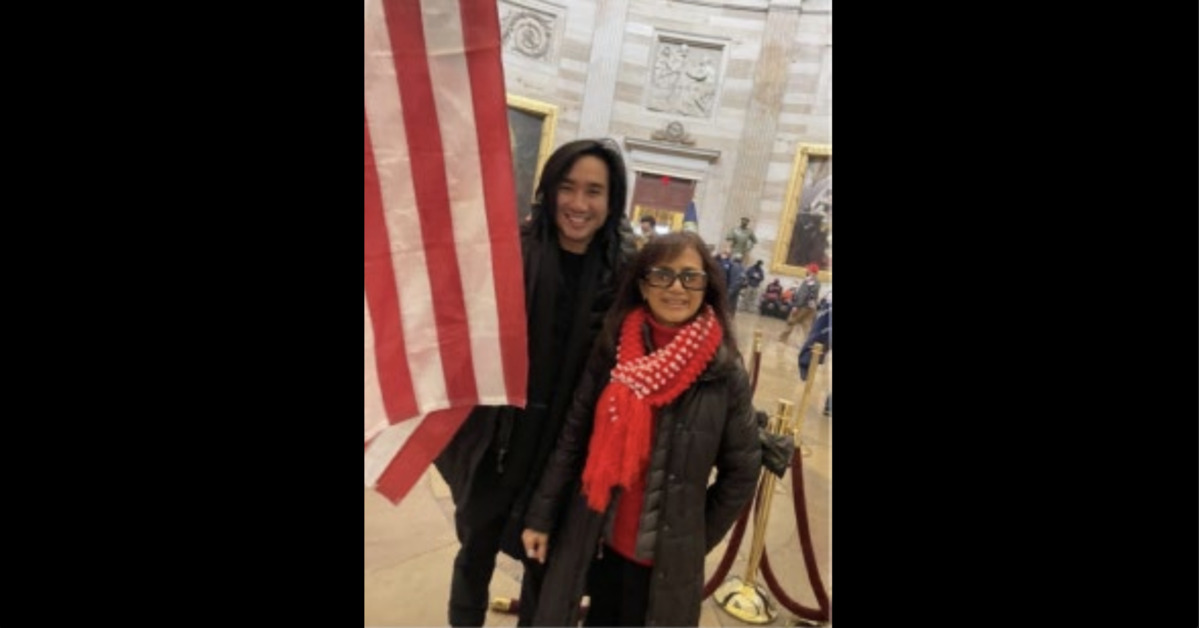 An Indiana man has been arrested and charged in connection with the Jan. 6 attack on the U.S. Capitol Complex after allegedly bragging about his (and his mother’s) efforts via a social media app.

Antony Vo, 28, was charged in a criminal complaint on July 20 and arrested the next day by federal agents. He currently stands accused of four relatively minor federal crimes over his participation in the pro-Trump effort to disrupt the counting of Electoral College votes.

“My mom and I helped stop the vote count for a bit,” Vo allegedly wrote using a social media messenger app during a conversation with one of the complaining witnesses who reported him to the FBI.

“President [Trump] asked me to be here tomorrow so I am with my mom LOL,” Vo allegedly wrote in another conversation.

The first witness, the FBI notes, “knew of” Vo “through their significant other, who had gone to college with Vo at Indiana University and was in the same fraternity as Vo.”

The second witness is said to know the defendant since and from high school and followed him on both Facebook and Instagram.

According to Vo’s criminal complaint, federal agents acquired records from both Facebook and Instagram after both witnesses reported public images of the defendant’s participation in the events of Jan. 6.

FBI Task Force Officer Joseph Henry also describes a series of conversations in which Vo allegedly said some members of law enforcement were initially amenable to the so-called “Stop the Steal” rioters as they made their way into the national legislative seat of government.

In response to a friend asking Vo if he had been arrested, Vo allegedly replied, “Lol no. They let us [in].” Vo then allegedly shared a Twitter post titled “the police opened the fucking gates.”

Vo’s friend replied “Holy shit dude save this tweet” and “Thank you for giving me peace of mind.”

Vo: they [the police] pretty much opened up for us
Vo’s friend: The police opened the gate?! I didn’t hear that anywhere!
Vo: yeah they stood down and retreated after we clearly outnumbered them

Henry also goes on to reference “two different” Instagram exchanges where the defendant allegedly admitted to having “stormed” the Capitol with his mother in tow–the implication being that a group allowed inside by law enforcement wouldn’t have had to storm in.

Vo is currently facing one count each of: (1) knowingly entering or remaining in any restricted building or grounds without lawful authority; (2) disorderly and disruptive conduct in a restricted building or grounds; (3) disorderly conduct in a capitol building; and (4) parading, demonstrating, or picketing in a capitol building.

If convicted as charged, Vo faces a maximum penalty of three years in prison. A maxed out sentence in this case, however, should be considered unlikely.

Vo’s mother has not been charged in connection with the riot.