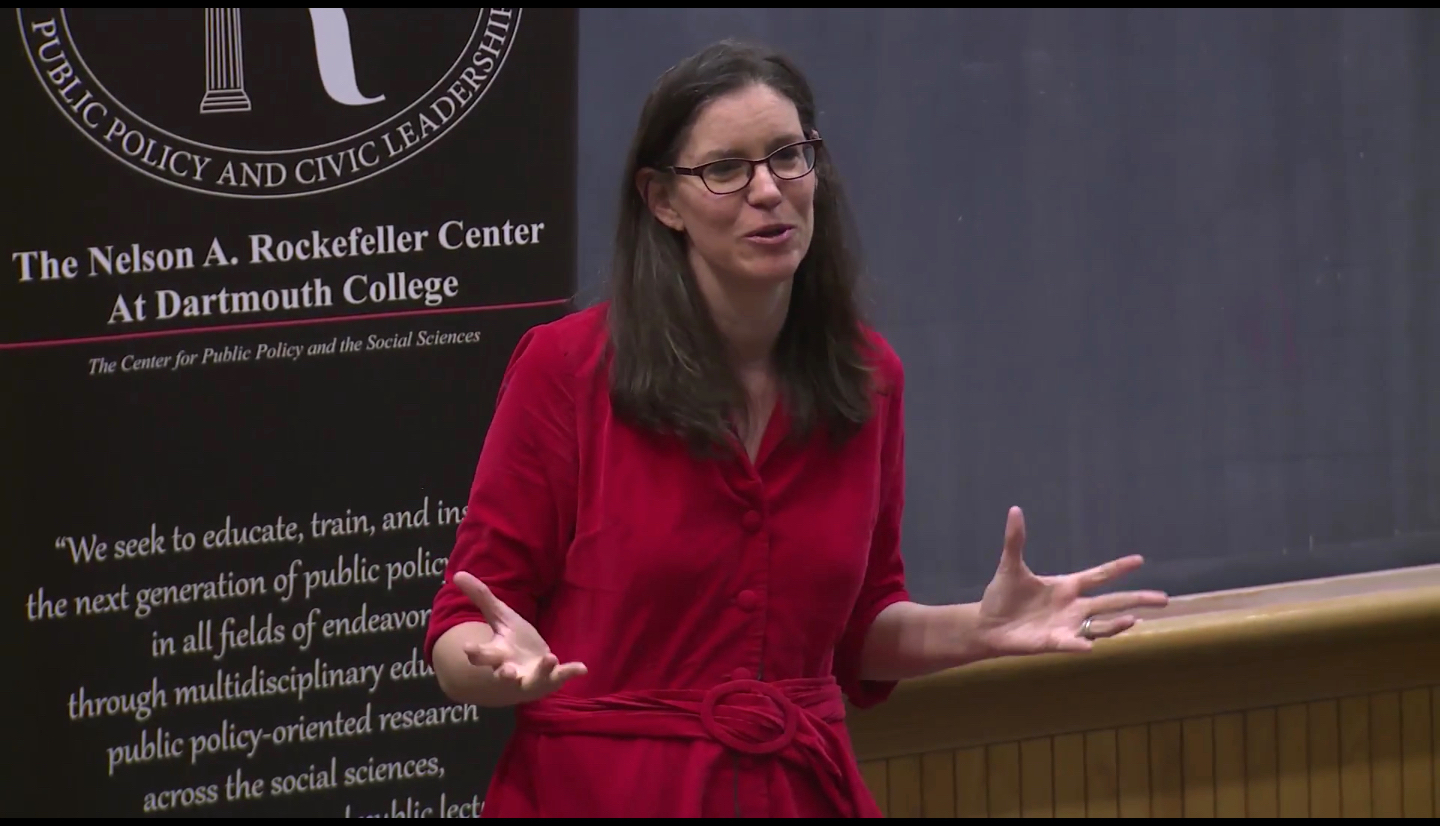 As the nation reels and attempts to pray-and-vibe the death away from another mass shooting–this time featuring the bodies of over a dozen high school students–good advice will be sought and bad counsel will be given.

Befitting America’s overall stature, interesting sense of history and enviable record on dealing with gun violence, most of the good advice will be ignored and most of that counsel will be very, very bad indeed.

Exhibit A: The Washington Post’s newest op-ed columnist believes one of the only solutions to mass shootings–those involving schoolchildren in particular–is for collective action in the face of imminent, collective death.

Megan McArdle originally made the suggestion while writing about mass shootings for the Daily Beast. Her new job at the Washington Post was announced on Tuesday of this week. After Wednesday’s massacre, a brief snippet of her long-and-windingly nihilistic essay has since gone viral. McArdle writes:

I’d also like us to encourage people to gang rush shooters, rather than following their instincts to hide; if we drilled it into young people that the correct thing to do is for everyone to instantly run at the guy with the gun, these sorts of mass shootings would be less deadly, because even a guy with a very powerful weapon can be brought down by 8-12 unarmed bodies piling on him at once.

The above collection of words wasn’t written about Wednesday’s mass shooting at the Marjory Stoneman Douglas High School in Parkland, Florida. Rather, McArdle’s exhortation for children to “gang rush” active shooters was written on December 17, 2012–in the immediate aftermath of the Newtown Massacre at Sandy Hook Elementary.

This, of course, makes the idea even more ridiculous.

While acknowledging the difficulty of choosing to fight instead of flee, McArdle’s suggestion offers nothing at all in the way of how this fantastic collective action (again, supplied by children and young adults) is supposed to occur while each individual–fearing for their life–battles with an acute stress response as a rifle-bearing killer mows down friends and loved ones.

But there’s an even bigger problem with McArdle’s prescription here: it wouldn’t work.

Adam Lanza was charged by multiple heroic administrators at Sandy Hook Elementary–and they died while attempting to incapacitate him. The idea that “young people” would fare better than full-grown adults under the circumstances is quite plainly a provocative assertion without any real meaning or thought behind it.

McArdle’s very bad idea was roundly and immediately criticized upon publication. So, after an entire days’s worth of thought, McArdle seriously reconsidered–and doubled down on her original suggestion. On the issue of gun violence, McArdle is fully convinced there is simply no benefit to ever passing a new law.

Yet, as with most of McArdle’s pseudo-libertarian-tinged “ideas” it’s not exactly hers to begin with. The gang rush suggestion is actually culled from the dank crawlspace of imagination known as the Department of Homeland Security (“DHS”).

On the second page of DHS’ “Active Shooter Pocket Card,” the agency most Americans seem to believe might be tasked with defending the homeland defers to the American Volk and offers some keen insight on potential self-defense during an active shooter situation. The card reads:

Yeah, okay. Pencils and erasers purchased by your child’s teacher because their school district is under-funded just might become the weapons that save their lives and keep their friends free for graduation ceremonies. Sure thing.

Aside from the banal nature of these extremely bad suggestions–dreamed up by DHS smooth-brains and disseminated into the ether by the likes of Megan McArdle and Ben Carson with all the intellectual tenderness of a tire iron meeting a glass window–there’s an even larger issue at play: fatalistic shrugging.

At the heart of DHS’, McArdle’s and Carson’s suggestion to attack the gun-toting attacker, is an admission that active shooters are part-and-parcel of the American experience. This unintentional honesty, unfortunately, rings all too true.

My first school shooting happened when we were supposed to be discussing The Outsiders in seventh grade. Instead, Mrs. Cox had us all glued to a wheeled-in T.V. with cable as classmates cried and cried. That was Columbine–which now, thanks to Nikolas Cruz, doesn’t even crack the top ten list of mass shootings in America.

A few months later, we got our own mass shooting in Fort Worth, Texas–this time at the Wedgwood Baptist Church–where seven people died and seven were injured. One of my best friends went to that church and was absent from school the next day.

It’s hard to imagine that friend summoning the wherewithal to jump into the line of fire–with a gang of parishioners at her side or otherwise–but not for anything lacking on her part.

At the end of the day, McArdle’s suggestion is just the hollow dreck of a hollow fantasy. She does get points for being entirely macabre and dismal, though. After all, every mass shooting and massacre is actually the result of our collective inaction. Some collective action, for once, would be nice to see.