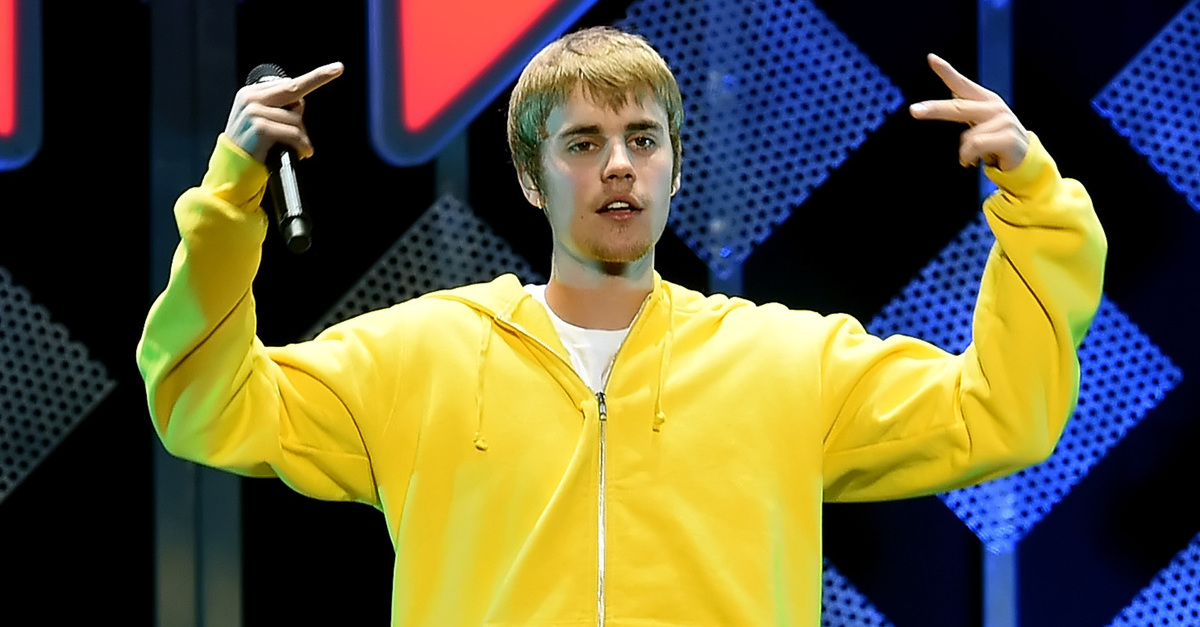 I’d been about to get 2019-fatigue, but Justin Bieber just showed up in time to save the internet. (And no, sadly, Tom Cruise did not agree to have that fight in the octagon). Bieber has been following the case of rapper A$AP Rocky, who has been held in a Swedish jail for the last two weeks. A$AP Rocky’s detention followed a street fight in Stockholm, and a Swedish court ruled Friday that the rapper could be held at least another week, while prosecutors determine whether to charge him with any crime.

President Donald Trump gave a cringeworthy press conference on Friday about A$AP Rocky’s ongoing plight for release. Trump, ever a friend to the black community, told reporters,”I personally don’t know A$AP Rocky, but I can tell you that he has tremendous support from the African-American community .. and when I say African-American, I really can really say from everybody in this country because we are all one.”

Pres. Trump on ASAP Rocky’s case: “I personally don’t know ASAP Rocky, but I can tell you that he has tremendous support. from the African-American community .. and when when I say African-American, I really can really say from everybody in this country because we are all one” pic.twitter.com/Mue2qEqAvc

Friday night, Trump did a little name-dropping on the matter to remind us that while he may not be up on his rappers, he does have that one black friend.

Just spoke to @KanyeWest about his friend A$AP Rocky’s incarceration. I will be calling the very talented Prime Minister of Sweden to see what we can do about helping A$AP Rocky. So many people would like to see this quickly resolved!

Trump may have gained some PR ground over with his willingness to step in on A$AP Rocky’s behalf  — a much-needed communications success after the Otto Warmbier debacle.  That is, until just after midnight Saturday morning, when Justin Bieber tweeted a grammatically-deficient-yet-indisputably-effective burn. Bieber tweeted that while he appreciates Trump’s offers of assistance, Trump should “let those kids out of cages.”

I want my friend out.. I appreciate you trying to help him. But while your at it @realDonaldTrump can you also let those kids out of cages?

Who’d have pegged Bieber to become the moral authority to focus priorities?

Trump hasn’t returned Bieber’s volley directly, but did tweet Saturday morning that he’s spoken with Swedish Prime Minister Stefan Löfven and been assured that A$AP Rocky is being treated fairly.  Trump relayed that he’d even offered personally vouch for the rapper’s bail, which seems more than a little odd given that 1) Trump has never met this man before; and 2) sitting presidents don’t usually post bail for criminal defendants, even when they’re facing charges in our own country.

Just had a very good call with @SwedishPM Stefan Löfven who assured me that American citizen A$AP Rocky will be treated fairly. Likewise, I assured him that A$AP was not a flight risk and offered to personally vouch for his bail, or an alternative….

Personally, I’m glad to see Justin Bieber using Twitter for good, whether that means improving conditions for detained immigrants, detained rappers, or just those of us who love popsicles.

A limited batch has landed – but for 100K retweets we’ll bring back the Double Pop fun for everyone. Who’s in? RT this tweet & we’ll alert you on 7/23 with the results. #BringBackTheDouble pic.twitter.com/lAPrsuUWcO