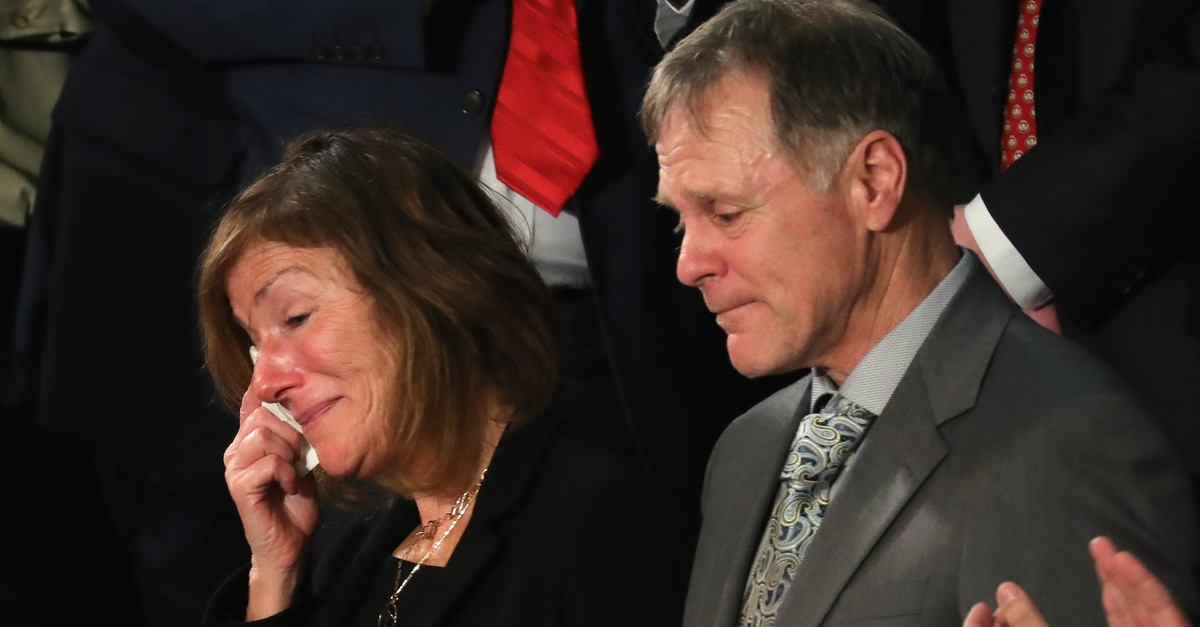 Fred and Cindy Warmbier are determined to achieve meaningful justice for the death of their son, Otto Warmbier – a college student who was captured and tortured at the hands of North Korea, and who ultimately died from those injuries. Now, the Warmbiers have filed a lawsuit against North Korea to force the country to pay up on the Warmbiers’ half-billion-dollar judgment.

Otto Warmbier was arrested in North Korea in 2016 for allegedly stealing a political poster; he was then forced to issue an obviously-coerced apology on North Korean state TV. Seventeen months later, Warmer returned home blind, deaf, and “jerking violently and howling” with “unrecoverable” brain damage. Less than a week later, Warmbier died.

Warmbier’s parents filed suit against North Korea in U.S. District Court for the District of Columbia for the torture and wrongful death of their son, as well as for intentional infliction of emotional distress, and assault and battery. North Korea failed even to appear in court and defend the lawsuit; as a result, a default judgment was granted to Fred and Cindy Warmbier.  U.S. District Judge Beryl Howell awarded damages totaling $501,134,683.80.

The Warmbiers have now filed a second lawsuit, this time to enforce collection of their judgment. Their claim asserts ownership over the Wise Honest — a North Korean cargo ship seized by U.S. authorities last May. The 17,601-ton, single-hull bulk carrier ship was seized when U.S. authorities found it to be part of a network of North Korean vessels illicitly shipping coal and heavy machinery in violation of U.N. and U.S. sanctions. The Wise Honest had been approaching U.S. territorial waters in American Samoa when Indonesian officials took it out of service in 2018.

“The parents of Otto Warmbier filed a claim for a North Korean cargo ship that was seized by the US in May, noting the asset could be used to pay off part of the family’s $500 million judgment against the country.” https://t.co/hLd2F77tpA

In a statement about their bold legal move, the Warmbiers said, “We are committed to holding North Korea accountable for the death of our son, Otto, and will work tirelessly to seize North Korean assets wherever they may be found.”

The Warmbiers’ claim regarding the Wise Honest comes just days after many Americans are still reeling from President Donald Trump‘s meeting with North Korean dictator Kim Jong Un at the Korean Demilitarized Zone. Many condemned Trump’s actions as outrageous in light of Otto Warmbier’s death.

Otto Warmbier’s parents are trying to hold Kim Jong Un accountable for the murder of their son, while our President will not https://t.co/p2VuuzV6qb via @CNN

In the past, Trump has said he believed Kim Jong Un when the North Korean dictator denied having any knowledge of Warmbier’s torture. “He felt badly about it,” said Trump. “He felt very badly.”