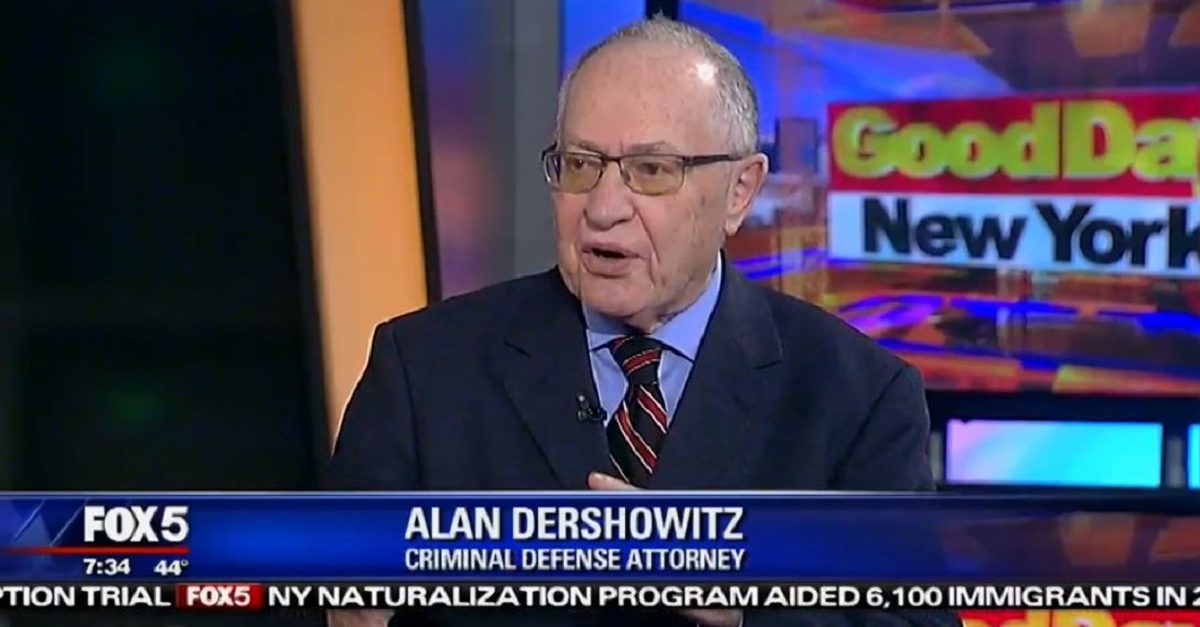 “David Boies has maliciously and falsely accused me of having engaged in improper sex in connection with Jeffrey Epstein. He knows the accusation is entirely false as he himself acknowledged in a recorded statement,” Dershowitz said in a tweet Saturday morning.

Giuffre claimed that she had sex with Dershowitz during the time she was ensnared in Epstein’s alleged sex-trafficking ring.

As reported by Law&Crime, Dershowitz has vigorously defended his “sexual probity,” and accused Boies of lying in an attempt to “destroy” his reputation. Boies called Dershowitz’s allegations “absurd,” and said it was nothing more than an attempt to “make this between him and me.”

Dershowitz doubled-down on that tactic Saturday, insinuating that Boies is the one that should be worried about his checkered sexual past.

“[Boies] is also aware that there are soon to unsealed emails and a book manuscript in which my false accuser admits she never had sex with me. I will swear under oath that from the day I first met Epstein until today, I have had no sexual contact with any woman but my wife”, Dershowitz tweeted before issuing a challenge to Boies.

“I have challenged Boies to swear that he has not had inappropriate sex contacts with women other than his wife during the same period. He won’t because he has a terrible reputation with regard to inappropriate sex. How dare he falsely accuse me.”