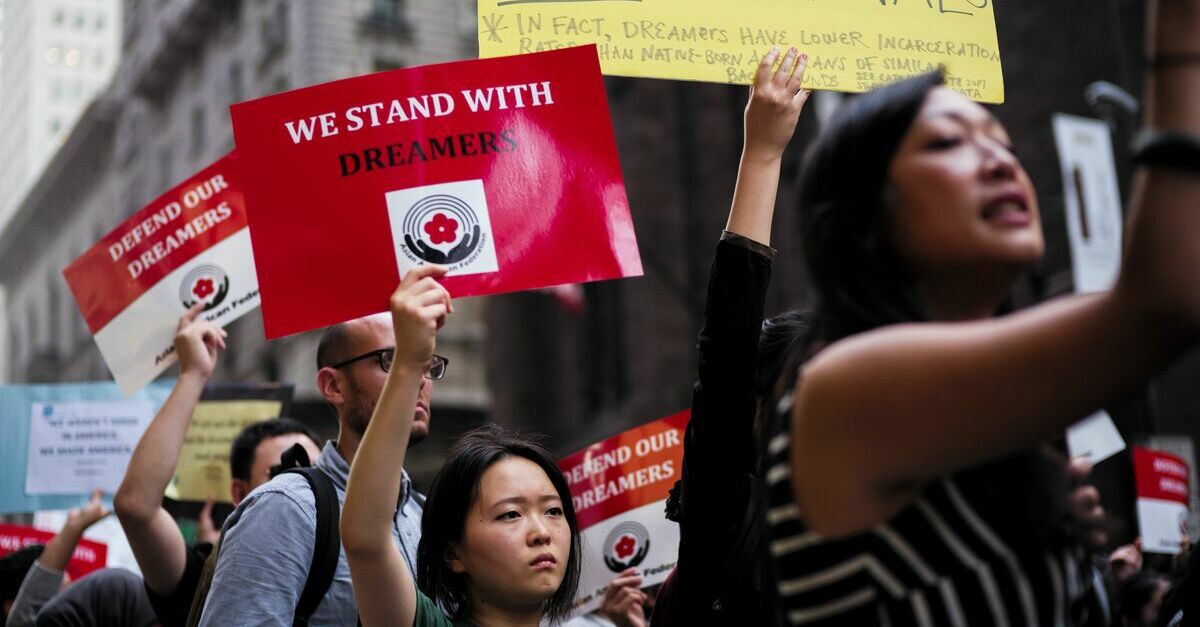 Woah. Didn’t see that coming. The Supreme Court of the United States just granted certiorari in Department of Homeland Security v. Regents of the University of California.

The case, which asks SCOTUS to decide the fate of the federal government’s DACA program, would be big news at any time; now scheduled smack in the middle of a presidential election year, it’s going to make seismic waves.

Already looks like the next SCOTUS term will be a blockbuster. https://t.co/ZJQw4V03tD

President Donald Trump ended President Barack Obama’s Deferred Action for Childhood Arrivals program (“DACA”) in September 2017, in an order that would go into effect six months later. Then, the program was kept in place via injunction. Now, the other shoe has dropped.

If you watched the Democratic debates this week, you might have noticed that candidates had some trouble giving quick answers to questions about deportation.  That’s likely because deportation for immigrants who are in the U.S. unlawfully, but who have behaved lawfully otherwise, is a bit too complex to shove into a clever sound-bite.

Obama recognized this, and in 2012, he instituted what was meant to be  a short-term plan to prioritize use of the Congressionally-appropriated deportation budget. Since we could only afford to deport about 400,000 of the 11 million immigrants who are on U.S. soil illegally each year, we might as well put law-abiding kids at the end of the list. Accordingly, Obama directed DHS to allow “certain young people” (who might have been deported) to apply for a two-year deportation deferment after they’d passed a background check.” DACA wasn’t an amnesty program or a pathway to citizenship; it was just a way to deem these young people lawfully present in the United States for a couple of years, so that they could get could pay for health insurance and social security.

Congress wasn’t psyched about Trump’s move to rid us of “bad hombres,” especially since Rep. Paul Ryan (R) specifically told Trump it was a terrible idea. To make matters worse, Trump punted the entire thing to Congress when, on the night he rescinded DACA, he tweeted, “Congress now has 6 months to legalize DACA (something the Obama Administration was unable to do). If they can’t, I will revisit this issue!”

Predictable litigation ensued, and the Trump administration fast-tracked the case to the Supreme Court. Meanwhile, the Ninth Circuit ruled that for the time being the administration must keep DACA going. That creates something of a problem, because it means the federal government is forced to keep a policy in place that it has characterized as something that “sanctions the ongoing violation of federal law by more than half a million people.”

Many expected SCOTUS to dodge the entire DACA issue, at least until after the 2020 election. With a Democrat in the Oval Office, DACA would likely be happily reinstated. If Trump remains POTUS, the Court could always defer to his broad executive authority on matters of immigration enforcement. Either way, SCOTUS has a good case for staying out of this mess.

However, SCOTUS surprised us by agreeing to hear the case during its next term.  The decision means at least four judges (although we don’t know which ones) wanted to jump in and settle the matter. Perhaps the Court is looking to settle a rather simple question of executive authority, or perhaps it wants to weigh in on the rather obvious pragmatism of the DACA program.

I think Above the Law editor Elie Mystal put it eloquently: