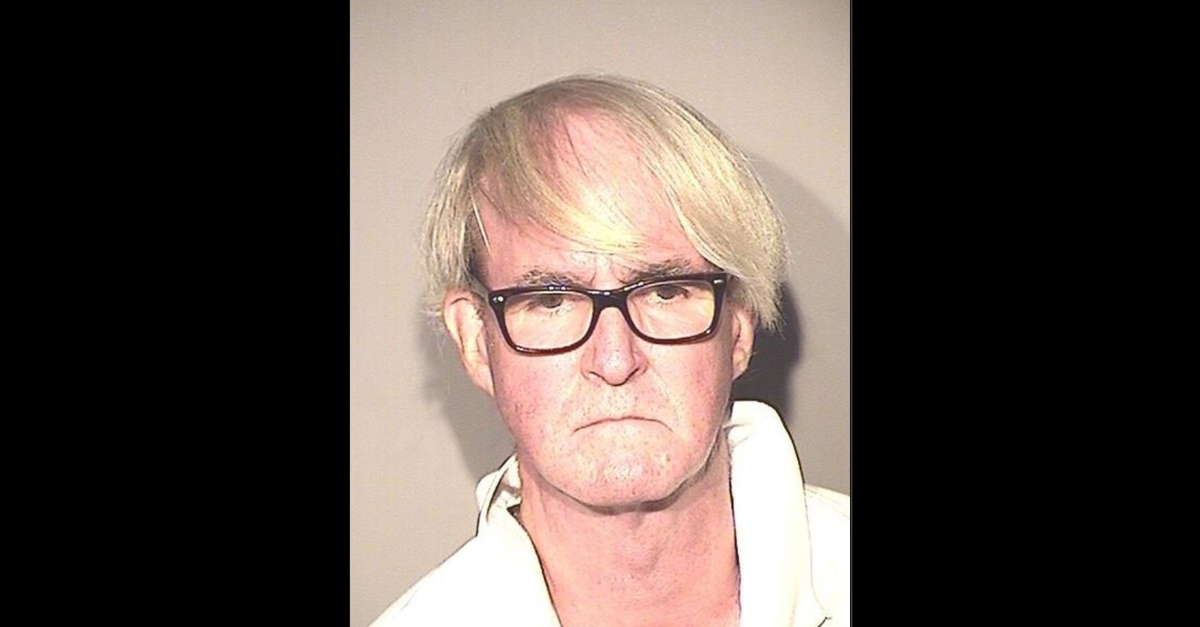 Florida man Paul G. Curley, 66, allegedly proffered an outlandish defense when he was arrested Wednesday on six charges of possessing photo of sexual performance by child. He admitted to doing it, but insisted it was legal, authorities said.

“He stated that his constitutional rights allow him to view the child pornography,” stated the arrest affidavit obtained by The Orlando Sentinel. “He does not feel that he is guilty of a crime.”

Curley insisted that the victims made the pictures and footage of themselves “freely,” deputies said.

According to the Osceola County Sheriff’s Office, detectives executed a search warrant on Wednesday after getting tips from the National Center for Missing and Exploited Children that a person at an apartment was downloading multiple illicit images. Investigators said that more charges are possible. Forensic examination of electronic equipment seized from the residence is pending.

The defendant is a Disney employee. A company spokesperson told Fox 35 Orlando that Curley is on unpaid leave, pending the result of charges.

Authorities are on the look out for more incidents like this, whether they be related or not. From deputies:

Anyone with information related to this case or any other similar incidents, please contact the Osceola County Sheriff’s Office at (407) 348-2222 or Crimeline at 1-800-423-8477, where information leading to a felony arrest may be eligible for a reward of up to $1,000 dollars. https://crimeline.org/

State records obtained by Law&Crime show no attorney of record. Curley made an initial appearance in court on Thursday afternoon. He remains at Osceola County Corrections in lieu of $6,000.