No, Obama Did Not Sign the Law Authorizing Arrests of Portland Protesters by Unidentified Federal Agents 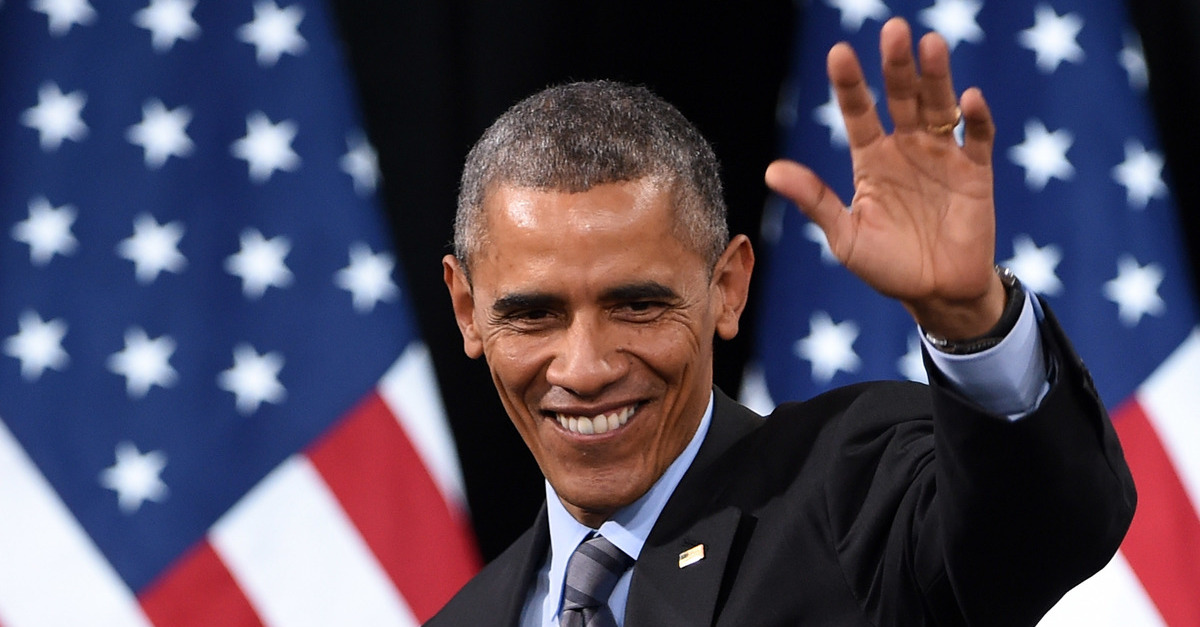 Nothing says “2020” more than memes that purport to educate people while misstating all the relevant facts.  From claims ranging from how “Hitler Defunded the Police” to pictures alleging “the media is hiding from you” images of Black Lives Matter graffiti on the Lincoln Memorial, there are endless graphics of utter nonsense in all our social media feeds. This one, in particular, is floating around lately, ostensibly in response to the ongoing situation in Portland, Ore.

There’s a crazy meme going around right-wing social media trying to blame President Obama (and then-VP Biden) for what’s going on in Portland.

The widely shared claim shows a picture of former president Barack Obama to argue that he — not current POTUS Donald Trump — is responsible for signing the law that allows unidentified federal agents to snatch protesters off the streets of Portland.

As law professor Steve Vladeck pointed out, the Department of Homeland Security (DHS) is indeed relying on a federal statute for authority – but that statute is the Homeland Security Act of 2002, which was passed during the George W. Bush Administration.

That law, 40 U.S.C. § 1315 , provides that the “Secretary of Homeland Security shall protect the buildings, grounds, and property that are owned, occupied, or secured by the Federal Government.” Under the statute, the DHS Secretary may deputize other employees “as officers and agents for duty in connection with the protection of property owned or occupied by the Federal Government and persons on the property.” This authority extends “to the extent necessary to protect the property and persons on the property.”

While performing their “official duties,” those “officers and agents” have the right to:

(A) enforce Federal laws and regulations for the protection of persons and property;

(D) serve warrants and subpoenas issued under the authority of the United States;

(E) conduct investigations, on and off the property in question, of offenses that may have been committed against property owned or occupied by the Federal Government or persons on the property; and

(F) carry out such other activities for the promotion of homeland security as the Secretary may prescribe.

So that’s kind of a lot. But, wait; there’s more. Not only can the DHS secretary empower individual officers, but they can also create the very regulations those officers get to enforce. And, DHS gets to decide the penalties for violating those regulations:

This statute was meant to create broad resources (and powers) for DHS when it comes to enforcing laws in the fight against global terror. Essentially, all law enforcement mechanisms can become DHS when it’s convenient:

(3) Facilities and services of other agencies.—

When the Secretary determines it to be economical and in the public interest, the Secretary may utilize the facilities and services of Federal, State, and local law enforcement agencies, with the consent of the agencies.

While there hasn’t been much of a recent legislative movement to completely do away with 40 U.S.C. § 1315, there have been calls to modify federal authority to create unidentified police forces out of thin air.

House Democrats have introduced legislation that would mandate all federal agents to display identification information while on duty. The bill, which will be introduced this week by Rep. Alexandria Ocasio-Cortez (D-N.Y.) and Eleanor Holmes Norton, a non-voting House delegate representing the District of Columbia, would mandate that any on-duty federal agents display a tag containing the agent’s name, agency, and individual identification number.

Meanwhile, local law enforcement professionals, such as Philadelphia District Attorney Larry Krasner, plan to handle Portland-like tactics in their own way. Krasner issued a statement vowing to prosecute if necessary:

“Anyone, including federal law enforcement, who unlawfully assaults and kidnaps people will face criminal charges from my office. At trial, they will face a Philadelphia jury. It’s the least we can do to honor those who fought fascism, including those who are fighting it even now.”

Just to recap: stop getting your legal information from memes. Obama didn’t authorize secret police, and unidentified officers are still roaming American streets. I am glad I could clear that up.