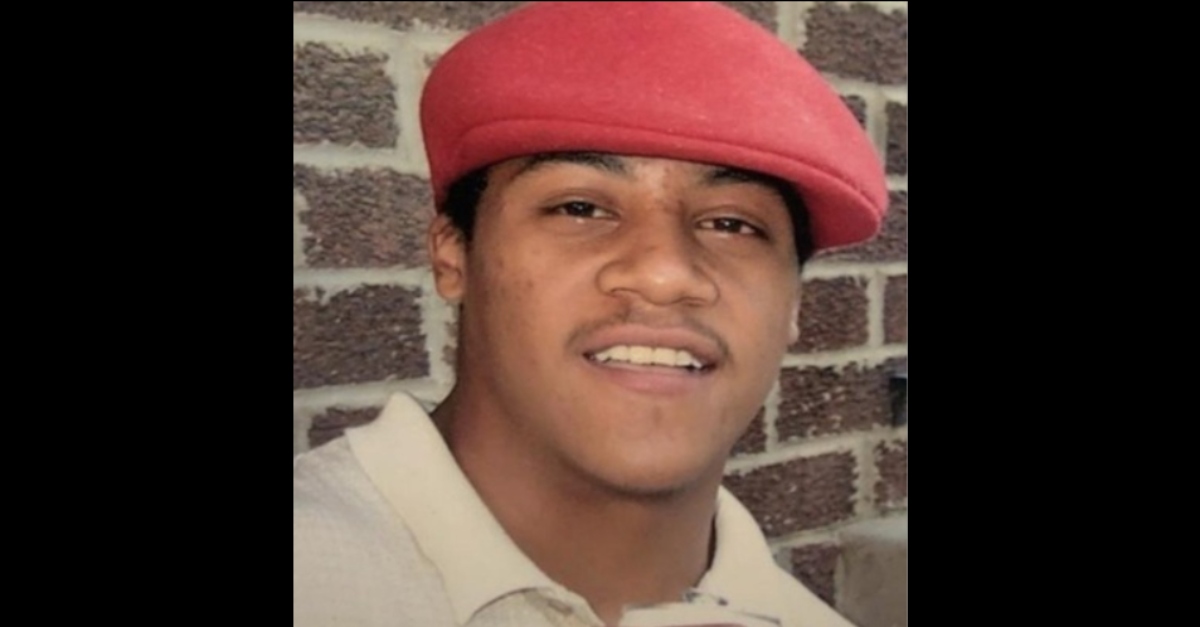 Federal authorities are taking another look at the 2004 death of 23-year-old Alonzo Brooks of Kansas, whose mysterious passing was recently profiled on the Netflix revival of Unsolved Mysteries. They exhumed his body Tuesday from his grave in Topeka, according to Kansas City CBS affiliate KCTV.

As profiled on the show, Brooks, who lived in the city of Gardner, joined friends to attend a party about a mile drive away in the town of La Cygne on April 3, 2004.

“There’s really not much to it,” friend Daniel Fune told the show. “It’s a little, tiny, tiny Kansas town. I think they got like one gas station. No real grocery store, nothing like that.”

To make a somewhat convoluted story short, Brooks’s friends said they left the party before he did. Justin Sprague said there was an apparent series of miscommunications.

Brooks never returned home. His mother Maria Ramirez immediately knew something was wrong. This was out of character for him.

Brooks’s family claimed The Linn County Sheriff’s Department did not take his disappearance seriously at first. After some friction with authorities, the relatives were finally allowed to set up their own search party the following May 1. They almost immediately discovered the victim’s body in a creek supposedly already searched by officials.

The problem was figuring out how he died. Medical examiner Dr. Erik Mitchell could not determine the cause or manner of death. He said he found no evidence of a stabbing or of a gunshot.

“Could he have drowned?” Mitchell said. “Yes. But there are no specific anatomic signs to make a determination of drowning.”

Mitchell also allowed for the possibility Brooks was strangled, but the soft tissues of the neck were gone, so it was not possible to examine that. Animals and insects had damaged that part of the body. If Brooks was beaten, it did not leave signs which were visible by the time his body was found.

The Federal Bureau of Investigation and the U.S. Attorney’s Office for the District of Kansas announced in June that they are offering a $100,000 reward for information leading to the arrest and conviction of anyone responsible for Brooks’s death.

“We are investigating whether Alonzo was murdered,” U.S. Attorney Stephen McAllister said. “His death certainly was suspicious, and someone, likely multiple people, know(s) what happened that night in April 2004. It is past time for the truth to come out. The code of silence must be broken. Alonzo’s family deserves to know the truth, and it is time for justice to be served.”

Authorities are examining whether Brooks’s death was a hate crime. Brooks was Black and Hispanic. The area where the party occurred and where his body was eventually discovered is mostly white.  From the press release:

From the beginning, there were rumors that Brooks had been the victim of foul play. Some said Brooks may have flirted with a girl, some said drunken white men wanted to fight an African-American male, and some said racist whites simply resented Brooks’ presence.

After the party, two troubling facts were indisputable: Alonzo could not be found; and no one who attended the party would admit to knowing what happened to him.