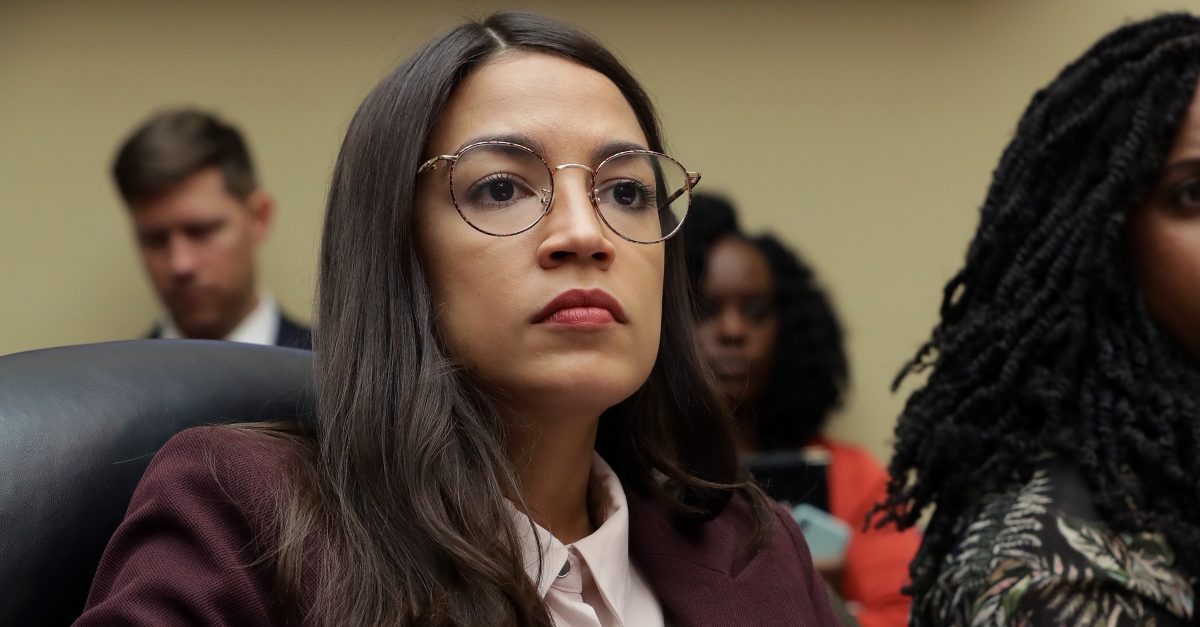 In response to unidentifiable federal agents arresting protesters in Portland, Democrats in the House of Representatives are introducing a bill that would require all federal law enforcement officers to wear markings clearly identifying themselves, The Nation reported on Monday.

The bill, which will be introduced this week by Rep. Alexandria Ocasio-Cortez (D-N.Y.) and Eleanor Holmes Norton, a non-voting House delegate representing the District of Columbia, will mandate that any on-duty federal agents display a tag containing the agent’s name, agency, and individual identification number.

The measure will also require increased oversight from the Justice Department, obligating the DOJ’s Inspector General to conduct regular audits to ensure agents are complying with the rules, according to a draft copy of the legislation that was provided to The Nation.

As previously reported by Law&Crime, the Trump administration sparked outrage within the city after using federal agents sourced from the U.S. Marshals Special Operations Group and Customs and Border Patrol’s Tactical Unit (BORTAC) to protect federal property amid ongoing protests against police brutality. Reports of the agents using unmarked rental vans and refusing to identify themselves as they arrested protesters, some of whom were nowhere near federal property, only caused further backlash.

The calls for increased congressional oversight have grown even louder after President Donald Trump on Monday announced plans to send federal law enforcement to other cities around the nation, despite Oregon’s governor and Portland officials explicitly requesting the agents be dispelled from the city.

Trump on Monday said he was going to do “something” about the unrest in urban areas, misleadingly claiming that the police are “restricted from doing anything.”

“All run by liberal Democrats. We’ll have more federal law enforcement, that I can tell you. In Portland, they’ve done a fantastic job.”

The Nation additionally obtained internal CBP documents which revealed that the federal agents sent to these cities would remain in place indefinitely “on standby to assist as needed.”

Also on Monday, acting secretary for the Department of Homeland Security Chad Wolf reiterated his plan to disregard the wishes of state and local elected officials in deploying federal agents.

“I don’t need invitations by the state, state mayors, or state governors to do our job. We’re going to do that, whether they like us there or not,” Wolf said during an interview with Fox News.

"I don't need invitations by the state, state mayors, or state governors to do our job. We're going to do that, whether they like us there or not.” — acting DHS Secretary Chad Wolf pic.twitter.com/Rr2P8q6Ut1