‘If the Video Doesn’t Fit, You Must Acquit’: Oath Keeper’s Lawyer Takes a Page from O.J. Simpson Defense During Closing Arguments in Jan. 6 Seditious Conspiracy Trial 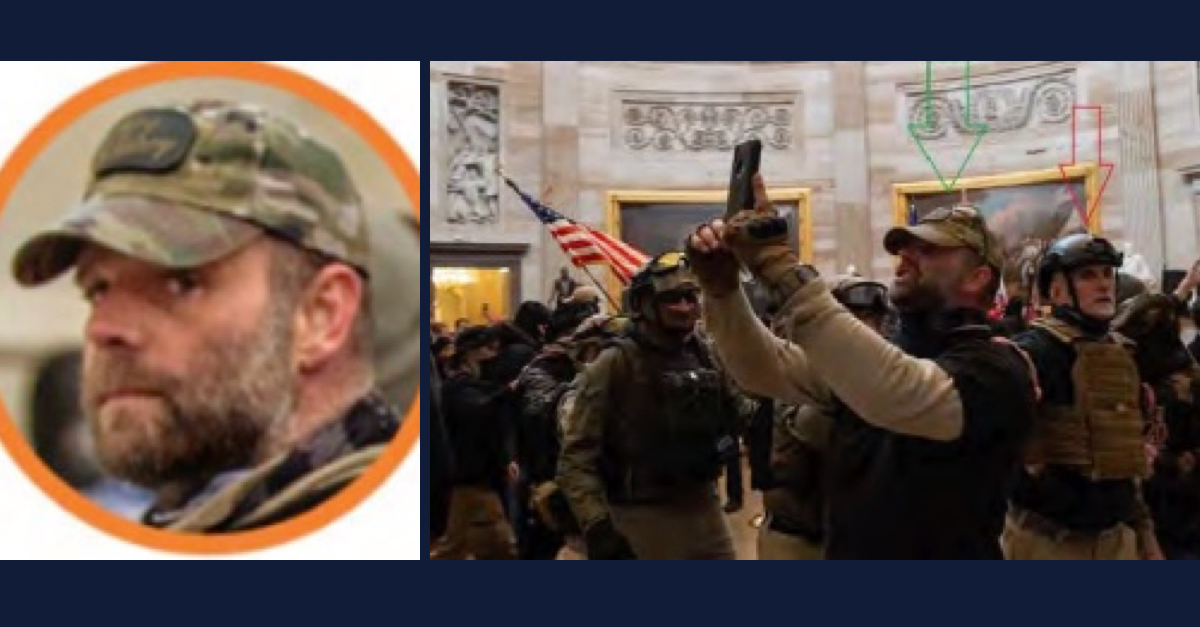 A defense lawyer in the Jan. 6 seditious conspiracy trial of members of a right-wing militia group invoked an iconic line from the murder trial of O.J. Simpson nearly three decades ago in an effort to convince a jury that his client is innocent.

“If the video doesn’t fit, you must acquit,” lawyer Brad Geyer, who represents Oath Keepers member Kenneth Harrelson, repeatedly told the jury during closing arguments on Monday morning. It was an unmistakeable reference to what is largely considered to have been the late Johnnie Cochran’s winning move in a case that was widely seen as the “trial of the century” at the time: Simpson, a one-time football legend accused of stabbing his ex-wife Nicole Brown-Simpson and her friend Ronald Goldman to death in 1994 outside her condominium in the upscale Brentwood neighborhood of Los Angeles, was acquitted in 1995.

Harrelson, along with four other members of the Oath Keepers, is facing a slew of charges in connection with the Jan. 6 attack on the U.S. Capitol. Most serious among those charges is seditious conspiracy, which carries a potential 20 years behind bars, but he is also accused of obstruction of an official proceeding of Congress, tampering with evidence, and conspiring to injure or impede an officer.

It’s arguably the most high-profile trial so far in the government’s expansive prosecution of the Capitol riots, when Donald Trump supporters, angry over their candidate’s loss to Joe Biden in the 2020 presidential election, overwhelmed law enforcement to breach the Capitol building. The mob forced Congress to stop its certification of Biden’s electoral win while lawmakers and staff either sheltered in place or evacuated the building.

Geyer repeated the “you must acquit” line at least four times during his closing argument, which exceeded the estimated 90 minutes in length he told U.S. District Judge Amit Mehta he would take. His closing involved sometimes painstaking analysis of multiple videos, increasingly leaning in to the unsupported “outside provocateurs” theory of Jan. 6 that he has previously mentioned.

He emphasized the fact that in some cases, doors to the Capitol building were opened from the inside, and that his client was not met with any resistance when he went inside — the implication being that there was a coordinated effort from people other than the Oath Keepers to breach the building.

Characterizing the government’s evidence as nothing more than “insinuation” of crimes Harrelson didn’t commit, Geyer drew the jury’s attention to a cast of unidentified players he at times characterized as “goons” or “hoodlums.”

The defense lawyer showed video from just outside a door to the Capitol, describing the people in the video as “hoodlums” who were deploying chemical spray.

He then noted — somewhat conspiratorially — that someone wearing what looks like a gas mask starts walking through the “unruly crowd” toward the door, and “cuts through [the crowd] like butter.”

Geyer emphasized other video from outside the Capitol that showed the Oath Keepers members using a “stack” formation to approach the building as the increasingly raucous crowd sang the national anthem. He drew jurors’ attention to a man who he said was “gesturing” to the crowd — implying that he was urging the crowd to press forward toward the building — and says that man appears elsewhere in other videos as well. The implication was clear: this man was one of the “provocateurs” behind the destruction at the Capitol that day.

According to Geyer, at least “three film crews” may have also been part of the larger conspiracy, as he showed video of people other than Harrelson entering the building before his client did. He also insisted that, according to the video, his client’s “mouth was not moving” as others in the crowd shouted things like “treason,” implying that since he wasn’t chanting with the rest of the crowd, Harrelson couldn’t have been committing seditious conspiracy.

Geyer’s apparent dependence on unsupported conspiracy theories that provocateurs were responsible for riling up the pro-Trump crowd is a departure from the position that Rhodes’ own lawyer had taken at a previous hearing: James Lee Bright, who gave closing arguments on behalf of Rhodes on Friday, explicitly rejected the outside provocateurs theory at a hearing in September.

Geyer also tried to soften his client’s image, referring to him repeatedly as “Kenny” and insisting that he was apolitical and largely indifferent to the importance of Jan. 6, when the Constitution requires Congress to count the Electoral Congress votes following a presidential election. He also emphasized Harrelson’s military service, asserting that Harrelson — as a veteran — is not always able to turn off the habit of following orders from superiors.

After twice being asked by Mehta to wrap up his arguments, Geyer finally did so, ending his closing with a plea to the jury.