Obituary: F. Lee Bailey, a Legal Lion Who Roared Until Death at 87 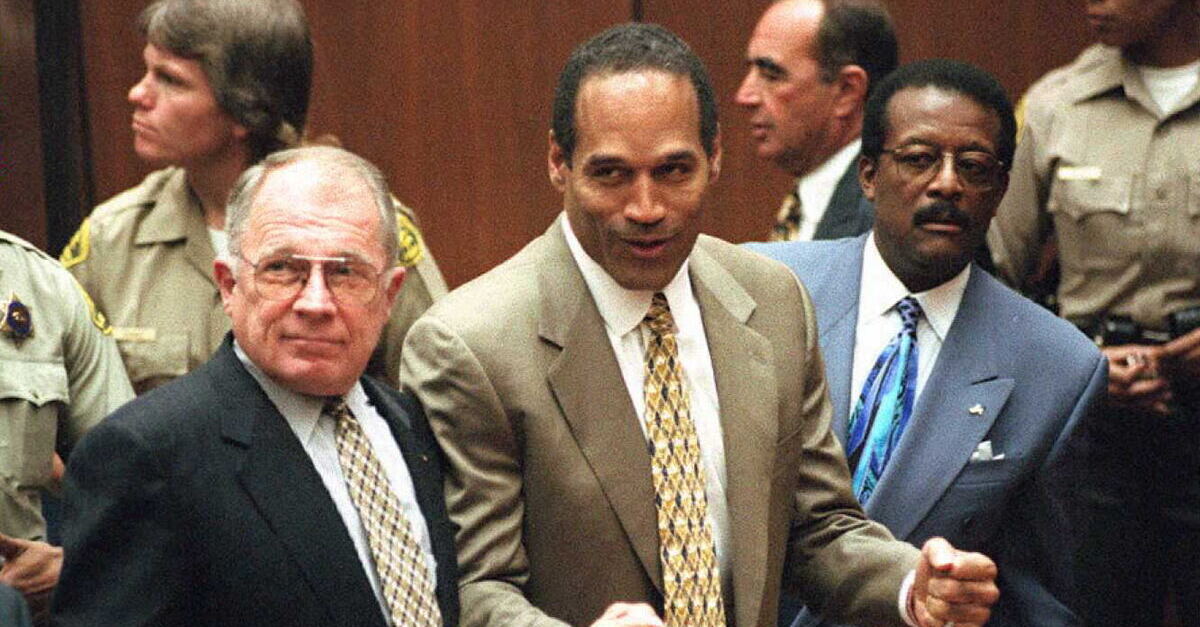 F. Lee Bailey, the outspoken and pugilistic defense attorney widely credited as the man who secured a “not guilty” verdict for NFL star O.J. Simpson, died in Georgia on Thursday at the age of 87.

Dynamic but gravity-bound, Bailey’s illustrious, high-profile and self-boastingly high-priced legal career was cut short in 2001 after he was disbarred in Florida for allegedly mishandling a client’s assets and upsetting the federal government in the process.

To hear Bailey tell it, the feds allowed Bailey to hold $6 million worth of stock options previously owned by his former client, admitted drug smuggler Claude Deboc, in order to pay off his legal debts.

Then the stock’s value more than quadrupled, and the government asked for the stock back — but Bailey had already spent $4.6 million worth and the government denied they ever had an agreement. He was jailed for a month and a half and then fined $3.5 million. Bailey’s law license in Massachusetts was eventually revoked in 2003.

Before that embittering episode, however, his life, and a legal career that only made up part of it, was nothing less than singular.

A college dropout who joined the Marines, Bailey graduated first in his class from Boston University School of Law in 1957 with an L.L.B.

One of his first clients was neurosurgeon Sam Sheppard, the man whose wrongful conviction inspired a 1960s television series and the 1993 Harrison Ford movie The Fugitive. Bailey began working on the case after being hired by Sheppard’s brother in the 1960s to work on the appeal.

The lawyer did right by his adamantly innocent — and later legally vindicated — client; Bailey successfully convinced the U.S. Supreme Court that Sheppard had been denied his right to Due Process of law. A retrial was ordered and Sheppard was found not guilty.

The first test of his mettle on the national stage met, Bailey would go on to represent and successfully defend U.S. Army Captain Ernest Medina over his alleged responsibility for the My Lai Massacre in which upwards of 500 unarmed Vietnamese civilians were killed, many of them women and children under the age of 12.

The star of his defensive skills known and ascendant, Bailey eventually suffered a devastating loss when his client, kidnapped heiress turned urban guerrilla Patty Hearst, was found guilty of bank robbery in 1976. Her sentence was commuted by Jimmy Carter and she was later granted a full pardon by Bill Clinton.

Hearst, however, was bitter about the quality of her legal representation and later wrote that Bailey’s closing argument — during which he accidentally poured a glass of water on himself — was “disjointed,” presumably due to his allegedly excessive drinking.

Bailey would go on to host a lie detector themed television show that briefly aired in 1978, but this wasn’t his first foray into bona fide theatrics. In the 1960s, he hosted another show that featured Bailey interviewing the rich and famous in their own homes. He also conducted a mock trial for a one-off program produced by RKO Records that interrogated several experts about the Beatles-planted conspiracy theory that bassist Paul McCartney had died in an automobile accident and been replaced by a look-alike.

A bizarre, well-paid, and tumultuous life, Bailey distinguished himself and won a lifetime of acclaim within legal circles — and popular disdain — for his eventual defense of Simpson over the killing of Nicole Brown Simpson and Ron Goldman in 1995.

Recently dramatized to great but not-quite-precise effect by FX, Bailey captured national attention — and effectively won the case for his client by casting doubt in white jurors’ minds — by interrogating then-detective Mark Fuhrman about the officer’s use of the n-word. The cop leading the Simpson investigation pleaded innocence during questioning but then the defense attorney played a recording proving that Fuhrman was, in fact, an avid user of the ugly racial slur.

Considered the Dream Team’s MVP, Bailey would remain furious for the remainder of his life about the public’s post-trial perception of Simpson. During an interview with HuffPost, Bailey said he endured racist critiques and jokes about his legal skills for years from other attorneys and judges after securing an acquittal.

Bailey’s anger took a darkly antisemitic turn in 2019 when he attributed a large degree of Simpson’s less-than-stellar public image to the backroom decision of Jewish power brokers on the coasts.

“I’m sorry to say, there is on New York’s publisher’s row a policy now, if you publish anything about O.J. and it’s favorable, it won’t sell and we won’t push it,” he told a podcaster. “And in Hollywood, if you do a portrayal that’s favorable to O.J. Simpson we won’t fund it. So some of the people who claim that most of their lives they’ve been subjected to horrible kinds of prejudice, and indeed extermination during World War II, are now behaving in exactly the same totalitarian spirit by suppressing the one thing this country has to be proud of when all is said and done, and that’s an unfettered free press. And they have done it within the corporate structure without ever causing a court to take a look at it.”

In 2012, Bailey tried to make his final comeback and came tantalizingly close by passing the bar and then winning an appeal of his denial from bar examiners in Maine. But that victory was ultimately tossed by the Maine Supreme Judicial Court.

Just a few weeks before his death, Bailey spoke with Law&Crime Network reporter Angenette Levy where, in a lengthy interview, he rubbished the notion that the case against George Floyd‘s convicted killer Derek Chauvin was similar to the Sheppard affair in terms of pre-trial publicity.

“Pre-trial publicity is not an issue here,” he said in response to a question about the Supreme Court potentially weighing in. “Pre-trial publicity normally involves acquainting the public with evidence that will not come into trial. Everyone against Chauvin that was displayed about publicly before the trial was before the jury. So, where’s the damage?”

Brash, bold, and the mold-making archetype of an all-too-familiar (these days) sort of defense attorney who clamors — and receives — a lion’s share of public attention, affection, and scorn, Bailey’s legacy — equally flawed and triumphant — will stalk the annals of legal history like a big cat through the suburbs for untold years to come.